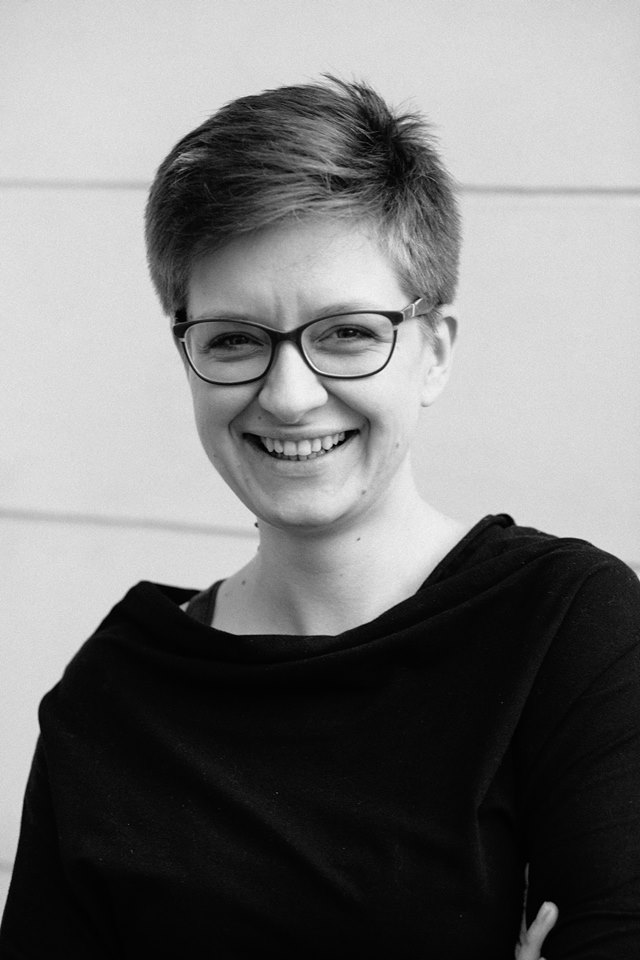 I write for the theatre because I envy Kushner’s Angels in America, Levin’s Krum, and Chekhov’s Three Sisters. I learned more about the world from Harper Pitt’s monologues than from scholarly dissertations. In general, I believe in the power of the hero – I believe that if a writer is able to capture such individuals on paper, it may not necessarily mean he or she may die in peace, but it allows us to live with the intimation that we have observed the world with care.

See below all the activities involving Anna Wakulik in the frame of Fabulamundi.

Anna Wakulik was born in Gdańsk, Poland, and studied at the Playwriting School (Szkoła Dramatu) of Teatr na Woli in Warsaw and at the Institute of Polish Culture at the University of Warsaw. She is a dramaturge associated with Teatr Dramatyczny, Warsaw. From 2012-2014 she was the Literary Manager at Teatr im. L. Solskiego, Tarnów. She was the Press Secretary at Teatr Atelier im. A. Osieckiej, Sopot, from 2006-2009.
She is the author of the play Zażynki (A Time to Reap) (Teatr Polski, Poznań, dir. Katarzyna Kalwat; The Royal Court Theatre, London, dir. Caroline Steinbeis; the play was nominated for a London Evening Standard Theatre Award in 2013, received the Journalist’s Prize in Teatr Polski Poznań’s playwriting contest Metafory Rzeczywistości, and was shortlisted for the All Poland Staged Contemporary Play Contest [Ogólnopolski Konkurs na Wystawienie Polskiej Sztuki Współczesnej]), and Bohaterowie (Heroes) (Teatr im. L. Solskiego, Tarnów, dir. Ewelina Pietrowiak).
She was a finalist for the Gdynia Dramaturgy Award (Gdyńska Nagroda Dramaturgiczna) multiple times: in 2010 for her play Krzywy domek (Crooked House) (in collaboration with the Teatroteka series, dir. Anna Wieczur-Bluszcz, 2016; Polish Radio Theatre, dir. Janusz Kukuła), in 2014 for Wasza wysokość (Your Highness) (which premiered at Teatr WARSawy, dir. katarzyna Kalwat; in collaboration with the Teatroteka series, dir. Agnieszka Smoczyńska, 2015; Polish Radio Theatre, dir. Julia Mark, 2017), in 2015 for Dziki Zachód (The Sentence), in 2016 for Błąd wewnętrzny (Internal Error). Her other awards and nominations include: 2009 finalist for her text Sans Souci in Teatr Polski Poznań’s playwriting contest Metafory Rzeczywistości; 2011 winner of Teatr Wybrzeże’s playwriting contest for Elżbieta H. (Elizabeth H.).
She has been published in the dramaturgical monthly Dialog (Dialogue) (including the plays Sans Souci, Elżbieta H., Zażynki, Wasza wysokość, Dziki Zachód). She was a Grant Recipient of the Polish Ministry of Culture and Cultural Heritage in 2013. She also taught creative writing at Collegium Civitas, Szkoła Dramatu, and the Warsaw School of Photography and Graphic Design.

A TIME TO REAP
For Marysia, a young woman growing up in Poland, the church’s influence spreads into every aspect of her life – even controlling her own body. Abortion is almost impossible to access, so when 17 years old Marysia becomes pregnant by a priest at a Catholic summer camp, she seeks the help of Jan, a gynaecologist who has grown rich performing illegal operations. Marysia knows Jan from the small village where she grew up, and as a child she played with his son, Piotr. The spoiled Piotr (who prefers to be called Peter these days) now lives in London.
Anchored by a recurring date – 15 August, the feast of the assumption of the Virgin Mary – but jumping around in time and hopping between Warsaw and London, play neatly captures a Poland in the midst of huge cultural and social change. Those changes entirely affect the choices Marysia can make over reproduction: in more ways than one, there are always three in Marysia’s sexual relationships.
The 25 years old Marysia is pregnant again: the child seems to be Piotr’s. Things get complicated: what the characters should do? How this pregnancy problem affects father and son relationship, how will it change the relationship between Marysia and Jan, what will Piotr, young student of London School of Economics, do? Will they be able to somehow live together again? Or maybe there are situations in life, when the broke up- even with your parents- is the only solution? Are we responsible only for ourselves? When our freedom ends? And how today’s freedom of moving around the planet changes our relationships?
This lively and inventive drama takes religion and morality seriously. It refers to the Bible and traditional religious songs, trying to find the roots of our identity.

The Sentence (Dziki Zachód)
A thirty-year-old judge, working on a notorious case involving an illegal immigrant, meets his mother – who is about to donate her kidney to him – after fifteen years. His alleged  illness turns out to be a pretext used to learn the truth of their separation, the source of their family’s trauma. Sixty-year-old Ewa is shrouded by a hijab, and the young judge hides  beneath the sober robes of Law. Their attempts to reconstruct bygone events turn into a perverse game as they embody characters from the past.
The painful confrontation between mother and son, verging on psychodrama, begins to resemble a trial, the outcome of which appears fore-judged. In the son’s eyes, the accused is not a traveller, photographer, immigrant, but above all, someone who endlessly leaves, searches and risks. A judge with a God complex, placing law above humanity, he sees his mother’s abandonment from the perspective of a fundamentalist and a xenophobe: The whole country will soon leave. Emigration is weakness. Emigration means surrender. In abandoning the native land, you take the easy route. You will always be considered a second-class citizen over there.
The mother’s failing is an unpardonable life sentence, and her suffering is deserved. You stuffed yourself with the world? Well now it’s time to puke it out.
Does Ewa have anything to her defense? Apart from blood, nothing connects mother and son. He longs for an ordinary life with transparent rules, fighting for an order that was once taken from him. As a self-imposed keeper of tradition and morality, he attempts to systematize his life. In his hermetic view, there is no place for someone going against the current, an independent citizen of the world. A reclaimed mother, who stepped outside the structure of a model family – and the borders of Poland – has no right to anymore mistakes. The world looks like the New York City subway. A melee of races, pushing, shoving, getting off at the wrong station, getting back on, returning, taking emergency exits to escape.
The accused mother chose freedom for the price of abandonment, only to later – not having found fulfillment – escape from it again by taking on the identity of a Muslim woman: I’ll tell you one thing – you can hide everything beneath the hijab. Beneath the hijab, you can be yourself. I don’t want to believe in nothing. I don’t want to endlessly feel like I’m falling. I want to believe in something. I want to give myself up to something. Have something confine me.
The emigrant woman’s son, an Islamophobe, turns out to be the offspring of an illegal immigrant, a Muslim. His personal experience of loss, and the contempt he feels for his ancestral religion, leads our hero to a complete and utter negation of his parents and to renouncing his very identity.
In posing questions about world borders – territorial, religious, cultural, as well as interpersonal and inner – The Sentence examines the consequences of crossing them, and becomes a tragedy of uprooting.

THE CROOKED HOUSE
Two sisters, 29 years old Klara and 20 years old Marta meet on their mother’s funeral in some provincial town in Poland. There are two versions of mother’s cause of death: diabetes and poisoning. But anyhow it happened, the worst thing is that she’s coming back and wants to talk to her children.

And the daughters are completely different: the younger one got married(without the older knowing it), she wants to stay where she was born with the man she loves, 20 years old technician Janek. The older one, Klara, escaped from mother’s world: she started her studies, travelled a lot, finally find her home in Norway with some older guy, Franciszek. But does he call the flat in Olso “their home” as well…? Is Marta pregnant although she doesn’t admit it? Does Klara want to have a child, or is she just playing with her “fiancé” (or “boyfriend” as he would rather call himself)?

The meeting between two couples and the ghost of the mother during the funeral and after funeral time push the characters to think about their life. How are the choices they made influenced by the circumstances they lived, especially mother-daughter bound? How  the past influence us? What’s better: to be ambitious and leave your secured life in a place where you were born, or to stay here- because even thought you travel a lot, nothing really changes if you won’t let it change? 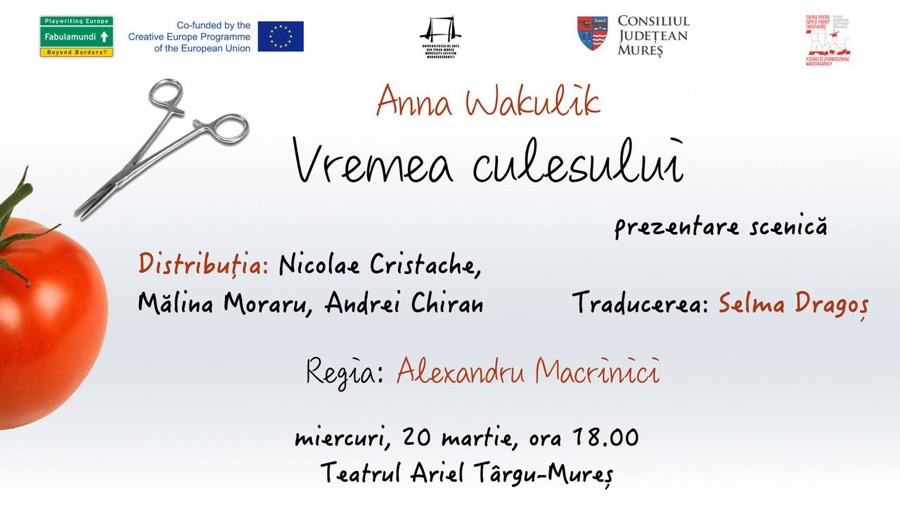 Journal: Anna Wakulik about her experience at University of Arts of Targu-Mures 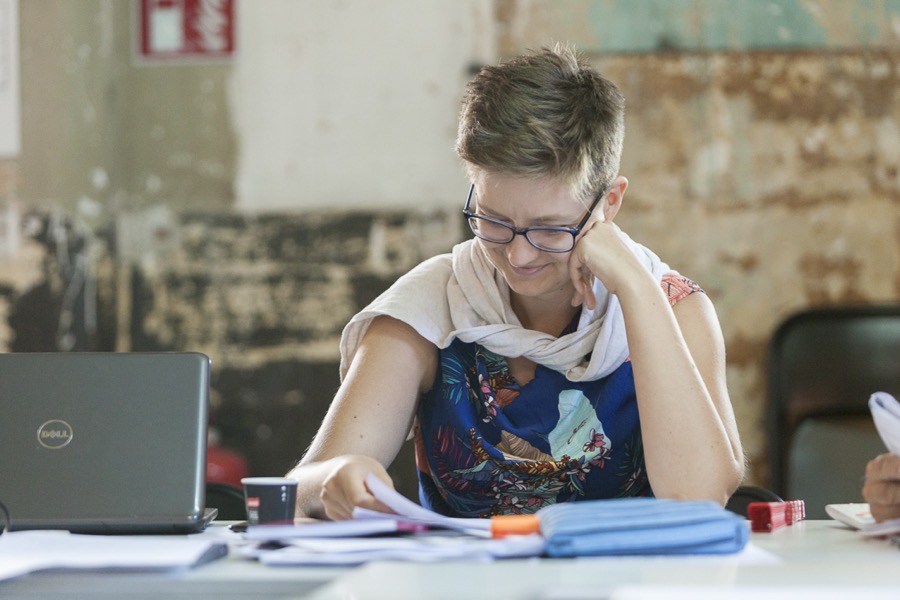 From 13th to 22nd July, the Polish playwright Anna Wakulik was hosted by Sala Beckett in Barcelona to hold a workshop and co-operate with the artists who were working on the stage presentation of her text A time to reap. Here we publish the journal of the author about her experience: A Time to Reap Anna Wakulik [...] 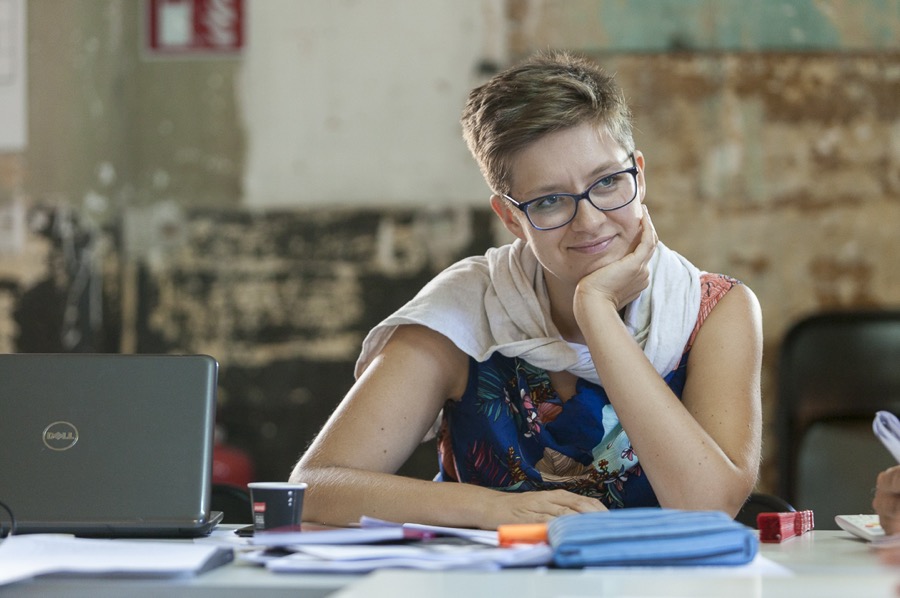 From 19th to 21st July the Polish author Anna Wakulik led the workshop Ain’t it funny? at Sala Beckett in Barcelona. Here we publish some pictures of the workshop. 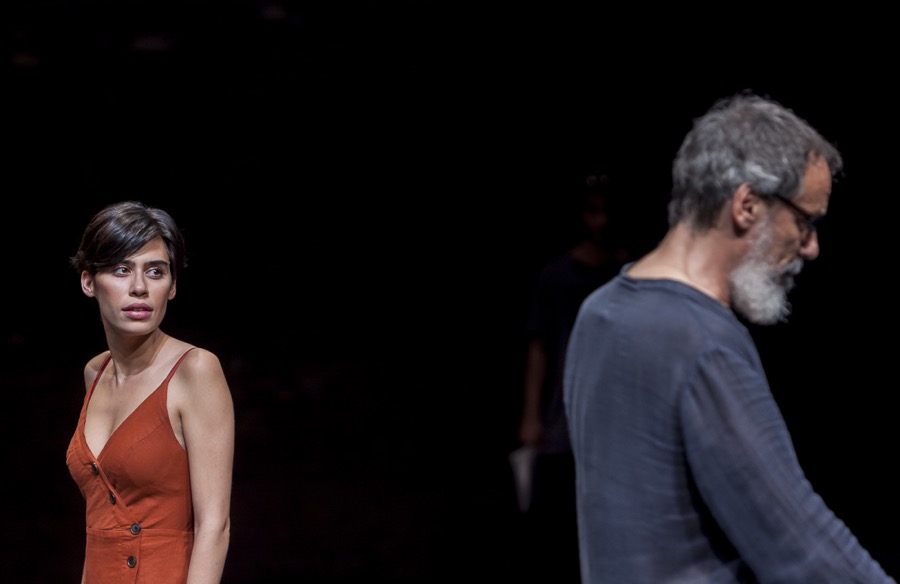 gallery: Stage presentation of “A time to reap” by Anna Wakulik at Sala Beckett (Barcelona)

On 19th and 20th July there has been the stage presentation of the text A time to reap by the Polish author Anna Wakulik at Sala Beckett in Barcelona. Here we publish some pictures of the show.