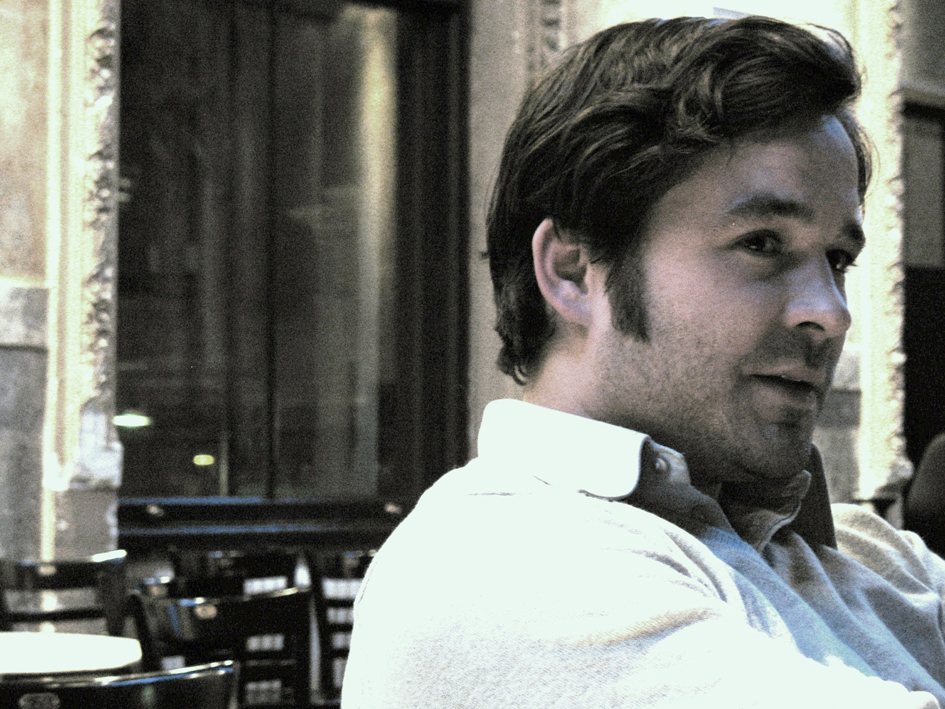 Instead of doing one thing after another, I became a playwright and a sociologist at the same time. This two-headed education, academic and practical, became my driving force ever since. Above all, theatre for me is an intervention into the so-called social, which is the mere structure of the production of meaning within society. Theatre is providing the toolsforlaboratory experiments. As all experiments need certain rules and frames, theatre has rules and frames as well, but enables the scientist to rewrite theses rules and push forward its borders, broadening, its frame.The audience is asked to be part of this process, not justto visit it from the outside. The great deal about theatre is therefor not opinion, theses or meaning delivered by artists to be consumed by audience, but arousing scientific curiosity, curiosity in matters of what matters to society.

David Lindemann was born in Herford (Germany) in 1977 and studied Sociology and Philosophy in Bielefeld and Berlin. He worked as a dramaturge at different theaters including the Volksbühne in Berlin. His first play “Koala Limpur” premiered at the Schauspielhaus Bochum with the famous actress and stage director Katharina Thalbach as the lead character. His following plays were staged (among others) at the Volskbühne Berlin, the Maxim Gorki Theatre Berlin and the Burgtheater Vienna. Many of his plays have been produced and broadcasted by the official German radio station “Deutschlandradio”. For the THEATER AN DER PARKAUE he wrote the play “Herr Fritz vom Geheimdienst” – a James Bond for children. David Lindemann lives in Freiburg.

Butcher’s Block
A German enclave somewhere in the world. Initially Herr Koch only came here to introduce his new Rwanda-cooking book on a TV show. He is a specialist in cooking under extreme circumstances in times of crisis. Together with the editor Burger he goes through the topics of the show, under the heading Cooking as cultural technique. But the truck which was supposed to deliver the saffron got stuck in a roadblock. In general, everything going on outside of the TV station seems to be out of control. All employees from the south of the city didn’t turn up for work today. Apart from Sulla who, however, does not seem to be there voluntarily. While Sulla is preparing Herr Koch’s make-up for the show she opens up another point of view on the situation in this country. In the end he does not only cook for his own life.
When the cook forgets to take of the round metal clip at the end of the sausage before cooking it, it will get lost in the pot and you will never find it again. It is possibly swallowed, gets stuck in the throat. Dyspnea. Death. Possibly.

Getränk Hoffnung (A sip of hope)
After the financial crisis. Herr Bond has to take care of some banking transactions. Open a new account, planning his pension, probably take out a loan. His first skepticism, because the bank assistant didn’t meet him in a bank but on a bench in the park, dissolves after the first shared beer. It’s spring, the sun is shining. They talk about almost everything but not about money. According to Frau Merkel it is, after all, not about his money but about his trust. Nevertheless Herr Bond wishes to consult an expert at some point, after all he has heard of the risks, and insists on securities. But at this point Herr Bond got something completely wrong. The banks changed. Trust is the new core business. After the expert smashed in his nose on the toilet of a discotheque, Herr Bond, now chastened, signs the contract. But the bank is not yet done with him. A sip of hope is a Utopia.
Fragmented present which projected into the future can be understood as a whole.

Speedy und der Freispruch in letzter Sekunde (Speedy and the acquittal at the last second)
In the 70s Speedy had acted in several car movies for which he feels ashamed today. Now he knows that they were not about freedom and the dissolution of boundaries, in reality the producers were hand in gloves with oil millionaires and fuel consumption was kept at an extra high rate. When the lawsuit for waste of resources against Speedy and his wife Jenny is resumed, Speedy manages to convince the jury that he wants to save, and he and his wife manage to regain the custody of their children.
Unsuspecting Sleepy and his wife Penny are sitting in a diner close to Death Valley. The children are asleep in the car. The Chinese host reveals to them that he is a bio-chemist who can create identical but corrected copies of parents. These could be granted the custody of children whose parents are unable to care for their children. Sleepy and Penny are shocked as they see themselves as perfectly caring and responsible parents. Of course they are, because they are already corrected copies, created by the Chinese. At this very moment the originals dismount from a bus. In what follows the boundaries between original and copy blur and convictions, values and self-perceptions begin to unravel.