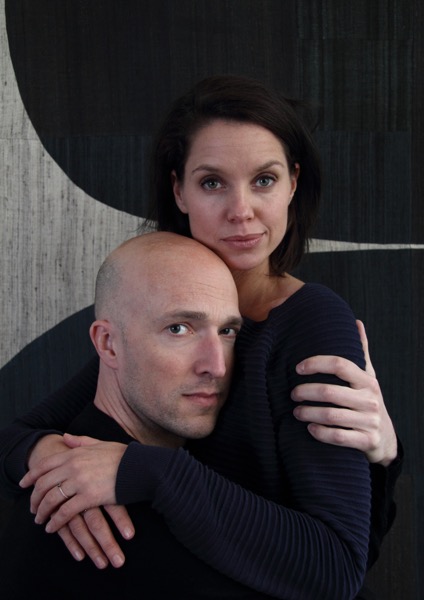 Eva Marie de Waal was born in Amsterdam and grew up in Hilversum. She first studied modern dance at the Rotterdam Dance Academy and history at the University of Amsterdam and then went on to study at the Amsterdam Theater School. She graduated in 2009. Since then she has been working as a freelance actress in theater groups, TV series and films. She also creates her own pieces; conceiving, writing, choreographing and playing in collaboration with others.

Sieger Sloot (1977) graduated in 2000 from the Amsterdam Theater School. Since then he has acted in plays such as Hurly Burly by De Praktijk, Cloaca and The Discovery of Heaven by Hummelinck Stuurman, De Hulp (The Cleaner) by Maria Goos and Superkapitalisten (Super Capitalists) by Mosquitowiththegoldentooth. With this group he also played in Kunsthart (Artifiical Heart), which was selected for the Theater Festival. He wrote the play Superkapitalisten in which he also acted, together with Eva Marie de Waal.

They are currently working on a new play for Mosquitowiththegoldentooth: Sociaal Kapitaal (Social Capital).

‘Egoism should be the most important of men. You should only do the things you want to do yourself; in the end, this is best for the world,’ said Ayn Rand. This influential American philosopher was befriended with one of the most powerful men in the world, Alan Greenspan, Chair of the Federal Reserve of the United States from 1987 to 2006. In 2008, the financial crisis breaks loose. The economical policy Greenspan created, inspired by Rand’s ideas, is considered one of the causes for this crisis. On the verge of his interrogation by the House of Representatives, Greenspan panics. How did it come this far?
Young theatre makers Eva Marie de Waal and Sieger Sloot are not trying to create a historical correct reconstruction. They are fascinated by Rand’s thinking and ideas. Based on the famous book ‘The Fountainhead’, Rand’s breakthrough in 1943, they try to get a grip on Rand and Greenspan’s ideas and the possible consequences of the financial crisis on their own lives.