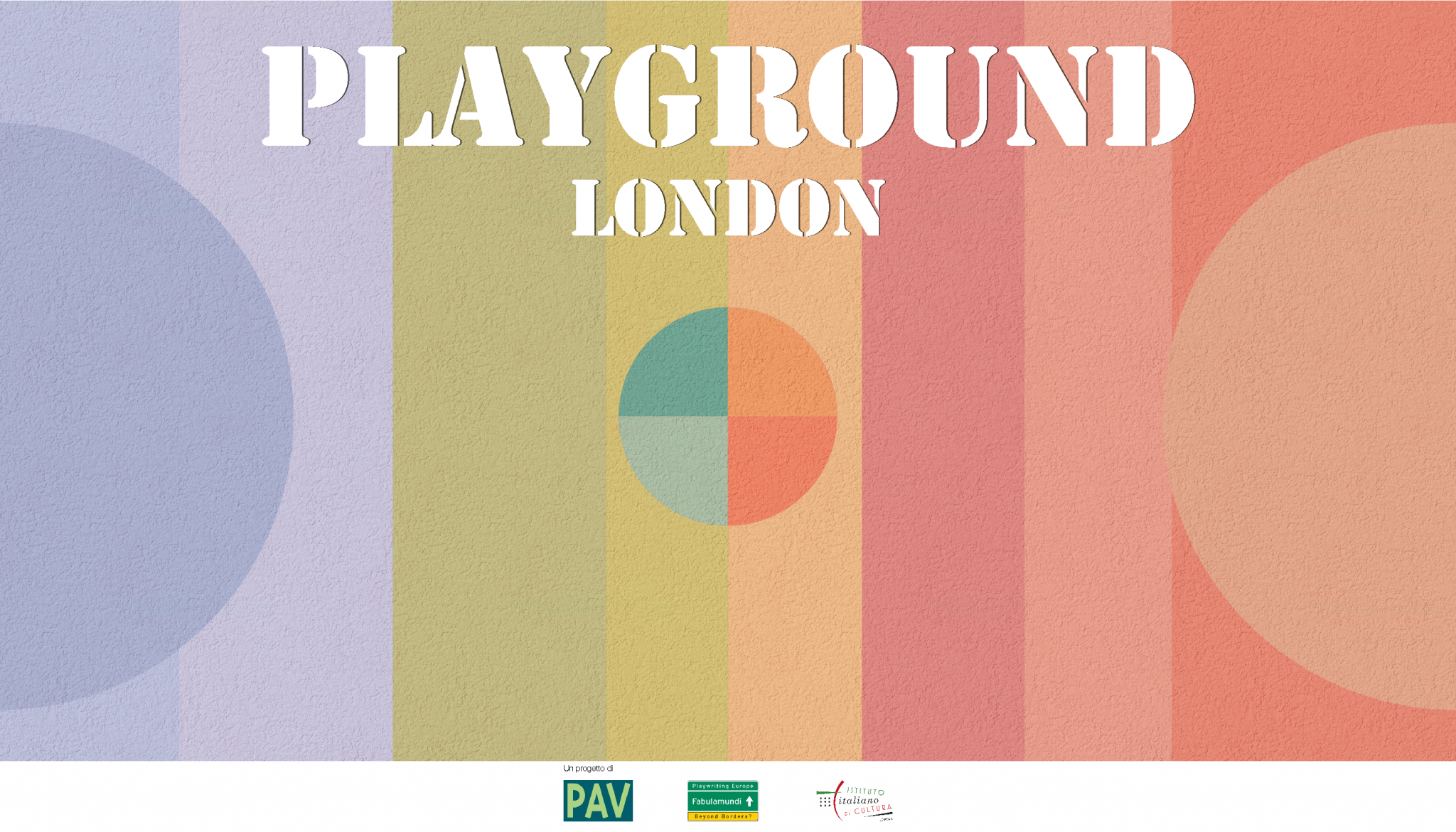 From the renewed synergy between PAV / Fabulamundi Playwriting Europe and the Italian Cultural Institute in London, comes back the text-development workshops of PLAYGROUND London.

From July to October, three online sessions will focus on new writings of Italian playwritings, translated into English and worked through workshops thanks to the precious collaboration with directors, translators, and artists of the British scene.

Four Italian playwrights, Francesco Alberici, Valeria Belardelli, Francesca Caprioli and Valentina Diana will work with two directors with an international background, Ellen McDougall and Omar Elerian, along with their artistic teams, to explore the scripts translated into English.

With the translation and dramaturgy support of Margherita Laera, the three R&D workshops of PLAYGROUND will experiment with mechanisms of writing and representation by decolonizing dominant languages, questioning scripts and characters as they appear on the page, and discussing wider issues of translation and adaptation from different cultural contexts.

From July 18 to 22, English director Ellen McDougall and Margherita Laera as dramaturgy consultant will work with Italian authors Valeria Belardelli and Francesca Caprioli on their text Tipping Point which explores the intertwining of the climate crisis and a complicated relational dynamic between a mother and a son long apart.

From September 19 to 23, Italian-Palestinian director Omar Elerian together with a cast of English actors and actresses will work on Grande Spavento by the Italian playwright and writer Valentina Diana. Translated into English by Margherita Laera, the text portrays a group of people interested in sharing a path to cure their unhappiness through the connection with plants.

From October 10 to 14, at the end of this new round of R&D workshops, director Omar Elerian together with Margherita Laera and a selection of English performers will focus on Bidibibodibiboo by the Italian author and actor Francesco Alberici who writes about the descent into the corporate hell of the e-commerce industry.

The last day of each of the three workshops, July 22nd, September 23rd and October 14th, will be dedicated to a public opening, inviting directors, artists, and professionals to attend the readings and take part in a session of Q&A.

Thanks to its experience proven in almost a decade of activity and with its extensive network of partner theatres, authors and texts of contemporary dramaturgy representing 18 European countries, Fabulamundi Playwriting Europe creates with PLAYGROUND a showcase of languages and diversified formats, once again placing at the centre of its action theatrical writing and the creative process that continually leads it to the stage.