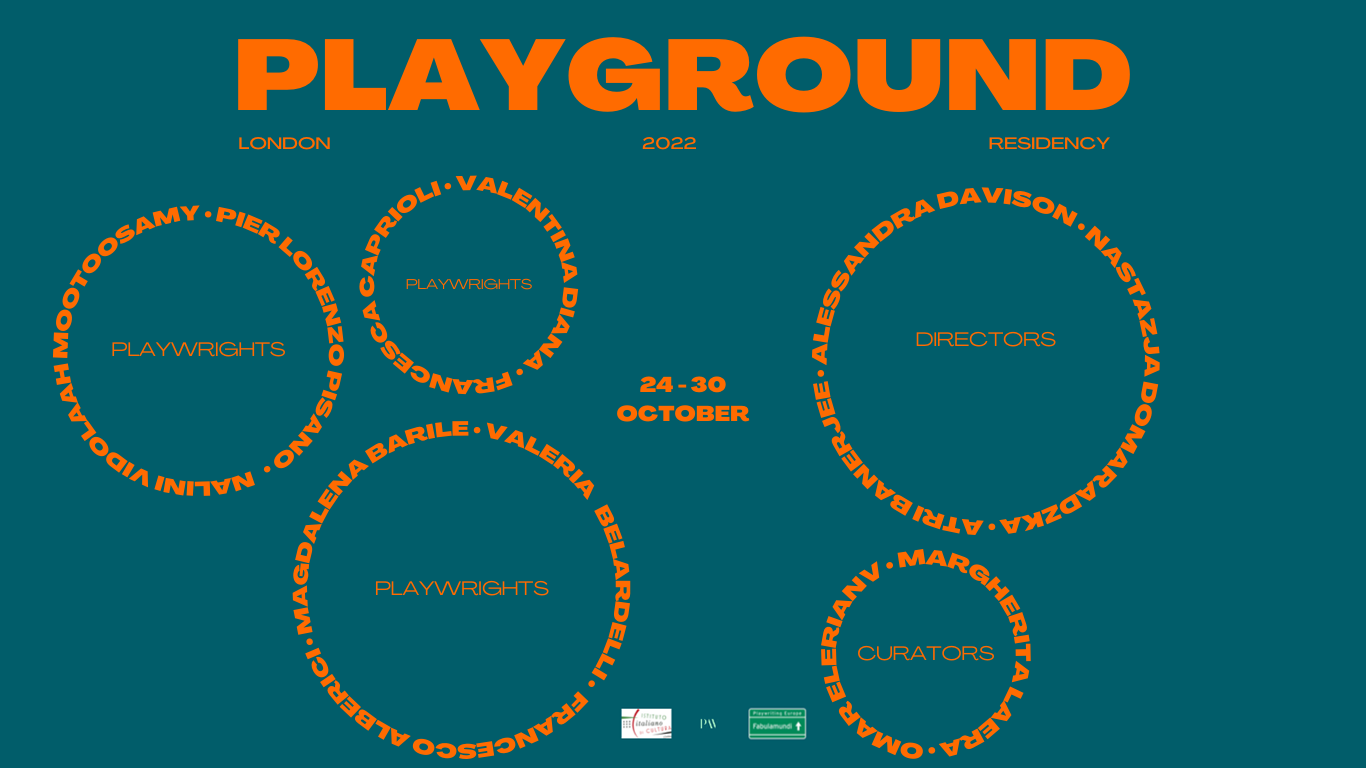 Born from the fruitful and tested collaboration between PAV/Fabulamundi Playwriting Europe and the Italian Cultural Institute in London, the project, curated by the Italian-Palestinian director Omar Elerian and by Margherita Laera, translator and dramaturgy consultant, represents a further phase plunge into the writings of the selected playwrights as well as a precious opportunity to exchange visions and practices with artists and professionals of the English theater scene.

During the residency week, the Italian authors will have the opportunity to work with three English directors, Atri Banerjee, Alessandra Davison, Nastazja Domaradzka, and their respective casts on a selection of scenes from their translated texts, and to meet artists and producers of the English scene, in a synergistic systemization of some of the most fervent British theaters dedicated to contemporary drama: Royal Court, Almeida, National Theatre, Young Vic, Bush Theater .

The residency will see the seven Italian playwrights involved in:

Working Groups: to work on the selected scenes together with English directors and actors/actresses;
Talk/Meetings of knowledge, study and exchange with literary managers and dramaturgs of London theatres;
Visions of evening shows.
At the end of the residency, on Friday 28 October, the Royal Court will host the final opening of the project during which it will be possible to attend the reading of the seven extracts from the texts and share the work process with authors and cast developed during the week.