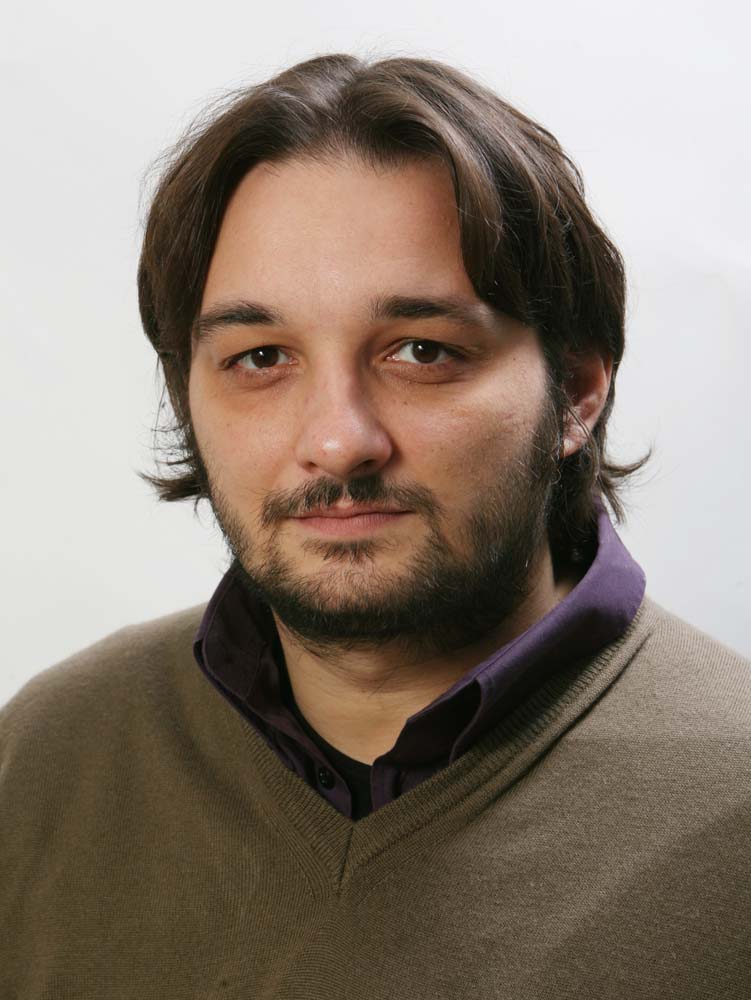 My relationship with the authorship of playwriting is closely linked to my personal approach to writing, focused on real people or renowned fictional characters. My selected works deal with three stories that fascinated me for their absolute ambiguity: the relationship between Francis Bacon and his lover, Martin Heidegger’s involvement with National Socialism, and the life of a cloistered nun who was asked to mend the Holy Shroud and therefore to reflect on the image of the Father.

Federico Bellini was born in Forlì, Italy in 1976.
In 2002 he’s worked as an assistant to Antonio Latella for the play I Negri, produced by Nuovo Teatro Nuovo in Naples. Since then he’s collaborated with Latella as a playwright and dramaturg for the following plays: Querelle (co-written with the director) from the novel Querelle De Brest by Jean Genet (2002), produced by Nuovo Teatro Nuovo and Teatro Garibaldi in Palermo; I Trionfi, from the poem of the same name by Giovanni Testori (2003); Elsinor; La cena de le ceneri , from the philosophical treatise of the same title by Giordano Bruno (2005); Studio Su Medea, based on Euripides (2006), produced by Festival Delle Colline Torinesi in collaboration with Teatro Stabile dell’Umbria and Totales Theater International (Berlin); Moby Dick, based on Melville (2007), produced by TSU and Teatro di Roma; Non Essere – Hamlet’s Portraits (Not To Be – Hamlet’s Portraits) (2008), Festival Delle Colline Torinesi and TSU (as an assistant to the dramaturg); Le Metamorfosi e altri Racconti, (dramaturg in collaboration with Antonio Latella and Sybille Meier), based on Kafka for Schauspielhaus Köln (2009); Don Chisciotte (Don Quixote) (2009), NTN Napoli; Mamma Mafia (dramaturg in collaboration with Giuseppe Massa and Sybille Meier) for Schauspielhaus Köln (2011).
In the Antonio Latella directed 2010/2011 season he was the inhouse dramaturg for the Nuovo Teatro Nuovo in Naples, writing the monologues Caro George (directed by Latella), Prometeo (directed by Pierpaolo Sepe) and Il Velo (directed by Thomas Tuzzoli), along with a text inspired by the story and philosophy of Martin Heidegger: Tutto ciò che è grande è nella tempesta (directed by Andrea De Rosa). He also wrote the theatre adaptations for Incendi (directed by Agnes Cornelius) and Brand (directed by Thomas Tuzzoli).
In 2011 he wrote with Linda Dalisi and Antonio Latella the play Francamente me ne infischio directed by Latella; in 2012 he was the dramaturg for Studio sul Simposio di Platone, directed by Andrea De Rosa and produced by Emilia Romagna Teatri.
In 2013 Bellini was the dramaturg – in collaboration with Antonio Latella – for the plays A. H. and Die Wohlgesintenn (The Benevolenst).

CARO GEORGE (Dear George)
Paris, October 1971: a retrospective exhibition crowned Francis Bacon as one of the most important painters of his time. On the eve of the exhibition George Dyer, Bacon’s lover and model, committed suicide in the hotel room where the couple was staying. In front of the paintings depicting George, Bacon relives the relationship with his partner in the precise moment when artistic triumph and personal failure are melting and inescapably becoming part of the act of painting.

IL VELO (The Veil)
In 1532 a fire in the Sainte Chapelle in Chambery was about to burn the Shroud forever. Two years later, three Poor Clare Sisters from the same city did mend the sacred veil with great devotion and expertise, giving us back the image of a Christ who was not only wounded by Passion but also by the negligence of the men who were supposed to guard the imprint of his body. I have tried to reconstruct the story of one of the three Sisters who were called to carry out this task, following texts and testimonies of the time; such a demanding commitment which on the other hand offered these women of faith the unique opportunity to face directly the sacred image.

TUTTO CIÒ CHE È GRANDE È NELLA TEMPESTA (All that is great is in the storm)
In 1933 Martin Heidegger, perhaps the most important philosopher of the twentieth century, was appointed rector of the University of Freiburg. On May 27 of the same year Heidegger pronounced the inaugural speech in front of the university students: this infamous speech was destined to become the cause of serious allegations of collusion with the Nazi regime. Starting from a hypothetical commemoration of the master by some of his students, including Hannah Arendt, the play tries to investigate the so called shadow of Heidegger and the allegations of collaboration with the Reich, a thesis supported by one of the characters called Thomas Bernhard.