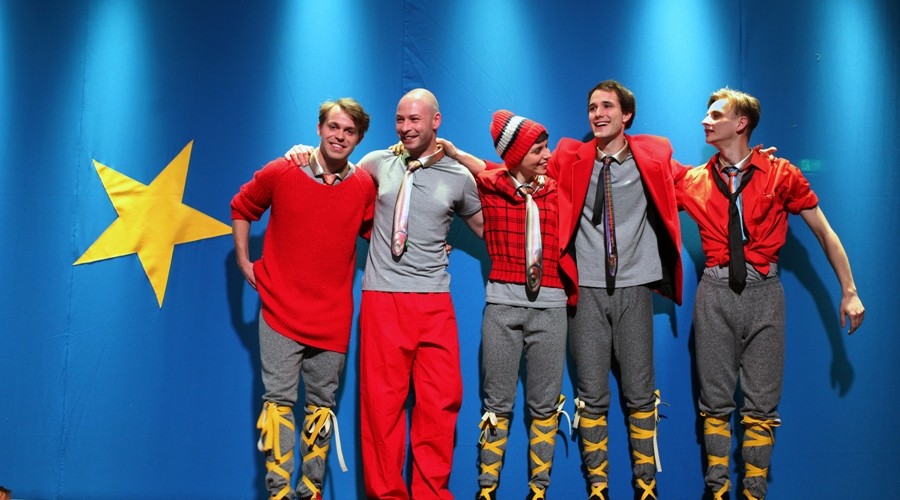 This eleven year old girl won’t stay put. She plays with rubber-bands in class as the teacher speaks. She plays as if she were a free kid. She dreams of giraffes and cannot sit as still as her classmates do. Her mother has moved her to yet another school because she does not fit in. She’s not a leading student. Not a productive kid. Something of a misfit. The history teacher handcuffs her with the coloured elastic bands she’d been playing with during the lesson about democracy. The educator who teaches about democracy disciplines the little girl in an aggressive and authoritarian way, restricts and restrains her. Violence creeps over to her classmates. They emulate their teacher’s conduct and attack the girl. The class teams up to silence their classmate. The girls falls silent. She stops dreaming of anything. Tomorrow her mother will remove her to yet another school. But which school will allow her to remain herself: an unsubdued, free child?
Bad Kids is a play about violence and submission. About imagination being reprimanded as it dares express itself. About rules and abuse which weigh down on the children’s freedom.
Bad Kids is a one-woman-show in which the actress performs the several social parts each of us plays in this increasingly brutal society where school mirrors the dynamic of the adult world we live in.
Bad Kids is a play about the education system in Romania, about the shapes violence can take when apparently harmless discipline-keeping turns into a collective threat and about the balance of power among teachers, parents and schoolchildren.