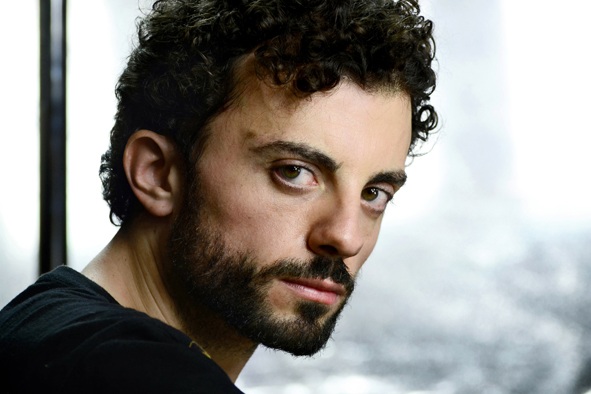 Giuliano Scarpinato was born in Palermo in 1983. After majoring in Modern Literature at the University of Palermo in 2006, he specialised as an actor at Scuola del Teatro Stabile di Torino, founded by Luca Ronconi and directed by Mauro Avogadro. In 2014 he made his debut as a director and playwright with Fa’afafine, the story of a gender-creative child, Alex White, receiving the Scenario Infanzia Award (2014), the Infogiovani Award (2015), the Eolo Award (2016). In 2015 he wrote and staged an adaptation of Elektra by Hugo von Hofmannsthal, winning the Attilio Corsini Award (2016). In 2017 he wrote and staged Alan e il mare (Alan and the sea) inspired by the true story of little syrian refugee Alan Kurdi, and Se non sporca il mio pavimento – un mèlo ( If it does not dirty my floor – a mèlo), based on a recent italian crime story, the murder of Gloria Rosboch. These two plays were written in collaboration with italian playwright Gioia Salvatori. His latest works are ‘A Supirchiarìa (The Abuse, 2018), dedicated to the figure and work of sicilian writer Leonardo Sciascia, and Ovid Hotel (2018), inspired by Yorgos Lanthimos’ film The Lobster. After reaching in 2018 its third year of tournèe, with almost 100 performances all over Italy, Fa’afafine will make its debut in Paris in may 2019 (Theatre de Montreuil / Theatre de la Ville).

There’s a word in the samoan language for those people who do not identify as the male nor female gender: they are called fa’afafine, and recognized as a third sex deserving respect and consideration. Alex does not live in Samoa, but he would still love to be a fa’afafine: he’s a gender-creative child, or just a girl-boy, as he prefers to say. Today is a special day for him: he wants to tell his classmate Elliot that he loves him, in a very special way. So what should he wear for the occasion? Princess dress or soccer shoes? Aviator glasses or flower necklace? Alex has always been sure about what he wants to be: a boy in the odd days and a girl in the even ones, he says. But not today, he’s in love for the first time, and feels like nothing can be enough. Outside Alex’s room are his parents, Susan and Robert: the child doesn’t want them to come in. He’s afraid they won’t understand or will punish him since no one has taught Susan and Robert what to do with such a special kid. They have been thinking he was a problem for their lives and have tried to change him. But today is a brand new day: everything is going to change.