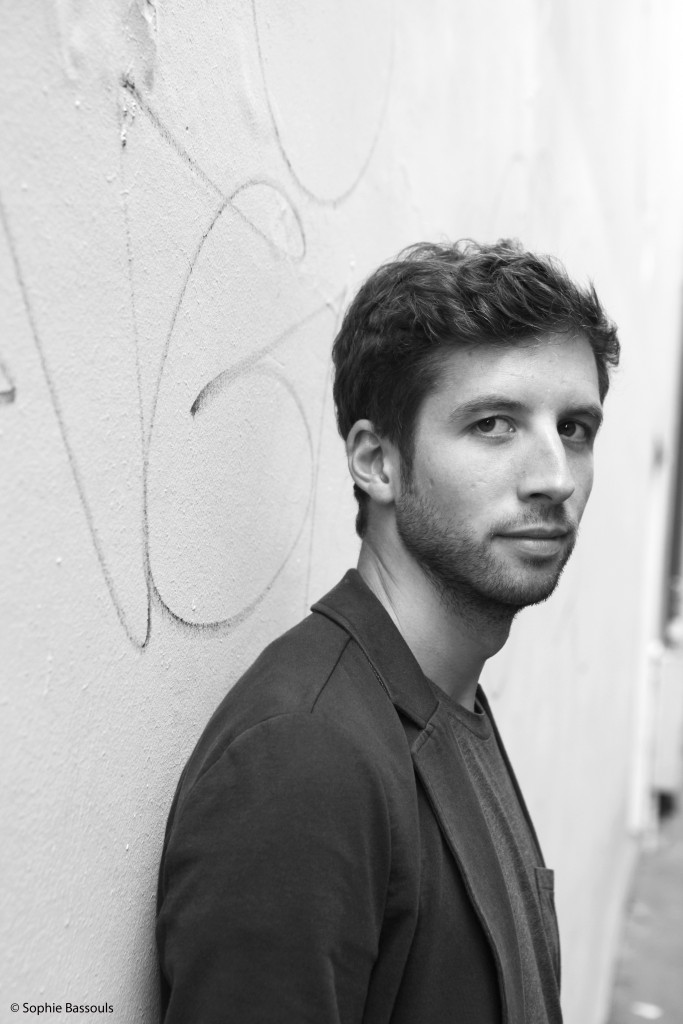 Writing and wandering are one and the same for me. Starting from a fact, a territory, a sentence; I start dreaming, fantasizing, raving a little, in order to create a mental architecture. Then I gather research on the phenomenon I decided to examine through writing. I collect data, (always incomplete) knowledge, I watch documentaries if they exist, I look at photographs, I read articles and I delve into literature I imagine to be in close relation, in style or theme, to my subject. After all this time has passed (and I need so much time), I try to write. This is where problems begin. This is where everything starts – the real wandering.

Born in 1986, Guillaume Poix is a writer and stage director. In 2014, he published a first play, Straight, at the Éditions Théâtrales. The play is selected at the Regards croisés Festival and was awarded the Aide à la creation by the CNT and the 2014 Journées de Lyon des auteurs de théâtre prize. Straight also received the Prix Godot des Lycéens and the Prix Sony Labou Tansi des Lycéens in 2016. He also wrote Wave (commissioned by the French Institute in Cotounou where the play was produced in 2015), Waste (“Coup de cœur” of the Apostrophe – Scène nationale de Cergy-Pontoise’s reading committee and created by Johanny Bert at the Poche/GVE en 2016), Et le ciel est par terre (awarded the CNT’s Aide à la création, selected by the Comédie-Française’s reading committee and read at the Mousson d’été in 2016, laureate of Prix des lycéens Scenic Youth for new dramatic writing at the Comédie de Béthune –  Centre dramatique national des Hauts-de-France and selected by par France Culture in 2017) and Tout entière (self-directed at the Préau – Centre dramatique régional de Normandie-Vire in 2016). He was associate playwright at the Geneva theatre Poche/GVE in 2015-2016. He has worked with Christian and François Ben Aïm to write Brûlent nos coeurs insoumis, a choreography partition created in 2017 at La Garance – Scène nationale de Cavaillon. This same year, he directed WIP with Pauline Sales (four plays written by Roland Schimmelpfennig, Vincent Farasse, Pauline Peyrade and himself) at the Comédie de Saint-Étienne – Centre dramatique national.

Agbogbloshie, Ghana : over 3,000 people live and work in an open landfill site made-up of most of the planet’s electronic waste. Every week, hundreds of tons of used smartphones, laptops and tablets hailing from Europe or the US are unloaded by cargo ships in this nightmarish place. Jacob is 13 years old. Two friends, Isaac and Moses, initiate him to scavenging in this huge heap that exhales toxic fumes and courses with heavy metals.  Forced to contribute to the many types of trafficking that supply a wretched business, Jacob, adult-child, roams this insalubrious mountain where everything, even language, is soiled, to find a little bit of air and life.

and the sky is below

In a neighbourhood scheduled for demolition, a family (a mother, her son and her two daughters) loses several loved one and faces grief. As the seasons go by, the family needs to carry-on and rebuild their lives. When everything around them is set to disappear, secrets crumble, people are beaten down but their words sharpen. There is no other way to show love than by fighting. In this huis-clos dark comedy, the borders of intimacy are continually shattered, and the outside world provokes fear. The only way to escape seems to be denial.

Straight
Characters : 7 women – 5 men
Because of Apartheid, South Africa has been marginalised for a very long time. But when segregation finally ended, Nelson Mandela, the new President of the country, worked hard in order to bring back the «Rainbow Nation» together. In spite of his activism, utmost violence still prevails, especially aiming at women. Among them, the lesbians, who can however get legally married since 2006, face an endemic brutality: «corrective rape», which also leads to torture and murder. According to the rapists, these crimes are committed with the stated goal to re-educate the lesbians and put them back in a «straight motion of way». Straight deals with this recent history : using flashbacks, the play shows a group of lesbian activists preparing a happening during the 2010 FIFA World Cup, explores their personal lives, and depicts the imaginary trial of one of their rapists.

Waste
Characters :1 woman – 7 men
Agbogbloshie, Ghana : over three thousand people live and work in an open-air dumpsite made of electronic waste coming from the USA and European countries. Every week, hundreds of tons of used smartphones, laptops and tablets are unloaded by cargo ships in this «digital dumping ground», which has now become one of the most polluted site on earth. Jacob is 13 years old. Two of his friends, Isaac and Moses initiate him to the «search» they daily practice on this huge and metal mountain that radiates toxic fumes. Forced to contribute to all the traffics that supply a wretched business, Jacob, not anymore a child and not yet an adult, paces up and down the dump where everything, even language, gets soiled.

Eau Forte
Characters : 2 women
Amsterdam, Red Light district: at the water’s edge, Linda works in a show case where she sells her body. One day, she takes an abrupt and strange girl in, Julia. Linda offers Julia to teach her the «job». Getting to know and tame one another, Linda and Julia join forces and invent a life together in order to create a refuge. Because behind the shop window, both eager bodies and water-appeal need to be blocked. 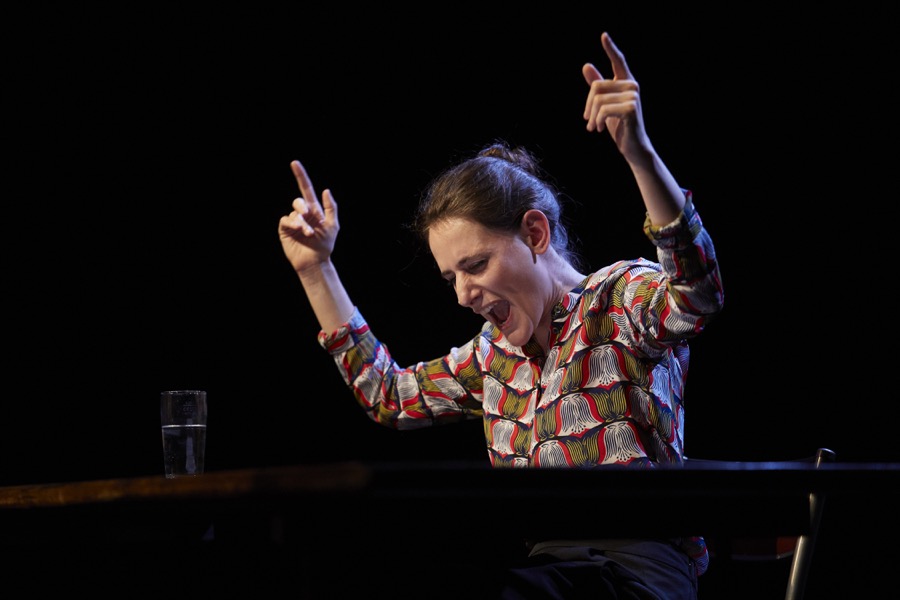 On 28th November, the mise en voix of Qui croire by French author Guillaume Poix took place at Théâtre Ouvert. Mise en voix by Guillaume Poix with Sophie Engel sound creation by Guillaume Vesin lights and set design by Sébastien Marc Like it or not, religion innervates our daily life. It may be decided to disdain the stakes, whatever they are, in the name [...]