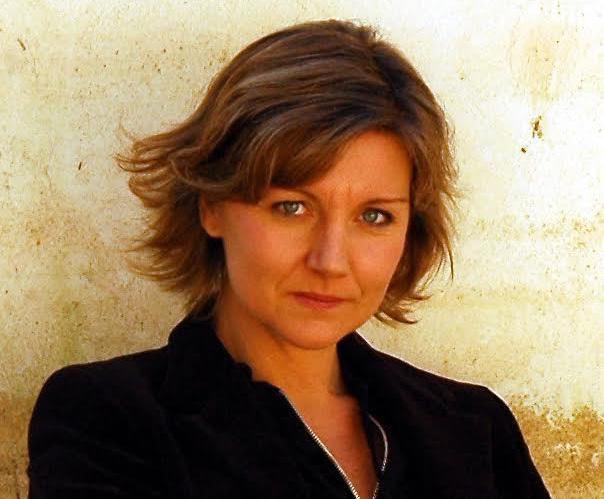 Born in Reykjavík in 1965, Hrafnhildur Hagalín graduated from the Reykjavík College of Music as a classical guitarist and later studied Lit- erature and Theatre at the University of Sorbonne, Paris-III. Her first play, “I am the Maestro”, was produced at the Reykjavík City Theatre and won the Icelandic Critics ́ Award in 1991 and the Nordic Theatre Prize in 1992. It has since been translated to many languages and produced widely around the world, including Australia, France, Italy, Poland and the USA. It was nominated as Best Foreign Play in Italy 2004. “Easy now, Electre”, Hrafnhildur ́s second play, premiered at the Icelandic National Theatre in 2000 (nominated to Gríman, the Icelandic Theatre Prize 2001 and The Nordic Theatre Prize 2002). It was produced in France in 2008. Her other plays include “North” 2004, “Salka Valka” (an adaption of the novel by Halldór Laxness) 2005, a television play and several radio plays including “Loners” (Gríman Icelandic Theatre Prize 2011, Prix Europa nomination 2011) and Open House (Gríman 2013, Nordic Radio Drama Award 2013, Prix Europa 3. Place 2013). Her most recent stage plays are “Guilty” 2013 (Nordic Drama Train 2014/15, produced In New York off off Broadway 2017) and Avalanche, a documentary play cowritten with actor Bjorn Thors, Reykjavík City Theatre 2016 (Prix Europa nomi- nation 2016).
Hrafnhildur ́s plays have been published by Mál og menning in Reykjavík, Iperborea (Io sono il Maestro, 2003) and Oxford University Press (Easy now, Electre in Anthology of Modern Women Playwrights of Europe, 2002 ).
Hrafnhildur is dramaturg at the Reykjavík City Theatre. She is represented by The Nordiska https://nordiska.dk

An intense and thrilling chamber play based on an authentic Icelandic criminal case from 1837, where an 8-year old girl was molested by a farmhand, who turned out to be the mother ́s lover. The play was the Icelandic winner of the Nordic Drama Price Train in 2014.

The plays presents the audience with a grim tale of fatal attraction in the remote desolate moors of the northern coast of Iceland where fog, sea, and frost merge into an implacable darkness that permeates the soul. The dramatic structure merges a courtroom drama with a memory play using multiple points of view, a bit like “Rashomon”, through which the act of the crime is gradually revealed while our per- ceptions of the character motivations and the consequences to them are undergoing a blurring and shifting under the presiding judge’s questioning. Contemporary Icelandic playwright Hrafnhildur Hagalín revisits this infamous case with , a verse play that examines issues of obsession and mercy which cling to it to this day.