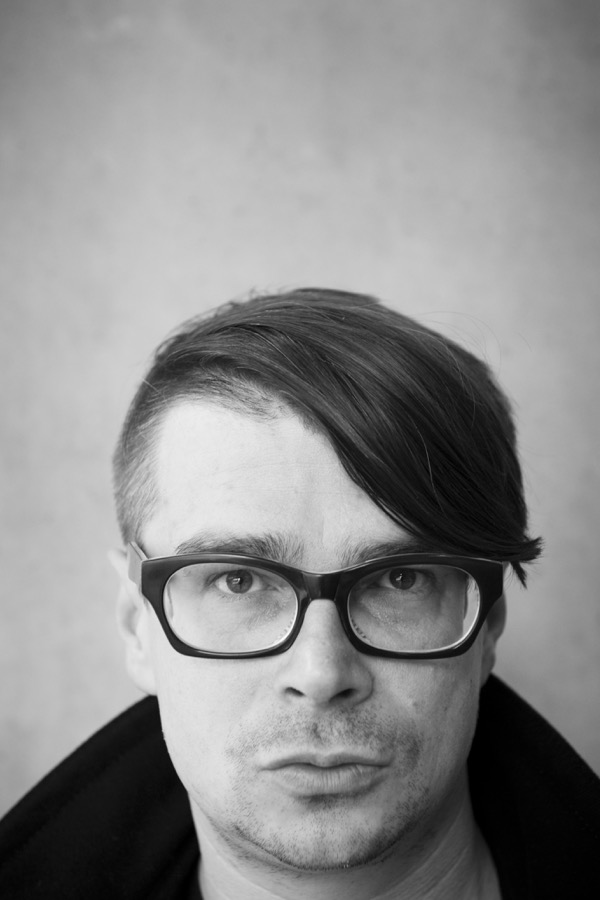 Jaroslav Rudis (1972) mostly builds his drama works on his prose. From the different angles he examines in the form of storytelling the existential situation of a man in society, his determination by the experience of the past, the inability to escape his inner traps and childhood memories. The personal story is connected with general history, both ancient and recent one. Various metaphysical moments, in which the real and dreamy plane blends, enter the reality of his plays.

Jaroslav Rudiš (1972). Novelist, playwright, screenwriter, publicist. He grew up in Lomnice nad Popelkou. He graduated from a high school in Turnov, then from History and German Studies at the Faculty of Education of the Technical University of Liberec. Between 2001 – 2002, he obtained a journalism scholarship at the Free University, Berlin. He has worked as a journalist and is still contributing to both Czech and German media. Between 2012 – 2013, he was a visiting professor at Humboldt University, Berlin, where he taught creative writing. He regularly performs in the Czech Republic, Germany and other countries with the Kafka Band, for which he writes texts based on Franz Kafka’s work. Together they released the album Das Schloss. For ten years now he has been organising, together with the poet Igor Malijevsky, the EKG literary and musical cabaret at the Archa Theatre; with Petr Pýcha he wrote, among others, the theatre and radio play Summer in Lapland, Strange Love, Salzburg Goulash or Man-eaters; with Martin Becker, the radio play Lost in Prague and Plattenbaucowboys for WDR, a German radio station and Exit 89, a Czech-German libretto for for the Archa Theatre. As a writer, he debuted in 2002 with the book Sky under Berlin that won the Jiří Orten Award.

Together with the artist Jaromír 99, he published a graphic novel trilogy Alois Nebel (2003-2005) about solitary train dispatcher from a small station close to the mountains by the boarder, which was adapted into a film version in 2011 (directed by Tomáš Luňák) as well as received numerous awards including the European Film Award for the Best Animated Film . His other books include Grandhotel, Silence and The End of Punk in Helsinki. So far, his latest work Národní třída (National Avenue) came out in Czech in 2013. The main hero unleashed the Velvet Revolution in Prague’s Narodni třida in 1989. In all his novels, the history of Central Europe is influencing our present days. His works have been translated into German, Polish, French, Spanish and other languages. The theatre adaptation of Narodní třída was staged at the Feste Theatre in Brno (2012) and at the Bremen Theatre and at the State Theatre in Dresden (2017). In the same year, the radio broadcast adaptation was firstly introduced on the waves of WDR in Cologne. With director Štěpán Altrichter, he is working on film adaptation of the novel. It’s production should start in 2018. He also participated in the screenplay and concept of German television criminal series Kripo Prag for ARD. For the Bremen Theatre, he and the Kafka Band have adapted Franz Kafka‘s novels Castle and America. In 2016, Feste Theatre premiered the play Waiting for the End of the World that takes place in a male sauna. Alternately, he lives in Berlin and Lomnice nad Popelkou. He writes in Czech and German.

He calls himself Vandam. As Jean-Claude van Damme. He’s a hero. A warrior. Continental. He knows all about the battles. In both personal and historical sense. He has an opinion about everything. Politics. Women. The world.

In the curial year of 1989, he stood in Prague on Národní třída, where on November 17 a demonstration leading to the fall of the communist regime in the former Czechoslovakia took place. It was Vandam, who with his first punch turned the wheels of history, as he says. That was a long time ago. And since then, much has changed. During the day he paints the rooftops of the blocks of flats on the outskirts of Prague. In the evening sits in the Severka pub. This is his world. Here they celebrate. Here they chat. Here is where they argue about politics. Here is where they swear. Here is where Vandam occasionally breaks someone’s teeth and teaches them about life, as he says. He likes Lucka, the tapster, a sympathetic, vigorous woman who is bruised like he is. He would like to be with her. And maybe she with him. But it’s not easy. Both of them have a lot of scars from the past.

In an impressive monologue, Vandam explains his heroic actions. Past battles and wars. Waiting for more wars and battles to come. He tells the story of today’s Europe. About his family. About his father, who built the blocks of flats, and who, one winter night, swung over the railing of their apartment and fell into the depths. About his grandfather, who had escaped from the bombed Essen at the end of the last war, and lost all his teeth on his way home. About his son, who he cannot see in person. Vandam loves to talk and likes to provoke. Perhaps by sometimes raising his right arm in the Roman greeting manner. And then he says, “Czech humour.”

Vandam is expecting a catastrophe. A great war that will blurs all around us. That’s why he exercises every day. But the war that will eventually come, is unexpectedly small and common. Before the tragic final comes to an end in the middle of a deep dark forest, which begins just behind the blocks of flats, Vandam and Lucka end up in his apartment. For a while it looks like everything could end well. Both of them lie naked. They do not pretend anything. They are just talking. They try to get closer. They make love to each other. But in the end, they’re just going to miss out on the opportunity.

The Narodní třída was first staged in 2012 by the Feste Theatre in Brno, directed by Jiří Honzírka. The production had forty reruns. In 2013 the text was published as a novel by Labyrint Publishing House. The book was translated into German, French, Polish, Spanish, Hungarian and Dutch.

WAITING FOR THE END OF THE WORLD
Casting: variable

Sauna. Showers. Cooling pool overlooking the sky. Rest room with a pair of sun loungers. Cloakroom. This world belongs only to them and that’s the way it’s supposed to be. Nobody disturbs them. They can be what they really are. They do not have to pay any attention to anyone. Here they feels free. At least for a while.

Every day, a bunch of guys meet in the sauna. They are older and younger. Sometimes there are only five, sometimes ten. Sometimes even more. They sweat their bodies and their souls. They are calm. And yet, life is spinning out of them. Each of them is hurting. Both physically and mentally. They tell stories, lead monologues, comment on life and the world around them that not all of them understand, they quarrel, smile, exchanges recipes on how to prepare great dishes, on relationships and great sex. They do not have names. Just like old Indian nicknames. Everyone has a problem, some trauma that is slowly being exposed during the year. Similarly, stories and relationships between them are revealed, which are more intriguing than it might seem.

Everyone has to stop a massive argument that is born out of total banality. Suddenly, conflicts and rivalries arise among a bunch of friends. Their world threatens to crash, the sauna will overheat and explode.

Everyone also has to deal with the fact that of them, a wacky taxi driver, does not arrive in the sauna one day because he got a stroke in front of the supermarket and died in the hospital.

And in the end, each one of them must also take a quest into the women’s world. All the time, they’re thinking what it looks like in the women’s sauna. It is found behind a giant wall of wet tiles and they decide to climb up. When all of them are sitting up looking over to the other side, they are suddenly speechless. There is nothing behind the wall. Nothing. Just darkness that is cold and empty. All those noises, female moaning, laughter, crying, shrieks and the songs that could be heard from behind the wall were just a delusion. Everybody suddenly understands that they are alone in this world and that nothing will help them. Their sauna flies as a satellite through the black infinite universe and is heading unknown where. Still, all eventually venture into the darkness behind the wall, because where nothing is, there must be something. One after another disappears in the endless darkness, uncertainty, and solitude.

Waiting for the end of the world is a tragicomedy about contemporary men. About their desires and dreams. About their problems, uncertainties and sadness. There are several narrators, but maybe there’s actually only one – one large male soul.