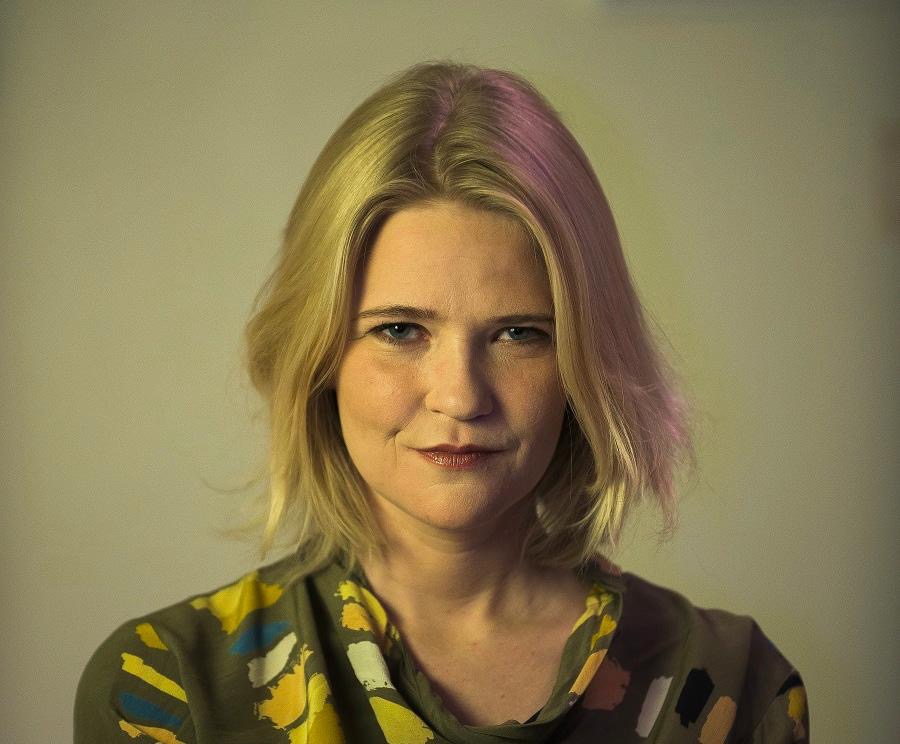 Born in Reykjavík in 1981, Kristín Eiríksdóttir is the author of three works of fiction, four poetry collections, three plays, and a radioplay. Her first book, Meat Town (2004), straddles the divide between poetry and narrative and was hailed upon its release for its idiosyncratic sense of humor and powerful imagery. Since then, Kristín’s work has consistently earned her both critical and popular acclaim, including a nomination for the prestigious Icelandic Women’s Literature Prize for her first novel, White Fur (2012). Her last novel, A fist or a heart (to by published in English in the fall of 2019 by A.C.), is her most celebrated work to date, winning the Icelandic Literary Prize and the Ice- landic Women’s Literature prize and being recognized as one of the best books of 2017 by the Icelandic National Broadcasting Service. Her radioplay Fákanfan won as the best radioplay at Gríman, the Icelandic theater awards, in 2018.

Hystory tells the story of three young women who have been childhood friends but have not met for many years. One of them decides to invite the other two to her home. The gathering goes well at first; they chat and enjoy their mutual stories which seem to bring them close together again. But suddenly terrible things start to merge from their past.