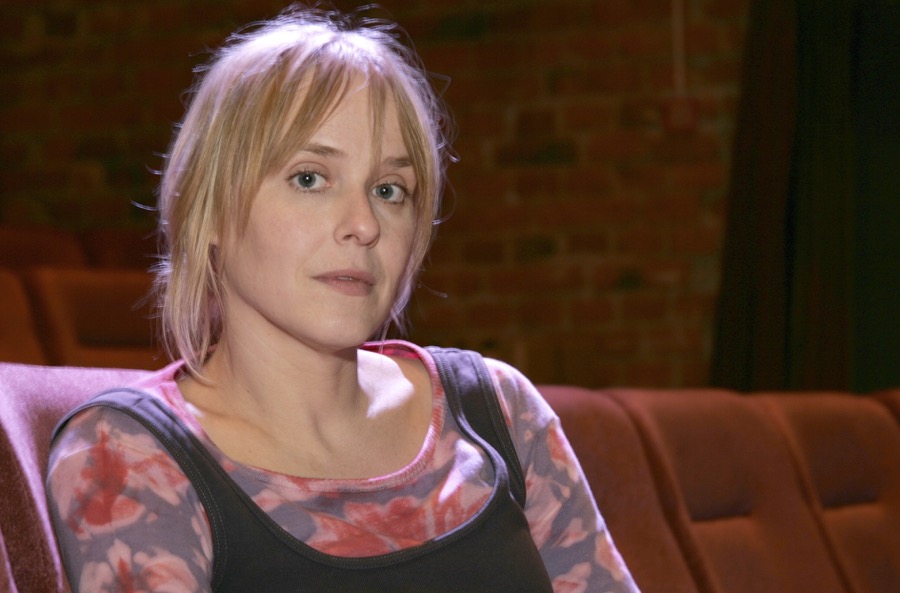 I deliberately try to avoid all methods.

See below all the activities involving Leea Klemola in the frame of Fabulamundi.

Leea Klemola (b. 1965) is one of the most interesting and indeed shocking theatre practitioners in Finland today. She began her career as an actress. In her plays she breaks the bounds of theatre, creating forms of expression which are new, unabashed, and honest. Klemola’s works examine shame, the body and sexuality, as well as love and community.

Klemola is an award-winning actress, having won Finland’s highest acting honour, the Jussi Award, for her leading role in the Finnish movie Neitoperho (1997) and again in 2013 for Kerron sinulle kaiken. In 2005 she was recognized by the Finnish Cultural Foundation, which awarded her an Olavi Veistäjä Grant for her significant contributions to Finnish theatre as a director and playwright. She is a founding member of the Aurinko (Sun) Theatre in Helsinki, where many of her productions were first produced.
A series of plays co-authored with Pentti Halonen, Kahelianainen (Wacky Woman,1995), Seksuaali (Sexual, 1998) and Anne Krankin päiväkirja (The Diary of Anne Krank, 2001), raised eyebrows due to their provocative style and deliberate absence of good taste. Jessika – vapaana syntynyt (Jessica – Born Free, 2002) tells about a teenage girl’s life and growing pains, though its main role was written to be performed by the oldest possible actress. Klemola calls her play Kokkola (Kokkola, 2004, co-authored with Klaus Klemola) an “arctic tragedy.” This absurd but also moving story, populated by colourful characters, has been both a critical and popular success. The Kokkola saga continues in Kohti kylmempää (Into the Cold, 2008) and New Karleby (2011) written by Leea and his brother Klaus Klemola. In Jessikan pentu (Jessika’s Cub, 2012), the teenage girl from Jessica – Born Free has grown up. Now she tries to deal with her failure as a mother while she feels more and more that her place is in the nature not with the people in urban setting saturated with technical gadgets. She wants to fight for her survival. Klemola’s Maaseudun tulevaisuus (The Shepherd), a twisted pastoral play about dystopian Finland of the future, premiered at the Finnish National Theatre in 2014.

Casanova, My Wife is the story of the 60-year old actress Kyllikki Lalla, the wife of Jukka Merenmies, and her return to work in the rehearsals of a play about Casanova, after a long sick leave and allegations of sexual harassment.