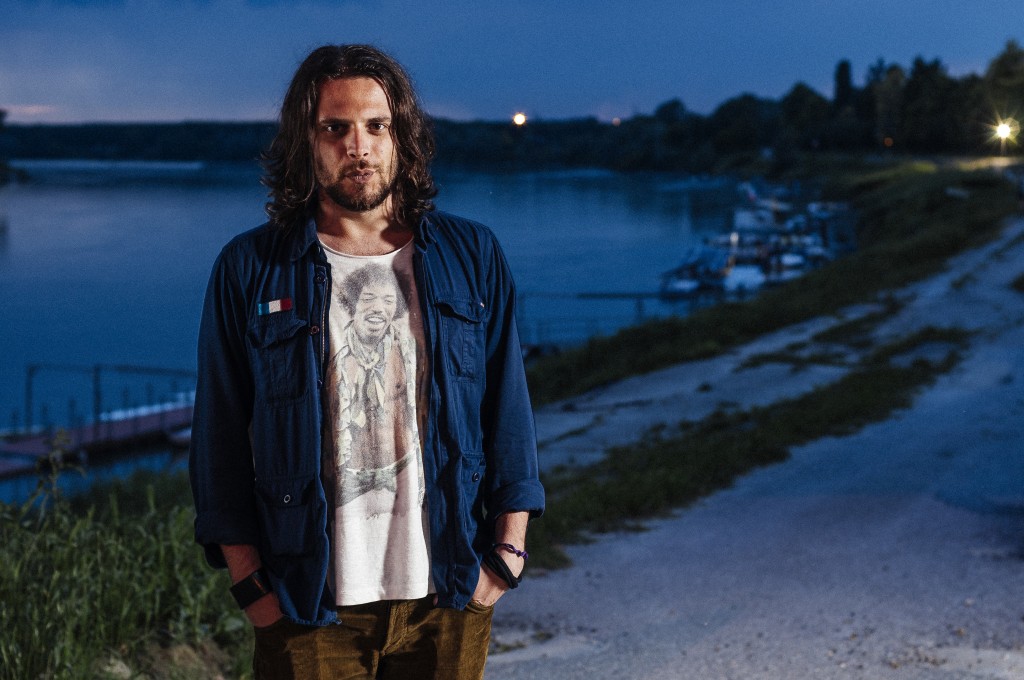 Writing for me is a path, that starts long before I find myself in front of a white sheet. It’s the idea of telling something I see, something that happens to me, an urgency, a need, something that moves me from the inside and doesn’t stop screaming. The following step is the structure: understanding which way is the best to develop the subject. Usually this is the part that takes me the most amount of time.
In my experience, putting the story down in black and white has many similarities with a love affair. The text and I seek each other fiercely, with dependence, we can’t make it without one another, we treat each other carefully and joyfully. And even once the writing is finished, the loyalty on which we based the blossoming of our relationship is what keeps us forever in love.”

Playwright and theater educator, was born in Cremona March 14, 1982.

In 2009 he won the Tragos competition of European drama dedicated to the memory of Ernesto Calindri with text A natural process (beyond the good and evil) [Un processo naturale (al di là del bene e del male)]. In 2010 he was assistant director of Fabrizio Arcuri in the tour “Shoot / Find Treasure / Repeat” for the Accademia degli Artefatti. In 2011 he was a finalist of the call Urgenze promoted by Teatro Inverso and conducted by Stefano Massini.
With text J.T.B. he won the 23rd edition of Hystrio prize (2013), he was a finalist in the 52nd edition of Riccione per il teatro (2013) and won the first edition of the contest related to the project Scritti per la scena (Writings for the scene) of the Aretina theatre Network (2015) .
He was selected as a participant in the projects Biennale College – Teatro 2013 and Biennale College – Teatro 2014, organized by the Biennale of Venice, to partake in the workshop by Fausto Paravidino, Azione e punto di vista (Action and point of view) and the following year in the workshop by Antonio Latella, Touché.
In 2014 he was assistant director and dramaturgy assistant and for the show In trincea (In The Trench), produced by Oyes with the support of ERT, and under the direction of Michele Di Giacomo. In The Trench won the special prize 100 anni dalla grande Guerra (100 years since the great war) in the Giovani realtà del teatro (Young realities of the theater) Award in 2014.
Still in 2014 participates in the project Nollywood for the Accademia degli Artefatti.
For the 2015/16 season Una serie di momenti (A Series of Moments) is expected to debut, commissioned by Teatro in Centro (Como).
He has been teaching theater courses on actorship and dramaturgy in Cremona, held under the auspices of the City council since 2012.

J.T.B.
A red car is speeding on the street, and the police are on its tail. Quite a common scene to watch, but this time is different, because in the driver’s seat there’s JTB, this moment’s most famous rockstar. Next to him, taken as hostage, his manager. Shot from a private channel’s helicopter, the escape keeps milions of people stuck to the television. Four of these viewers link the event with their private lives; and their lives, just like the rockstar’s, are in a constant precarious balance in the endless conflict between what they are and what they would want to or could become JTB then, unwillingly acts like a spring and leads these characters to play. They’re determined, and they will do everything to defeat the deficit, the gap between their dreams and the reality they’re living.
They will tell their stories, and JTB’s. They will show the parallel between the life of who became a contemporary icon and who, on the other hand, doesn’t want to miss the last train to make his dreams come true – even the most unspeakable.
In a constant alternation between witnesses and narration, where points of view, truths and lies are mixed in a single cocktail, we will inevitably get to know the true motivations that lead the most acclaimed rock icon to kidnapp his manager, coming back to the fore after a long period in the shade.

Un processo naturale (al di là del bene e del male)
Every year one of the most known companies (who’s branch is unknow) organises for its employees a hunting party. Everyone is bound to participate, from the trainees to the directors.
Immersed in the nature and in their power roles, the characters of this play will move in a dimension made of parallelisms with the animal kingdom, in an alternation of actions where there’s always a victim and an executioner.
Where there’s always predator and prey.
Where there are those who have power and those who do not.

NAMELESS
Nameless‘s lead character is a presenter. He goes around the world to give people their identity back, to find the ones that lost their memory but aren’t aware of it, and they live alternative and false lives.
In this case, we are in a theatre where the presenter will find who has lost their memory in the audience through his well-tested reemergence process, Nameless twists and turns through a labyrinth of questions and suggestions on the essence of existence, on what everyone is and has been.
Am I sure of what we are?
How can I be?
What if it was me?
What if I was the one he’s looking for?