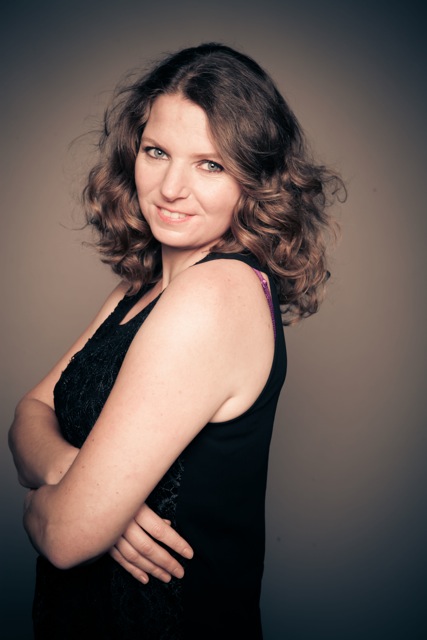 After studying cinema, I started to write the desire of cinema… but language has chosen his playground, hunting ground, freedom, theatre, the possibility of various forms of speech… intimate, projected into the face, create poetic, prosaic, creaky, I like to work on the tipping point of characters and situations when it slips, when it is almost a little absurd, monstrous, offbeat, identities disorders, changes, I like travel in the wrong way. I like to write for the theatre so that it can be alive, organic, the heat and the fresh meat sweat, the inflow of corpuscles, to seek the heart of men, to extract it, and to know what there is inside… To get imaginary off the ground, to take account of today’s world, to organize a meeting.

See below all the activities involving Lucie Depauw in the frame of Fabulamundi.

Lucie Depauw was born in 1978.
She pursued studies in film and broadcasting.
For her plays, she has been awarded writing grants from the Association Beaumarchais-SACD (Dancefloor memories in 2009), creation grants from the Centre National du Théâtre for Hymen in 2011, Lilli/ HEINER in 2012 and for Sas, Théâtre d’opérations et suites cinq étoiles in 2013 (also supported by a writing grant from the Centre National du Livre.)
She was a laureate of the Journées d’auteurs de Lyon in 2011 for Dancefloor memories and finalist to the Grand prix de littérature dramatique with Lilli/HEINER in 2015.
Her play Dancefloor memories was created by Hervé Van Der Mulen at the Studio Théâtre de la Comédie Française in the spring of 2015 and in the fall of 2016 by Didier Lastère (Théâtre de l’éphémère). Her play Lilli/HEINER was created in 2014 at the Staatstheater in Mainz by Brit Bartkoviak and will also be created at the Théâtre des Célestins in Lyon in the fall of 2017 (directed by Cécile Auxire-Marmouget / Christian Taponard). The play was also broadcast on radio France Culture, directed by Cédric Aussir.
Her play Garden scene has been created by François Rancillac for the 2016 Caves Festival.
Some of her plays are published (Éditions Solitaires intempestifs, Éditions Koinè) and translated in many languages.
She has also been working as assistant director for audio-visual productions for the last fifteen years.

JOHN DOE (I need a hero)

An ideal house / A couple / Ideal
One evening / He comes home from work / She waits / has taken care of the baby all day/
the discussion slips / quarrel / rancor / they each dwell on their day /
between “baby blues” and “burn out” /
the next morning at dawn, the police come knocking in search of answers…

It’s the story of a couple in crisis, the story of a desert crossing….
It is at this delicate moment that a man, under the pseudonym of John Doe, will shatter his routine by turning into a whistle-blower against an audit firm and its involvement in a massive tax fraud across the borders.
When haven is nothing more than tax related, a couple plunges into the depths of hell …  where, maybe, they can find each other again…

It is the autopsy of a couple and the autopsy of a scandal but also a reflection on a society where an ordinary man becomes the last line of defense against ethical and financial scandals, etc…. risking his relationship, his family and his career because there comes a moment where free-will and choice intervene: what kind of society do we want to live in? And why does an ordinary man become the last line of defense? What does it say about the ailments of our society, our policies, and our democracies?

“Fire Tongues” draws its inspiration from the symbolism of fire for its strength, its energy, its cruelty. From the symbol that gives birth to revolutions (like Tarek Mohamed Bouazizi’s self-immolation that started the uprisings of the Arab Spring) to the despair of a woman going through a burn out who stands in front of her company’s headquarters holding a can of gasoline… From the intimate revolt to the political protest: it is a dance to the death to rile up minds, to denounce the unacceptable, the unspeakable.
When words can no longer speak, perhaps “the tongue of fire” will be able to express this revolt; a political act to ignite change, hope, movement…

“Tidal  waves” takes its inspiration in the element of water. The fire of Arab revolutions has spread, but immense hope has made room for chaos. A country is in turmoil, and thousands of men throw themselves into the water.
Fortunately the (rather anti) Immigration Minister of Norway also jumps in the water to explain what it is to live through this experience (before perhaps returning quietly home to her hot tub with a glass of champagne…)
Through this grotesque portrait of political communication, we see the image of a man, swimming among the waves, calling out to his child.
The man is Syrian (employed in the conservancy of the Palmyra heritage)
He calls out to a child (his daughter who loves dolls, who wants to be a synchronized swimmer, who likes mermaids but who doesn’t know how to swim.)
Water is an unpredictable element that ebbs and flows, that sometimes becomes a graveyard.
“Tidal Waves” tells the story of a human wave that swells and rises across Europe.
The crossing is tumultuous; it’s the mouvement of impulsion, of a force that sometimes breaks.

Dancefloor Memories
3 crisscrossing voices (Age 70/80)
And sometimes snippets of tango jazz and other kinds of music
Pierre / Marguerite / Gary
A senior citizen love triangle
Infidelity / In the Past / In the Future / On Illness / Memory / Death the Last Dance / Desire / Sex / Keep Living after all/ Encore
In five movements with crisscrossing dialogue and narratives, two men and a women in their twilight years talk of the beauty of love and desire, to defy old age and their failing memories. The past and present echo one another, as their pieces progress parallel to each other. An unusual trio, Gary, Pierre and Marguerite love each other and have decided to face the passing of time and enjoy life to the last drop.

SAS
Alice and Tom meet in a bar lounge of a five star hotel in Chypria during a decompression SAS , three-day period for soldiers coming back from war.
She is a specialist of the stress post traumatic syndrome and works with the French army , he is a photographer and makes some work around ” post-war “.
Through their meeting and the three days of the SAS , there is the horror and absurdity of war,Afghanistan and Mali, those of the past or the future that reveal and unfold to France, where a soldier’s wife fears a phone call…

Lilli/Heiner intra muros
Lilli/Heiner intra muros is the story of a young girl who will never have the time to become a woman, as she is the victim of male hormone doping practiced in the ex DDR. So it is the story of Lilli which gradually becomes that of Heiner, the women he meets, his youth as a young girl,his first love Eilb, his mother, and Magda, his wife and the mother of his children. It is also the story of the divisions of Germany, the divisions of bodies through muscles, borders, desires and genders. 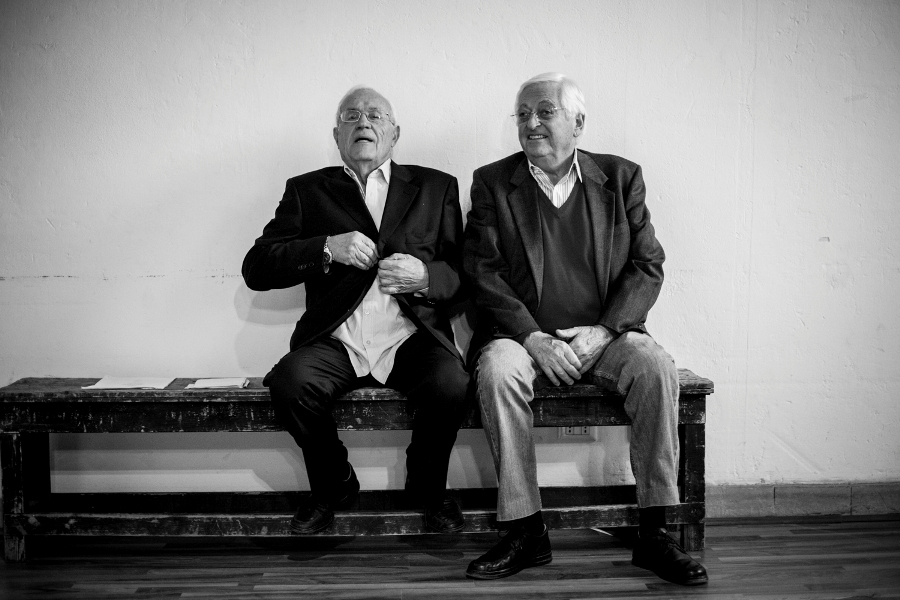 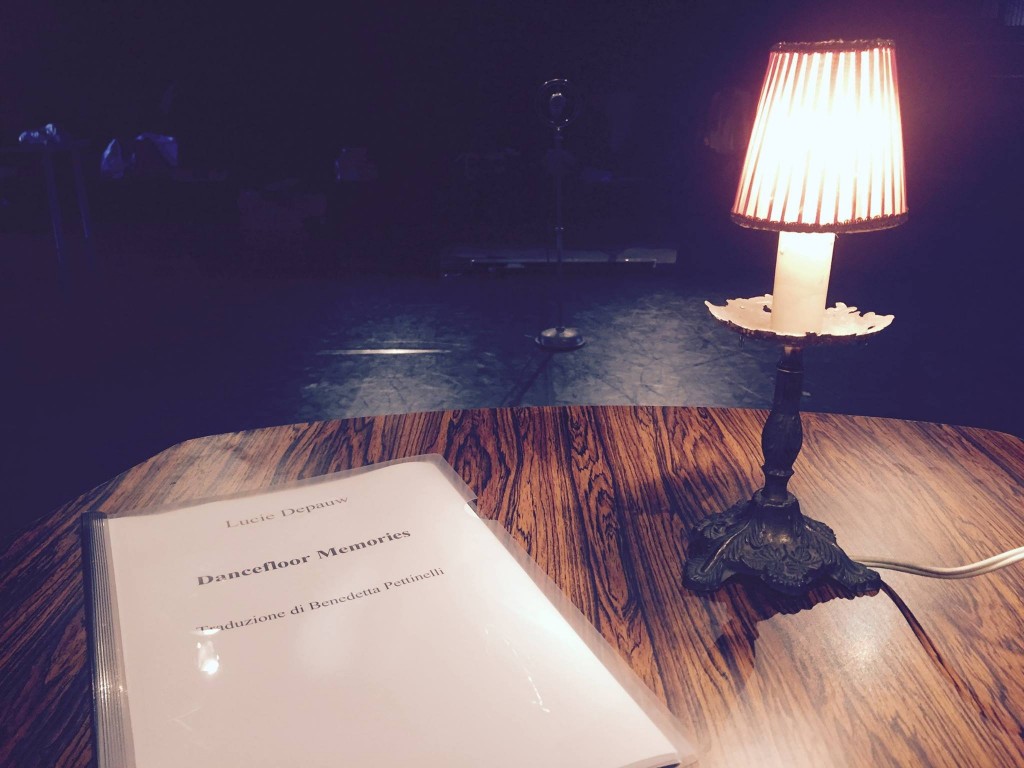