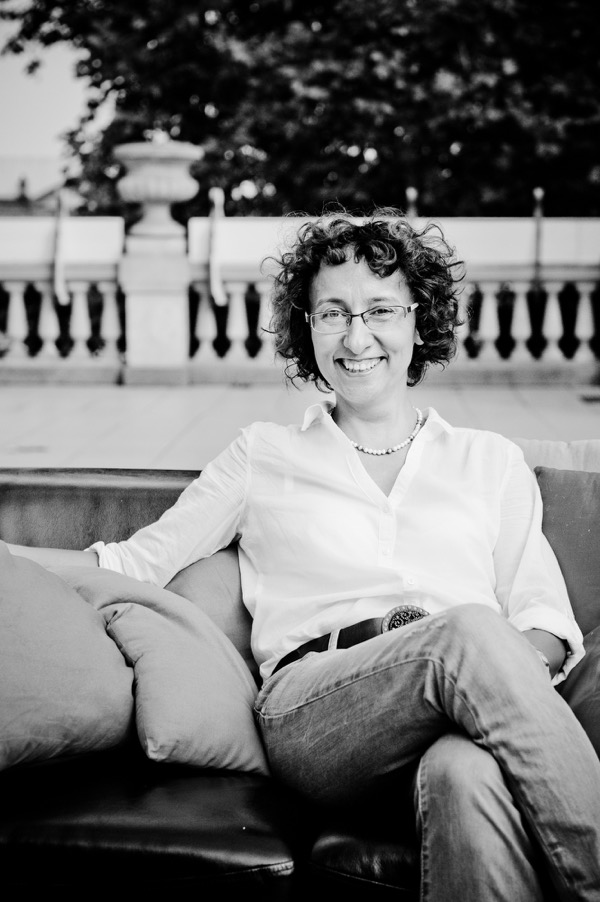 Write what you know, it’s often said. Might not the opposite dictum be equally, or more, valid? Write what you don’t know – that’s my principle. And have fun.

Małgorzata Sikorska-Miszczuk was born in 1964. She is a playwright and screenwriter. She is a graduate of Warsaw University’s Journalism and Political Science Department and its Gender Studies program, as well as a graduate of the Screenwriting Workshop of the Łódź Film School.

Sikorska-Miszczuk has written many pieces for the theatre, making her debut in 2006 with Śmierć Człowieka-Wiewiórki (The Death of the Squirrel Man). Her works include Szajba (Loose Screws), Katarzyna Medycejska (Catherine Medici), Burmistrz (The Mayor), Walizka (The Suitcase), Człowiek z Polski w czekoladzie (Chocolate Covered Pole), Zaginiona Czechosłowacja (Lost Czechoslovakia), Żelazna kurtyna (Iron Curtain), Madonna, Bruno Schulz: Mesjasz (Bruno Schulz: The Messiah), Popiełuszko, Liść, na którym mieszkasz nazywa się Europa, ale to za mało, by żyć (The Leaf You Live On is Called Europe, But That’s Not Enough To Live On), Szeherezada (Scheherazade), Kobro, Album Karla Hoeckera (Album: Karl Hoecker), Pasja według Św. Jacka (The Passion of St. Hyacinth); the play’s for children, Yemaya – Królowa Mórz (Yemaya – Queen of the Seas) and Niezwykła podróż Pana Wieszaka (The Incredible Journey of Mr. Coat-hanger); the screenplay for the animated feature film Tytus, Romek i A’Tomek wśród złodziei marzeń (Tytus, Romek and A’Tomek Versus the Thieves of Dreams) (2003). She is also the co-author of the multilingual play Europa (2013); she wrote the librettos for the opera’s Czarodziejska góra (The Magic Mountain), based on the novel by Thomas Mann (2015), and Człowiek z Manufaktury (The Man from Manufaktura, music K. Brochocka and R. Janiak, 2017); and has written scripts for television, including the Polish version of the sitcom The Nanny, Usta Usta and the Polish version of Sesame Street.

Her numerous literary and theatre awards include: honourable mention for The Death of the Squirrel Man at the “ulrike” Competition (TR Warszawa 2006) and in the National Competition for Polish Contemporary Plays (2007); the Grand Prize and the Audience Prize at Metaphors of Reality (2008) for The Suitcase as well as an award at the National Competition for Polish Contemporary Plays for the same play (2009); the Grand Prix at the Two Theatres Festival in Sopot (2009) and the Prix Bohemia (from the Czech Republic, 2012) for the audio version of The Suitcase; the Grand Prix at the Two Theatres Festival in Sopot (2015) for the television play The Suitcase (dir. W. Kostrzewski); the Grand Prize for Dramatic Text at the Two Theatres Festival (2015) for The Suitcase; Loose Screws received the Journalist’s Award and took second place at the R@port Festival (2009); Madonna took first prize at the J. Szaniawski Theatre in Wałbryzch for drama inspired by Aleksander Fredro’s Revenge (2009); The Mayor placed in the finale at the R@port Festival (2010) as well as in the Stueckemarkt International Competition in Berlin (2011); Popiełuszko received the Gdynia Drama Award (2012); Bruno Schulz: The Messiah, performed in Vienna at Schauspielhaus Wien was recognised by the European Theatre Convention as one of Europe’s best contemporary plays (2012); Kraj, w którym obywatelom uciekły serca zostawiając listy (The Country Whose Citizens’ Hearts Fled, Leaving Letters) won the Ferdinand Vanek prize in the Czech Republic (2013); the audio version of The Leaf You Live On is Called Europe, But That’s Not Enough To Live On took second place in the joint Polish Radio II and ZAIKS Competition (2013) and was nominated for the Prix Europa (2015); Kobro received a Plaster Kultury Award (2014) as well as an Outstanding Gold Mask (2015); The Mayor received the award for Best Dramatic text in the National Competition for Polish Contemporary Plays (2016); The Suitcase won the Grand Prix and the Journalist’s Prize at the Teatroteka Festival (2017) as well as the Prix Godot in France (2017).

She is a Grant Recipient of the Polish Ministry of Culture and National Heritage and the CEC Artslink Foundation.

Inspired by a true story.
One day, a Frenchman named Michel Leleu left home and went to a museum. There he found his father’s suitcase, though his father hadn’t left it there. His remarkable story made the papers.
In The Suitcase, an answering machine and a Narrator figure speak directly to the audience. The main character, Pantofelnik, writes a letter to heaven trying to reach his lost father. He discovers information about him through an improbable coincidence at a Holocaust museum, with the help of a Miserable Tour Guide whose work at the museum has made her depressed about humanity and history. The Tour guide is so sad she wants to quit her job when Pantofelnik’s story, and quest for his father, gives her a new source of hope.

The story takes place in present day. Five-year-old Omar lives in a City with his Father. Omar likes to talk to the balcony, the earth, the rocks, the flowers, and he likes to ponder on the nature of the world. Father does not appreciate Omar’s fanciful ways.
One day, all the houses in the City go to sleep. That is how Omar sees it, though others say it is war. The City’s inhabitants set out in search of a new world, sailing over the Sea of Worries.
During a storm, Omar is swept off board and lands in the underwater kingdom of Yemaya, Queen of the Seas.There he meets Gogo the Shark, Manta and Dinosaur Hugo. Omar wants to stay underwater forever. He lies to the Queen, telling her that nobody is missing him, that he is an orphan, who was cared for by an uncle.
In the meantime, a Lump of Earth (from outside his house), the Balcony, the Rock and the Flowers from the Balcony, set out in search of Omar. They all end up in Yemaya’s kingdom.
Omar’s father waits by the shore. He has faith his son is still alive. He begs the animals and the plants to send his cries out to Omar. Queen Yemaya is aware of this, but she does not want to part with the boy.
Fishermen catch Gogo the Shark and cut off his fins. This angers the Queen, who blames all humans of being wicked and cruel.
Omar receives his father’s message. The Queen, Omar and the Father meet. The Father allows his son to stay underwater if he is happy. Omar, however, bids farewell to the Queen and takes his Father, as well as his friends onto the Balcony to fly above the world in search of a land that will take them in.