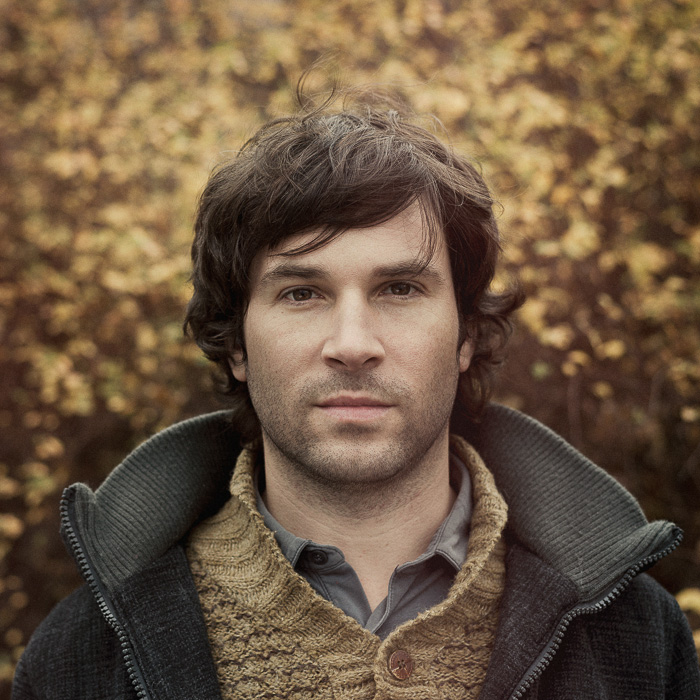 Besides writing my texts are develloped before, during and after a deviced theatre process. There are as well transcipts from arranged encounters involved as results from improvisation tasks for the actors. The pieces don’t follow a narrative structure nor do they focus on (fictional) characters. They more are abstract containers of a form of an after work group of regulars. In my work my first focus is rather an aporia and a motive than a theme. The text – as well entertaining as a disturbing challenge- should in the end give the possibility of an identification for the spectator. Parlance and vocabulary are always combined with a personal experience and get presented like an artefact in a showcase. Eavedropped reality becomes a theatrical ready made.

Martin Clausen is a Berlin based performer, director and writer working at Hebbel Theatre, Sophiensaele, Vierte Welt, Tanzfabrik, radialsystem, Podewil, Uferstudios, Theater an der Parkaue in Berlin, Kammerspiele Munich, Schauspiel Cologne, Schlosstheater Celle, Theater Freiburg. As a performer he works in different devising theatre groups like Gob Squad, Urban Lies, Nico & the Navigators, boesediva, Bairishe Geisha, Lubricat, post theater, SEE! His performances do as well take place in theatres as in appartements, staircases, busses and other non-theatre places.Together with Angela Schubot he led the dance and theatre company TWO FISH (twoﬁsh.info) from 2000 to 2011 and continued his work as the company Martin Clausen und Kollegen at Hebbel Theatre Berlin. He studied Cultural and Theatre Studies at Humboldt Universty Berlin, and from 1999 to 2002  he trained to be a teacher of the Alexander Technique. Since 2008 he has been teaching devising theatre in text and movement at the Institut für Performative Arts and Education at HBK Braunschweig and HMT Rostock)

Halt mir meinen Platz frei, bis ich anders wieder da bin (Keep my seat until I’m back, different)
In this piece the text moves down to the roots of the possibilities of metamorphosis and change. Physical and mental changes were the motivations for the creation of the text that was develloped as well as in writing as in improvisation, interview and overwriting.
In its original version it was spoken by two players as well individually as synchron, some parts in dialogue or dialogues spoken by one character only.
There was an ongoing indirectly woven choreography put parallel to the text as well as some pure noise actions like moaning, sceaming, laughter, morning etc.
Speaking bodies oscillate between person and landscape, subject and object, and negotiate possibilities and impossibilities of change: imagined influence, too long spent waiting, intervention at the wrong moment. They let their views on experience crash together but make no comment on the change in level of their human depths.
The disappearance and change of emotions, bodies and thoughts seem to reside in transition.
“What’s behind the door?
– Fundamentally behind the door?
That’s a door, of course.
And that’s always going to be thingumyjigged.”

Walking my dragon
The short text, basicly a list or collection of personal as well as identifiable emotions, deals with connenctions, communications and unconnected parallelisms of lives under fringe circumstances.
Existing human life forms appear in such a various sort that they seem detached from each other. Is that why our awarenes in danger to send our attention to the same attractions on and on?
The long term poem can be performed by one o varius players.
In the original version the text was performed between dance solos and a group choreography by four performers and spread between them individually as well as parts spoken in choir. There was a simple choreographie put parallel to the text that mostly dealt with spacial change in standing position.
„stupid belonging blurs everthing.
one should be expelled to recognize better.“

perfekt (gewesen)
(been) perfect
The play hosts five nameless characters and deals with oscillationg states of forgetting and remembering, certainty and disturbance. After different scenes of interrogation of more or less success it runs into a choral reappropriation of intimate versions on a collective memory of past epochs such as the middle ages, revolution, post-war-era, early christianity, national socialism and the holocaust.
“(Been) Perferct“ tells about contact and ignorance in face of ossified structures or those that are in the process to change. To what extend does my lack or skill of dealing with the past provide reasons for why I allow in my mind for the unknown or strangers, or reject them?
Ways of rejecting things alternate with the strength to find deeper understanding. Which fears of contact reveal themselves in physical or verbal reactions to uncomfortable situations?
Temporal distances transform events into things pale, old and stuffy or things lofty, longed and sacred. This is strangely true of individual live as well as the populations of intire countries.
“I orginate from a time with a lot of echo, everywhere. And allthough the echo was artificial today I’m longing for it and I feel fooled allthough I know about it“