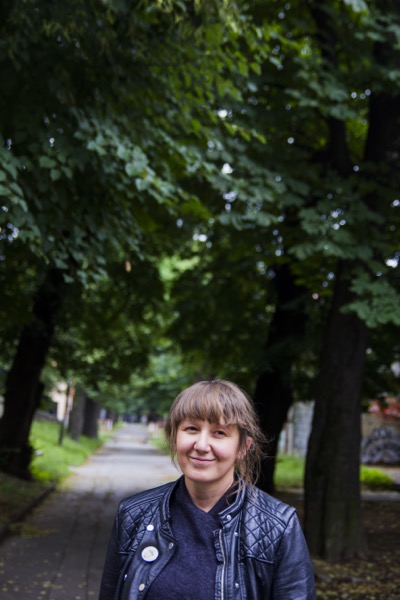 She graduated at the Academy of Performing Arts in Bratislava where she studied dramaturgy. Her early plays were staged in various theatres in Slovakia such as Studio 12 Bratislava, Municipal Theatre in Žilina or the Alexander Duchnovič Theatre in Prešov. With a director Júlia Rázusová founded an alternative Prešov National Theatre in 2013.  For this theatre she wrote already five plays: Single radicals (2013), Kinderegg (2015), Good place to die (2015), The day when Gott died (2017) A Road of Heroes (2018). A play Single radicals was produced also in Váci Dunakanyar Színház, Hungary (2015) and in Teatr im. Stefana Jaracza Olsztyn, Poland (2016). She co-laborate with a Slovak Radio RTVS (radio plays, minidramas, adaptations of classic theatre plays and other works). She writes plays for children as well. She teaches creative writing at the worshops for teenages.

Four young inhabitants of the Eastern Slovakian city of Prešov. One night in the music club, the disclosure of the hidden passions. A tragic comedy about a generation of young people which just finished their university study and wish to settle down.
About people that still dream about their ideal partner trying to find what to to with the rest of your life.
Egoism, split between the East and the West of Slovakia and much more.
Those “single radical” are without any ideals and they are incapable to build any relations.