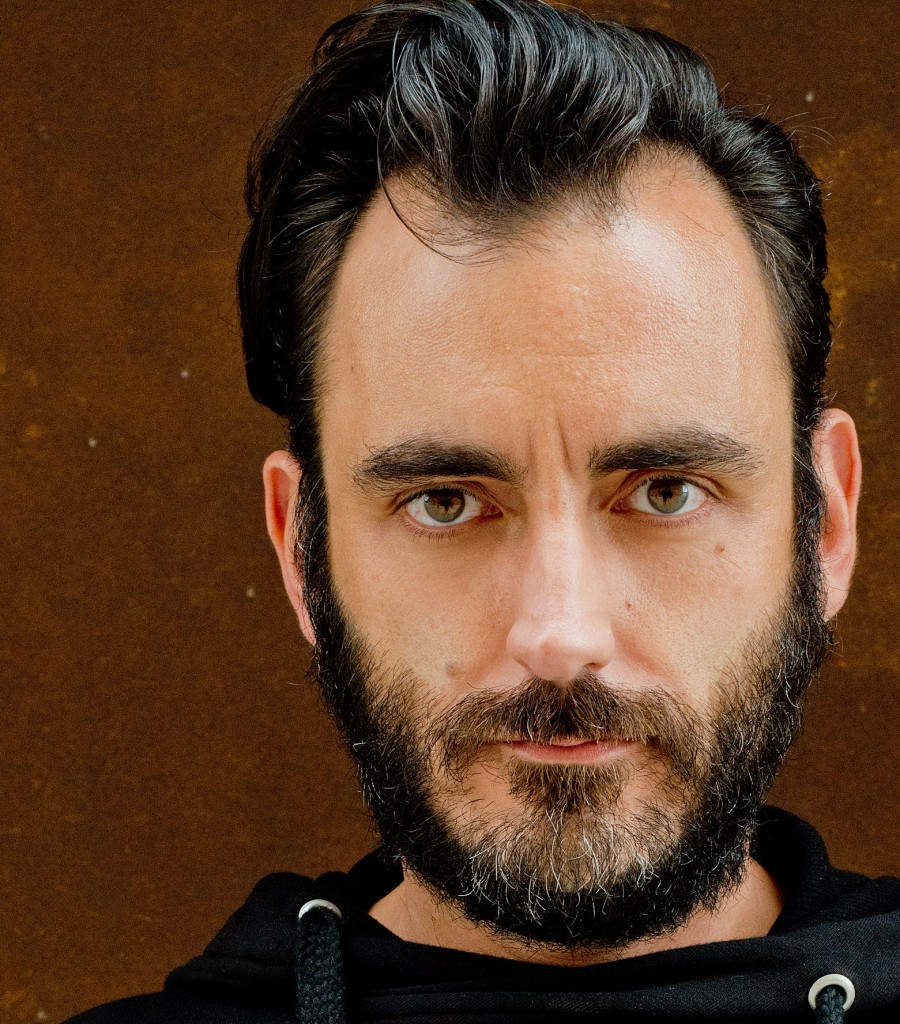 After years of working as an actor, the need to direct emerged, and, searching for materials, The Member of the Wedding by Carson McCullers appeared. I knew that there was something in that novel that I was interested in telling and that it had a great deal to do with theatre: the need to find a group to belong to, to be able to found a “we” from which to look at the world. This led to the birth of Antes, my first play, which ended up taking just three characters from the novel and a space to talk about the need for (impossible) encounters with others.
Looking back at my plays now, I see that this theme has always accompanied me. And talking about the need for others also means reflecting on the use of language. The power of the word as a builder of realities, and the abyss of sensation, of everything that is before and after the word. That ever-open chasm between what the body feels and what the mouth names.

Playwright, actor and stage director. He made his debut as writer and theatre director with his work Antes in 2007. As an actor we could see him at the María Guerrero theatre in Madrid under the direction of Daniel Veronese in Un hombre que se ahoga (2007). He has also acted, among others, in La forma que se despliega and La noche canta sus canciones, the play for which he was nominated for the Clarín Prize. He is the author of Muda (2010), Los ojos (2011) and Las palabras, una historia de amor (2013). He has also produced adaptations or versions such as Las criadas by Jean Genet) and has directed plays such as Rumbo a peor by Samuel Beckett.

Los ojos
Marianela is the daughter of Natalia and both are tucumanas. Or rather, in Argentina they were tucumanas. In Spain they are Argentinians. They came here because Natalia fell in love with an Italian who suddenly decided to return to Europe.
Without knowing how, they ended up living in a village in Castilla y León. Or in Castilla- La Mancha, it makes no difference. In a very small village. The Italian never appeared and since then, Natalia has been spending her time trying to understand if this was really her place in the world.
For her part, Marianela, who initially did not want to leave her country, meets Pablo, a blind Spaniard with whom she falls madly in love.
But suddenly, Chabuca appears on the scene. She is Spanish too, but from another town. From the capital. And moreover she’s an ophthalmologist and swears that she can cure Pablo and make him see again.
These are the elements used to construct this melodrama about sight, the earth and love (or the lack of any of these three things).

Las plantas
Alicia is alone at her house, talking to her plants. She has talked to them since she discovered that they are alive. Since the day when, after watering them, she saw them move. Since that day she has cared for them and she eats meat without guilt. Since that day she knows that seeing your plants grow can change your life.
Las Plantas proposes a fifty-minute encounter with a woman who tries to manage her depression and her sadness by talking, searching in words and music for some relief.

Muda
Muda is a play about the healing power of fiction.
Ana is having a bad day. She has been for quite a while. And for some time she has not been able to stop moving, until she finally reaches the place that she believes she is searching for: a silent mono-environment at the very heart of Buenos Aires. Her upstairs neighbour and the building concierge will try to alleviate their own loneliness by plying her with tales. Each of them will involuntarily contribute their ration of fiction. Their own and other’s tales will be the subject matter that will keep them alive, that will allow them to cease to be alone.