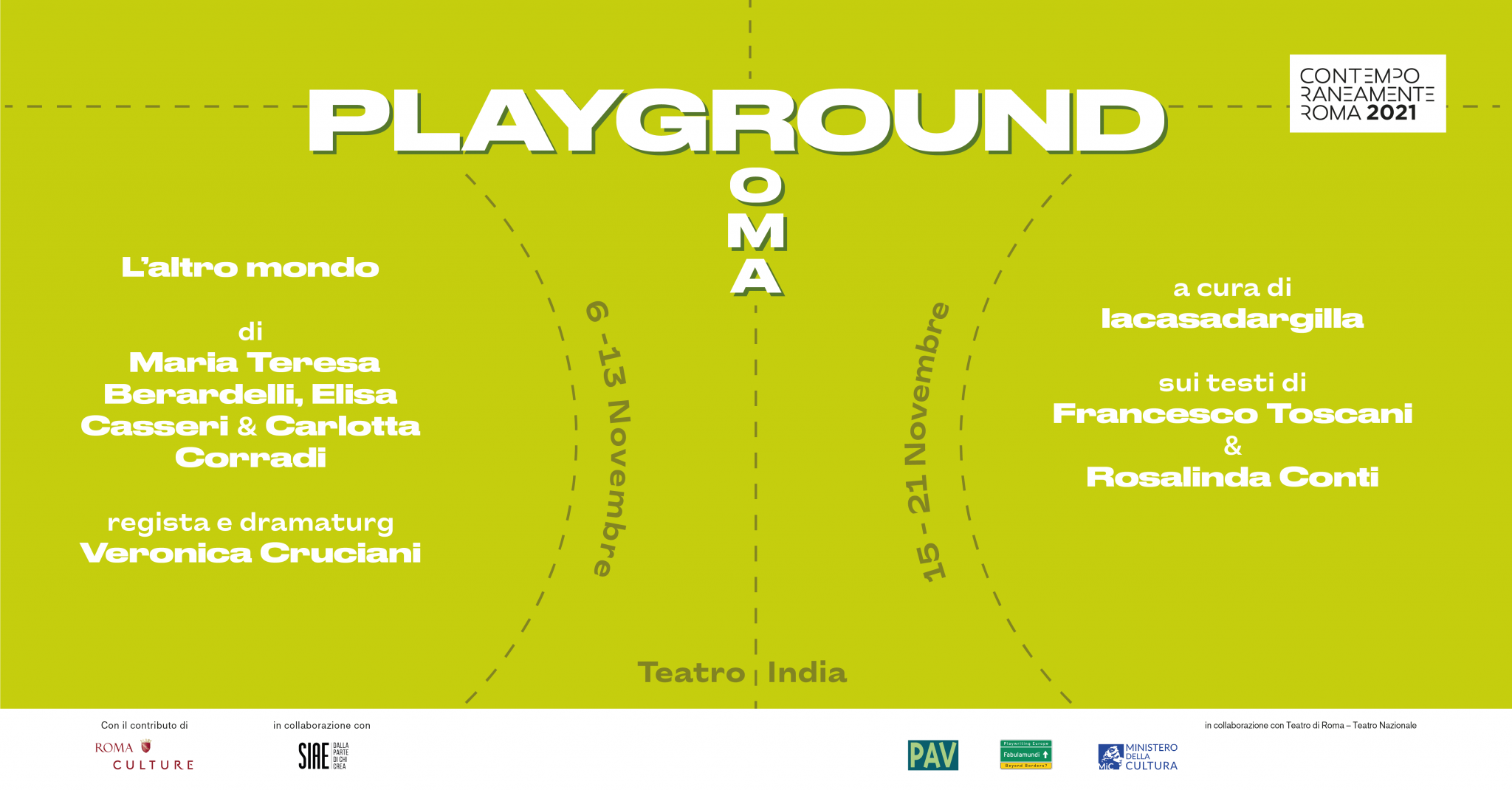 A synergistic mechanism for collective writing and creation

13 November at 4 pm at Teatro India

20 November at 5 pm at Teatro India

With PLAYGROUND, PAV has designed and activated two test sites for contemporary dramaturgy in 2021, in collaboration with the Teatro di Roma – Teatro Nazionale.

From 6 to 13 November at the Teatro India, Veronica Cruciani, within the doubled role of director and dramaturg, together with the three authors Maria Teresa Berardelli, Elisa Casseri, and Carlotta Corradi and a team of actresses and actors, activate a first synergistic mechanism of collective creation with the project L’Altro mondo, making writing a symbolic system to be explored collectively, and language a playground, questioning, conflict.

From 15 to 21 November, again at the India Theater, Lisa Ferlazzo Natoli and lacasadargilla trigger a shared device for testing the dramaturgical scores of “Uccellini” by Rosalinda Conti and “Claustrophobia of the skies” by Francesco Toscani, through constant testing and verification of the texts and thanks to the synergistic work with the actors and actresses of the company.

For both PLAYGROUND of Fabulamundi, respectively on Saturday 13 November and Saturday 20 November 2021, an opening of the work process was held, with a public restitution / open rehearsal and a story of the project.

The activity is part of the Fabulamundi Playwriting Europe project, promoted by Roma Culture and winner of the Public Notice at the same time – Rome 2020 – 2021 – 2022 edited by the Cultural Activities Department and is carried out in collaboration with SIAE.