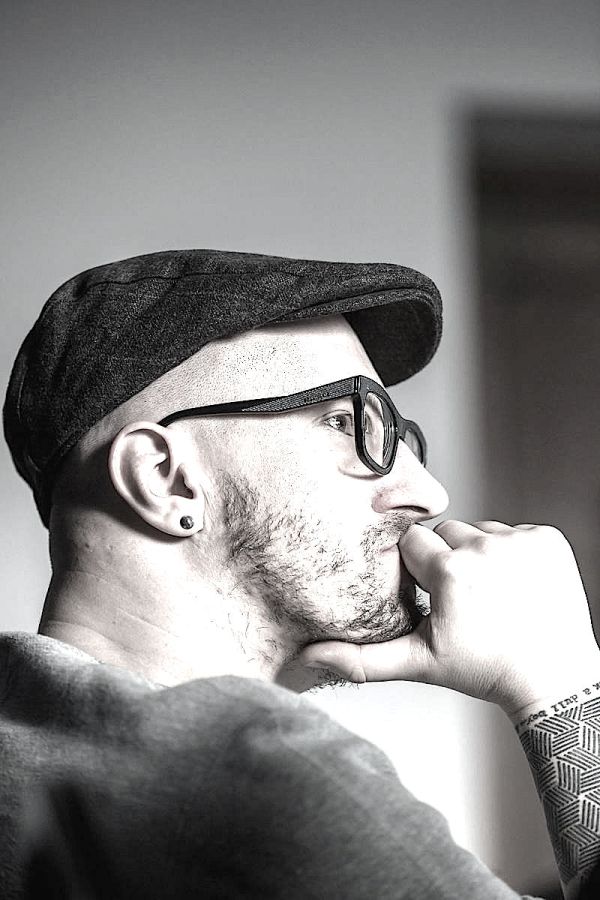 Every man is composed of fears. Me too.
I use fears for writing.
I use fears for creating my worlds and as the reason of procrastination during creating my worlds.
My writing? Combination of humor and bleakness. (Usually).
My favorite topics? Everything, what is hidden.
I started my theatre adventure after many years of working for tv.  And that was THIS.  No more happy ends!
Thank you.

Daddy hangs himself in the forest (Tata wiesza się w lesie)
The Young Man is closed in his perfect asylum and his beloved traumas. His “tough childhood” is only the gadget; one of many. But he couldn’t live without it. The Webcam Girl comes to this world and they both try to find words and images for naming and understanding themselves. And for the escape: from the past and from here. She doesn’t have ears, but she has a bicycle. He doesn’t have the power, but he has a forest. “Hi. Will you play with me?”.
“This is an internal landscape of a young man. His whole world is past, which determines here and now: closed, imprisoned, sick. The young man lives in a solitary […] like in a Pandora’s box containing traumas” (okiem-widza.blogspot.com)

The Frightening Cabaret (Reality show(s). Kabaret o rzeczach strasznych)
Bożena locked herself up in a wall unit. She’s living there for 25 years. That’s her passive resistance: she fights with the poverty, which lurks outside. Her Husband calls her Partisan Woman and Saint. But after some funeral he tries convince her to go outside. He wants to start with her new – real – life. But is it – really – possible? They are protagonists of a TV show…
“The metaphor of a woman hiding herself in a closet reminds us, that in the liberal social-economic system the poor […] are marginalized and ignored – they become withdrawn, they live outside the society. Shame tells them to hide from people’s sight” (Piotr Dobrowolski, “Dialog” 12/2016).