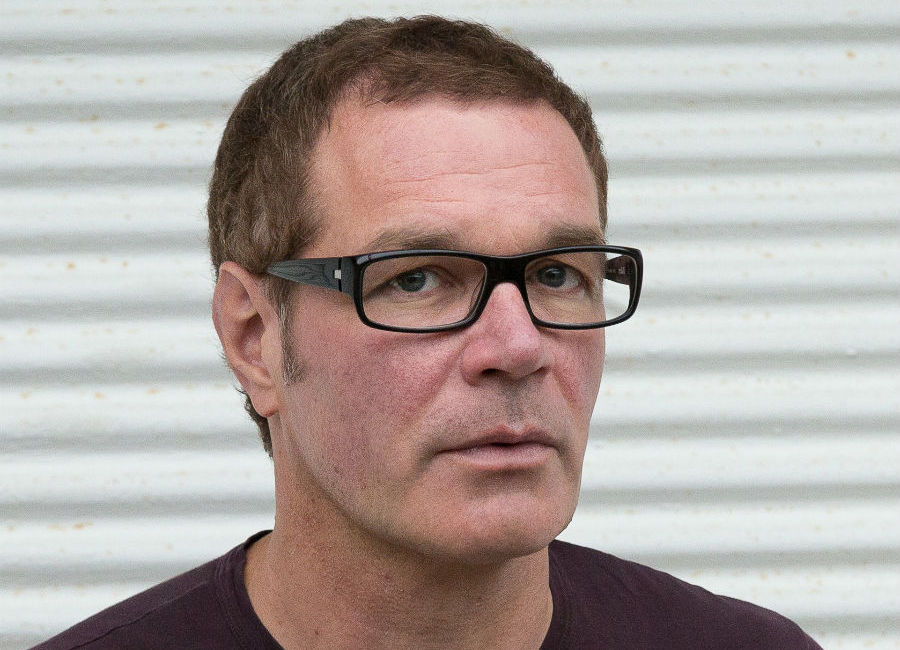 Each of my plays has a lot to do with me. It’s inconceivable for me to write a text that has nothing to do with me. In my work I’m not in one character, but in all of them at the same time. I don’t live in one character, but in the sum of the characters or, better still, through the sum of the characters. Expressing myself in and through dramatic texts allows me to see problems at the same time from many perspectives and to juggle with the possibilities without having to commit myself to a truth, which means, I can keep the subject open and flexible and the text as permeable as possible.

It is important for me to emphasize that in my plays I do not subjectify any problems or conflicts (in the sense that a character is identical to a certain problem), but the conflicts are passed from one to the other character like in a relay race (the problems can only be formulated together) or – if you like another metaphor – like a band in which everyone plays their own instrument, but only all together can “perform” the song.

Robert Woelfl was born in Villach in 1965 and studied at the University of Applied Arts in Vienna, where he has since lived as a freelance writer. He has received numerous awards for his plays including the Reinhold Lenz Prize for New Playwriting, the Author’s Prize of German Language Theatre Publishers and the Klagenfurt City Theatre Playwriting Prize. For his video essays he has been awarded the Austrian Video Arts Prize.
Robert Woelfl has been a lecturer in scenic writing at the University of the Applied Arts in Vienna’s Institute of Language Arts since 2011 and has run the Neulengbach radio play festival in Lower Austria for several years.

Resource Love
“What‘s personal is what’s most productive” is the magic formula of current management practice. Only what’s personal will generate big profits. But first the personal needs to be cultivated.
‘Ressource Liebe’ begins with the story of Line: Line has fallen in love with a building. But it’s not just any building that she’s fallen for head over heels: it’s her company headquarters. She had been planning to resign because the company was exploiting her but she can’t do that any more. Now she can’t leave the company. And since she’s fallen madly in love with the building she’s been scared she might get fired and wouldn’t be allowed inside the building any more.
It is claimed that falling in love with a building and having sex with that building is better in any event than no longer feeling anything at all. The only way to escape the loneliness and sadness in the office blocks of large insurance companies or banks, for example, is to love.  And if there are no other people to reciprocate this love because they are also too exhausted from their training seminars or busy preparing for their next meeting, then that love will attach itself to the company premises.
It is obvious that every business will attempt to exploit this yearning for love. This yearning for love should be transformed into a longing for a career and the longing for a career into 100% identification with the business. Love and sexuality have long since become nothing other than tools to increase profit.
Line’s dilemma is the same dilemma as the others’. One character after another in the play takes up the thread, tells the next part of the story, telling their own story, in order to find out if what they are telling is really their story. Telling it is a chance, a second chance as it were, giving them a life in which to find out what life is.
What is the conflict? Where is it? Where is the contradiction? Some time ago the contradiction was relocated inside ourselves so that we would not find it immediately. Whoever put it there inside us is bound to be profiting from it. Someone is definitely bound to be profiting from us. The question is: if other people are profiting so much from me, can I profit from myself? Can I profit from the dilemma I am in? At one point in the play Tom says: “You are in a state of uncertainty. This state of uncertainty is one you have to shape.”
In the end there needs to be a happy ending even for a love that is actually a form of depression. For a love that is only a weakness, an old door that can no longer be repaired and which someone is always coming through to rob us.
Cast: 3 F / 2 M
Performing rights: S. Fischer Verlag
World premiere: 2006, Staatstheater Stuttgart
Director: Sebastian Röhrle

Excess Desert
Sebastian and Finn, two programmers from Stuttgart, drive into the California desert to a place called The Springs of Immortality, hoping to have a brilliant idea for a new computer programme. Apparently everyone who arrives at this loneliest spot in the desert is rewarded with a fantastic idea. All the great programmers and internet entrepreneurs are supposed to have been here. At the same time Sebastian and Finn want to experience something that they can’t in their jobs for a car manufacturer where they teach cars to think.
While they are both standing in the desert waiting for that brilliant idea, a woman, Zoe, appears, who explains that some time ago at this precise spot she had the idea for a new programme. It is a programme that allows you to calculate the day the world will end. She has now come back to commit suicide – as the programme has advised her. Sebastian and Finn try to talk Zoe out of committing suicide, partly because they do not want to witness this suicide. On the contrary: they have come here to experience something positive.
Shortly afterwards a man, Josh, appears who is linked to Zoe by the fact that they once came here together and gave each other a kiss. Josh is also a programmer and is working on a programme to make kissing and all other forms of intimacy superfluous. However, he cannot forget that one kiss with Zoe and asks Zoe to kiss him once more.
While the others are arguing about hot dogs and sun cream and the right way to breathe in the desert and whether Zoe’s programme works and what that kiss means, Finn climbs up to the Springs of Immortality in order to find the secret of these springs – which of course eludes him.
Zoe is determined not to be dissuaded from committing suicide, either by Sebastian and Finn or by Josh. When she takes out the gun to shoot herself, torrential rain starts, here, in the middle of the desert, where it usually rains for no more than one day a year. This torrential rain seems like the end of the world.
Cast: 1 F / 3 M
Performing rights: S. Fischer Verlag
Free for world premiere