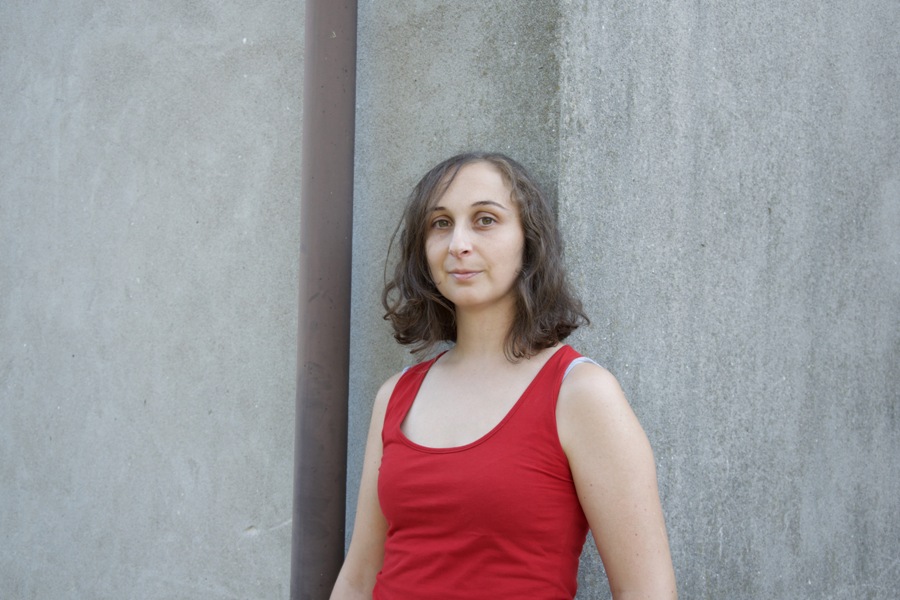 Tatjana Motta was born in Venice in 1988. She graduated in Visual Arts and Theatre at IUAV University in Venice and collaborated with the theatre company Malmadur. She studied Playwriting at Civica Scuola di Teatro Paolo Grassi, in Milan. On September 2017 her play Nessuno ti darà del ladro was selected as a finalist in the 54° edition of the prize Riccione Tondelli per il Teatro. On October 2017 she took part of the project Metropolis Promised Lands by Fondazione Milano, with her microdrama Buildings explode. Edgar buys dynamite.  Since April 2018 she is taking part of the project Playstorm, directed by Fausto Paravidino for the Teatro Stabile di Torino. She lives in Milan.

A man and a woman are travelling on a secondary road on their way back from a night at the casino, where they didn’t win much. All of a sudden a man in a white top appears in the middle of the road and a sharp turn is needed, the driver loses his life in the accident. We are left with a Victim a Witness and a Survivor at a turning point: life will never be the same. Witness and Survivor fall in love but the survivor has lost his memory completely and has no idea who he is, where he is from and what brought him to that road on the night of the accident. This amnesia throws everyone in a downward spiral where past and present blend and the Victim keeps coming back to force the Witness to speak and the Survivor to remember.