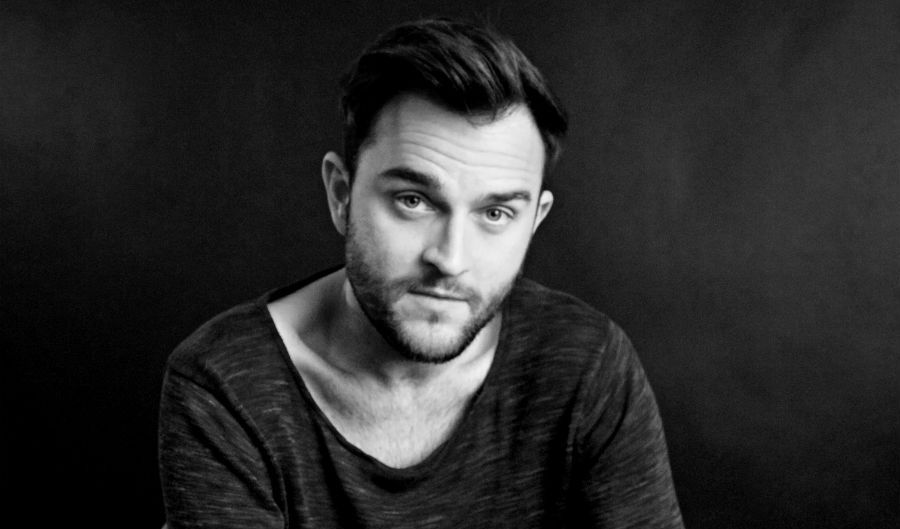 Theater to me is a place, where we share thoughts and emotions. I love to create emotions through words on paper played on stage. I want the audience to feel something. Anger, happiness, sadness, lust. Everything but boredom and frustration. This, only if intended.
My plays are often inspired by true stories, biographies, by lived lives. But I go further, ask questions, put it in different perspectives. I love to create thinking, almost psychological characters.
As a playwright I always chose a special form of language. By using rhythm, language becomes music, becomes a symphony of words, a symphony of sounds.
A symphony of language itself.

See below all the activities involving Thomas Perle in the frame of Fabulamundi.

Thomas Perle, born in 1987 in socialist Romania, emigrated after the fall of communism with his family to Germany. He studied Theatre, Film and Media Science at the University of Vienna, graduated in 2015. During his studies he worked as Assistant Director at the Schauspielhaus Vienna. In 2013 he won the Viennese exil – Price for Literature, followed by more prices, fellowships and residencies.

He directed his short play „europas töchter“ at the MIMAMUSCH | Festival for Shortplays in 2015, in 2016 he held a workshop for young playwrights and directed his play „wir gingen weil alle gingen.“ at the Staatstheater Nürnberg.

His drama „mutterseele. dieses leben wollt ich nicht.“ was staged by Lina Hölscher at the WERK X – Petersplatz in Vienna in 2017. In 2018 his first short story collection „wir gingen weil alle gingen.“ got published by edition exil. 2019 he wrote for the Schauspielhaus Graz.

In 2019 he won the Retzhofer Dramapreis for his play „karpatenflecken“, which will be staged at the Viennese Burgtheater in 2020.

mothersoul. i didn’t want this life.

Rita lives a wasted life. One that she never wanted to. She met Gerhard, got pregnant and married the father of her child Marie. Married life quickly became hell. Alcohol, introduced as something incidental, increasingly becomes the most important part of Rita’s world, once Gerhard has disappeared from it. The adult Marie, traumatized by her childhood with an alcoholic mother, tries to live her own life differently. Falls in love with Sven, keeps her mother hidden from him, just like the pregnancy which sets something off inside of her.

There is a piece, a patch of land in the Carpathian Mountains, a small town, once a village, where people of different ethnicities have lived and still live peacefully next to each other.

A historic panorama told by three women of three generations. The grandmother Margarethe, her daughter and her grandaughter are driven through European history of the 20th and 21st century, passing political, physical and linguistic borders.

A look back at history, a memory to learn from for a European future.

when the west blew into the east and the east fled to the west.

December 1989, Nicolae Ceauşescu, former Romanian dictator and his wife Elena Ceauşescu face their destiny in front of the most memorable trial in European history.

An inner monologue of the greatest Romanian female scientist ever lived, mother to the Romanian people of a fallen communist regime.