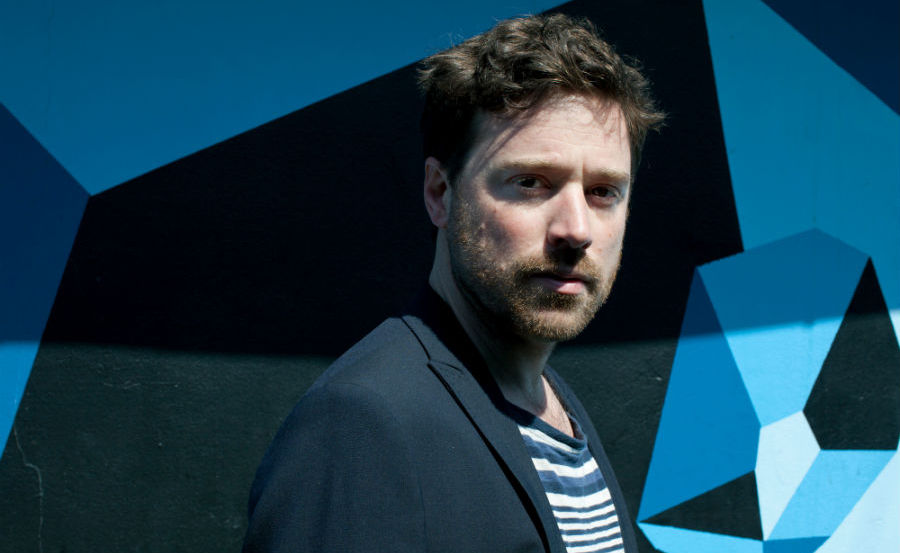 Narration is everything. Everything is narration. It is not necessary, that theatre becomes anyhow real (or authentic), it is necessary to reveal theatre in our reality. As long as we play, we can bee saved. It is obvious that not facts change the mindset of people but stories. The capability of telling a story means to assume responsibility for our society. A different story leads to a different society. I strongly believe, that nothing is anyhow consistant. So each of us can reinvent reality. On this aim I am working on as a playwright, director and actor.

Volker Schmidt was born in Klosterneuburg in 1976. He is a writer, director and actor. Trained as an actor at the City of Vienna Conservatoire. Acting engagements in Vienna, Berlin, Graz and elsewhere. As director, productions for the Wiener Festwochen, Hanover State Theatre, Brunswick State Theatre, Theater St. Gallen, Theater Magdeburg, Neuköllner Oper Berlin, Schauspielhaus Vienna, Latvian National Theatre Riga, German State Theatre Timisoara and in Copenhagen, Moscow, Skopje and in Bhutan.
Since 2002 he has worked as a playwright with world and national premieres at theatres including Theater Heidelberg, Hanover State Theatre, Schauspiel Leipzig, Stadttheater Ingolstadt, Schauspielhaus Vienna, Volkstheater Vienna, Schauspielhaus Graz.
He has won numerous prizes including both Jury and Audience Prizes at the Heidelberger Stückemarkt with The Mountainbikers, Berlin Prize for Children’s Theatre, invitations to festivals include Stückemarkt at the Berlin Theatertreffen, Festival of New Plays Santiago de Chile, NET-Festival Moscow. His plays have so far been translated into eleven languages and performed from Utrecht to Novosibirsk.
In Vienna he works regularly with his independent company new space company, with whom he won the Nestroy Prize for Best Off-Production for komA.

Die Textiltrilogie (The Textile Trilogy)
(Man muss dankbar sein/Ihr könnt froh sein/Wir sind glücklich)
(Got to be grateful/Count yourselves lucky/We are happy)
Economic prosperity in the world has been reversed: where poverty once reigned the so-called industrialized nations can now be found and in Europe, which was once rich, living standards are in decline.  Among those affected are Liesl, Kathi and Hanni – three seamstresses in a low paid factory. Though they attempt to convince the representatives of NGOs that everything here is absolutely fine, it soon becomes clear just how precarious their life really is. If only they could have a fresh start elsewhere! Their only option is escape. And indeed they manage to get over the border into one of the completely isolated industrialized nations. But here too there is nothing but illegal work and exploitation. What should they do? Leave? Stay? Integrate? How do you do that? And does it make you happy?
In sculpted artificial language that is sharp and bitter and reminiscent of Werner Schwab, the Austrian writer Volker Schmidt depicts the fate of his three protagonists in a merciless and thoroughly commercialized world. With his trilogy of plays that began in 2007 in Vienna with ‘Got to be grateful’ and was completed in 2017 in Nuremburg with ‘We are happy’ he manages to achieve an artfully pointed view of globalization and migrant work with all its disasters and absurdities.
Cast: 3 F
Performing rights: Felix Bloch Erben, Berlin
Translated into Russian.
World premiere: 2007, Theater Drachengasse, Vienna
Director: Volker Schmidt
World premiere: 2014, Theater Kosmos, Bregenz
Director: Hubert Dragaschnig/
World premiere: 2017, Nuremburg State Theatre, director: Anne Bader

Where nature meets the city…
Anna, a successful  interior designer,  has everything one could wish to have:
a family, material prosperity, physical health. But when she realizes that she reached the edge her life seems to her like a prison.
Anna starts to do strange things to destroy her beautiful life methododically. Maybe because of the death of her son she has never overcome? When she starts an affaire with Thomas, the boyfriend of her daughter, the situation escalates. Catasthrophies happen within the idyll of her world, it’s a chainreaction between Anna and her sourrounding.
„Mountainbiker“ is a drama about todays „Burgoisie“.
It won the prize of Heidelberger Stückemarkt and has been translated into several languages.