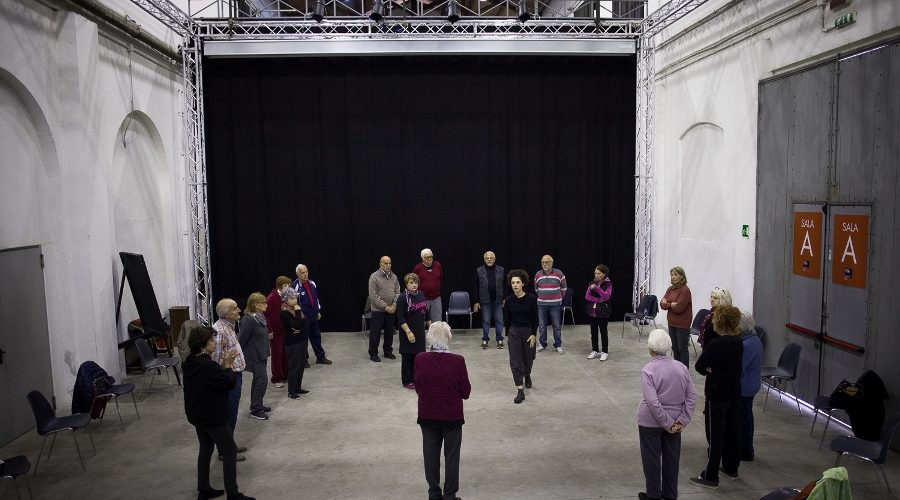 All over November 2019 at Teatro India Silvia Rampelli led a workshop with elderly people, in collaboration with Teatro di Roma, based on the text A l’Ouest by French author Nathalie Fillion.

The play
He calls himself Vandam. Like Jean-Claude van Damme. He’s a hero. A warrior. Continental. Knows everything about combat. He has an opinion on everything. Politics. Women. The world.
In 1989, in Prague, he marched down the National Avenue, which on 17 November hosted demonstration that led to the fall of the communist regime in the former Czechoslovakia.
Now, his second home is the bar Severka. This is his world. It is here where he talks about politics, where he curses, where sometimes he raises his right arm, evoking the Roman salute, gives lessons on life or breaks somebody’s teeth.

Share on FacebookShare on TwitterShare on Linked InShare by Email