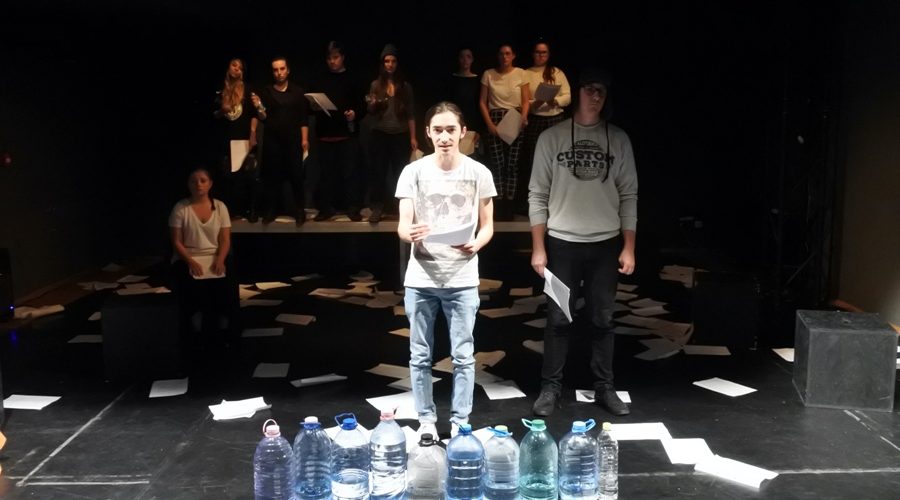 Gallery: Helena Tornero at University of Arts of Targu-Mures

Between the 10th and the 19th of November 2019, Spanish author Helena Tornero was hosted by the University of Arts of Târgu-Mureș in order to work on the stage presentation of her play Head under Water, together with the 3rd year students in acting (BA level).  The stage presentation took place in the framework of