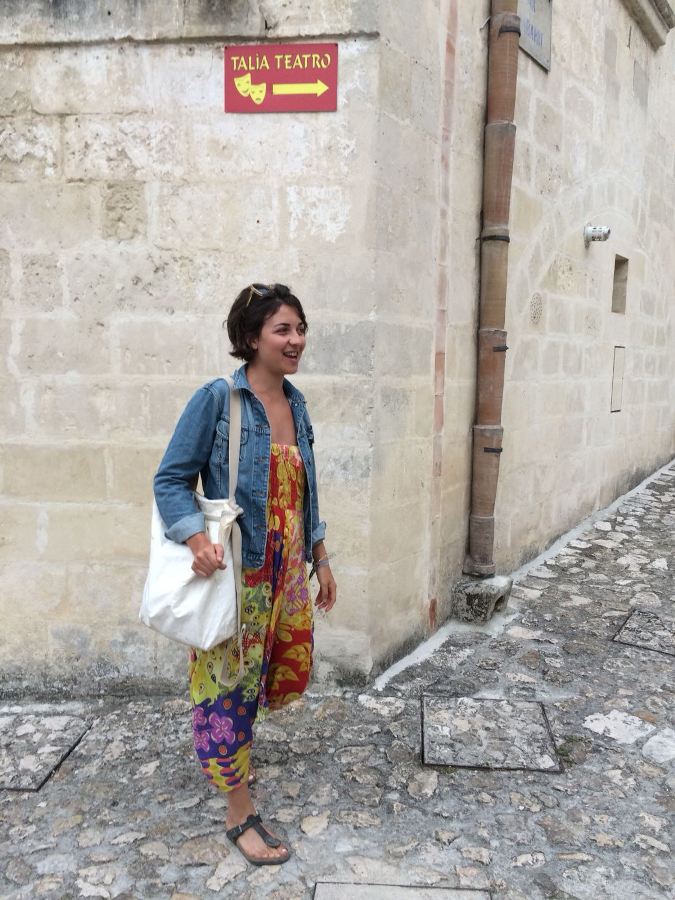 Born in 1995, in 2017 Anastasia Ciocca graduated in Philosophy at the University “La Sapienza” of Rome. In Milan she attended Roxana Marian’s workshop on “Medea or Marital happiness” at the Teatro i and the University of Milan, as part of the Fabulamundi Playwriting Europe project. She collaborates with the Roman newspaper Binrome and with Frammenti Rivista di Milano.

A LONELINESS STORY, or an ancient family tragedy

The dramatic play between Imagination and Life shapes the eternal rebirth of Word, as an image, or a vision of reality, even when it becomes void, silence, it needs words to be expressed. Word’s resurrection is guaranteed by the lifeblood from its roots: going back to roots is etymology (in Ancient Greek etimology means finding reasons, reasoning about words origins). Etymology becomes the extreme attempt to survive, the only way to express something unsolved, tragic, so something bound not to be melt away unless it melts away Life itself. The story bears witness to a condition far removed fom reality, beyond it, as a look from above, by someone sunk to origins of its pain. The monologue becomes dialogue, passing through past life pieces, trying to recollect them, giving a reason. The word becomes a circle which hugs tragic pieces: the only way to hope resurrection.