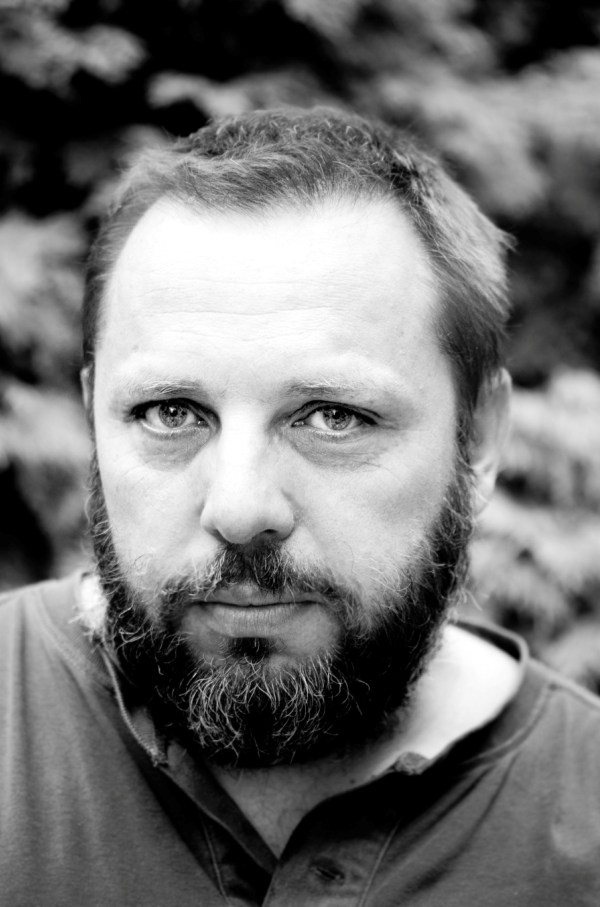 Artur Pałyga was born in 1971. He is a Dramaturge at Teatr Śląski, Katowice. He lives in Bielsko-Biała. In 1989 he became a journalist. To make ends meet, he worked as an assistant steel fixer, a train car cleaner, and a guitar teacher. For a few years, he was an actor with the theatre group Heliotrop. He wrote, edited and personally distributed around town the cultural magazine Lunapark. As he garnered awards for his reporting, he gained experience as a music teacher and then finished his Polish Studies at the Jagiellonian University where he stopped shy of pursuing a doctorate due to his intense engagement in writing for the theatre. In 2005 he wrote the musical Bubble Gum for a neighborhood club. Next he won an award for a play about Bielsko-Biała, which premiered in 2006 in the city’s Teatr Polski. His plays have twice been Grand Prix winners at the Raport Festival in Gdynia (Żyd [A Jew], dir. Robert Talarczyk, 2008 and Wszystkie rodzaje śmierci [All Kinds of Death], dir. Paweł Passini, 2009). Ostatni taki ojciec (The Last Father), dir. Łukasz Witt-Małachowski, as well as Nieskończona historia (An Unending Story), dir. Piotr Cieplak, were winners of the Konkurs na Wystawienie Polskiej Sztuki Współczesnej (All Poland Staged Contemporary Play Contest) in 2009 and 2012 respectively. In 2015, his play Tato (Dad), dir. Małgorzata Bogajewska, won the award for directing in the same contest. His plays have been directed by Piotr Ratajczak, Joanna Lewicka, Paweł Łysak, Jan Klata, Grażyna Kania, Wojciech Faruga, Agata Kucińska, Tomasz Wygoda, Aneta Groszyńska. Paweł Passini received the Konrad Laurel (Laur Konrada – the highest honor for directing, presented by the ‘Interpretacje’ Festival in Katowice) for directing his play Morrison/Śmercisyn (Morrison/Son of Death).
His play W środku słońca gromadzi się popiół (Ashes Collect in the Center of the Sun) won the Gdynia Dramaturgical Award (Gdyńska Nagroda Dramaturgiczna) in 2013. It premiered at Teatry Stary, Kraków, dir. Wojciech Faruga and was also produced at Wrocław Puppet Theatr, dir. Agata Kucińska.
There have been readings of his plays in France, Germany, Russia, Spain and in the Ukraine. Żyd (A Jew) premiered in Budapest in 2014. Aneta Groszyńska directed a teleplay based on the same play in 2015.
In the last couple of years he has led literary workshops for people with disabilities at Grodzki Theatre Association. He wrote a column for the publication Przyjaciel Pies for over a decade. He published a collection of his articles about Belarus in a book titled Kołchoz imienia Adama Mickiewicza (The Adam Mickiewicz Farm Collective). The journalist Mariusz Szczygieł, chose to include his article about sex chats from Duży Format  magazine in his anthology of Polish reportage. He runs the Szkoła Lokalnych Opowieści (School of Local Stories) at Teatr Śląski and, along with Małgorzata Sikorska-Miszczuk, Pracownia Podejrzanych Praktyk Teatralnych (Workshop of Questionable Theatre Practices) at Teatr Powszechny, Warsaw.
His plays have been translated into German, English, French, Romanian, Czech, Ukrainian, Russian, Hungarian, Catalonian and Bulgarian.

An Unending Story (Nieskończona historia)
Who are the inhabitants of a typical Polish tenement house? Aniela Dąbkowa and Wiktoria Dworniczek are two pious, elderly ladies. They often visit each other and go to church together. One day Aniela is alarmed by Wiktoria’s absence. It turns out her friend took a fall and died. Her many neighbors – whose names, not coincidently, allude to biblical figures – give an account of her death. Andrzej – the ambulance driver waiting to transport the dead woman’s body – talks to a well-known radio host about his dreams of angels. Aniela’s grandchildren, Anna and Paweł, visit… or rather they drop off some anti-wrinkle cream and quickly take their leave. Jakub, propelled by a mysterious force, buys the Epic of Gilgamesh in a second-hand bookstore. Mateusz discovers the secret of the Holy Trinity in his dream, but forgets it upon waking. Everyday objects, such as a Calendar, or a Piece of Old, Yellowed Newspaper, also have their “fifteen minutes of fame” in Pałyga’s play. Our heroes are shown immediately after their awakening, when the line between sleep and waking is still fuzzy. A poetic fresco about the crisis of faith and passing.

A jew
The play exposes many intimate parts which one would rather keep hidden. The serious issues at the same time are presented in a witty way. It is a picture of still present Polish anti-Semitism at a rural school having financial problems. The very clear role of a principal and teachers within an intriguing situation – what would happen if an ex student of theirs living now in Israel appeared? The Polish fantasy of this matter has no limits and the emotions do not go along with rational thinking. This is an absolutely perfect comedy making us laugh at ourselves but also provoking thought. The author brings here elements of farce to highlight still existing stereotypes about Jews that reflect our national mentality. Not all viewers might like the play but it has a strong comedic sense which stimulates laughter followed by fierce discussion.