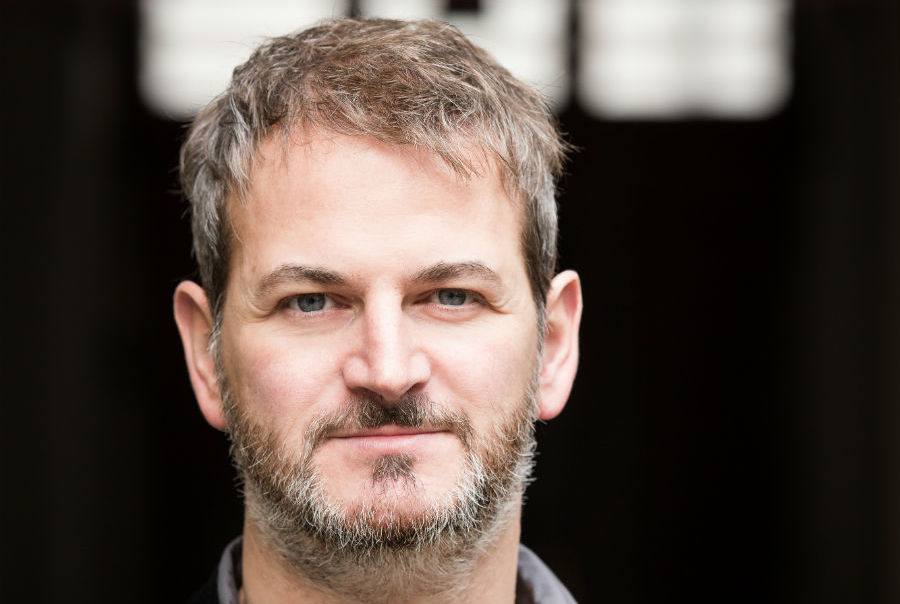 My home is my language. I write about people. Men and women, kids and ghosts. Animals and sometimes plants. Plants? – No, that’s not true. I write about love and hate, death of love and birth of hate. Or the other way around? Maybe the opposite is always right and a day follows a night.

See below all the activities involving Bernhard Studlar in the frame of Fabulamundi.

Born in Vienna in 1972. 1991-1996 Studies at Vienna University (Theatre Studies, Philosophy, German, Journalism).
1995-1998 Dramaturg and Assistant Director at Theater der Jugend, Vienna.
1998-2002 Studies Scenic Writing at University of the Arts.
Bernhard Studlar writes plays as a solo author and as part of a writing duo with Andreas Sauter. 2001 Writer’s Prize at the Heidelberger Stückemarkt for his play ‘Transdanubia Dreaming’, that was given its world premiere in January 2003 at the Burgtheater Vienna. The first play written together with Andreas Sauter, ‘A. is Another’ was awarded the Kleist Prize for Young Playwrights in 2000 and the Radio Play of the Year award by the Radio Basel Foundation in 2004. ‘All about Mary Long’ won the prize for Best Radical Comedy from Kassel State Theatre (world premiere Donaufestival 2004). In December 2003 ‘Mariedl-Kantine’ premiered at the Burgtheater Vienna.
In 2006 he adapted Julie Zeh’s novel ‘Spieltrieb’ for the Deutsches Schauspielhaus in Hamburg and wrote the commissioned play ‘Me and You and the EU’ for the same theatre.
From 2010 to 2015 Bernhard Studlar wrote a series of four successive plays for the Rabenhof Theatre in Vienna: ‘Human Being Parcifal’, ‘Don Q’, ‘The brilliant city musicians – every man for himself’ and ‘Robinson Crusoe’ as well as a trilogy of children’s play about space (‘Round the corner’), time (‘See you later’) and food (‘Tuck In’).
In 2014 he adapted Julie Zeh’s novel ‘Zero Hour’ for Theater Bonn. In 2015 his play ‘Die Ermüdeten oder Das Etwas, das wir sind’ (“The Exhausted, or whatever we are” was given its world premiere at Schauspiel Leipzig. In March 2017 his commissioned play ‘Starless Night’ received its world premiere at the Slovak National Theatre in Bratislava.
In 2005 he was joint founder together with director Hans Escher of the intercultural playwriting project WIENER WORTSTAETTEN.      www.wortstaetten.at

Me and You and the EU – Borderline Experiences (Fun & Horror)
The place where this story takes place is a utopia: the Cafeo Europo. Karoline, Kardinal and the waiter sit there dreaming of change. They are waiting for a New Europe, wistful, nightmarish and usually musical. They believe it is getting harder and harder for people to find their way. Regardless of whether they are at a road junction, a border crossing or in their own apartment. The play deals with the loss of security and people’s longing to arrive somewhere.
Cast: 1 F / 2 M
World premiere 2006, Deutsches Schauspielhaus in Hamburg
Director: Roger Vontobel
Performing rights: henschel Schauspiel Theaterverlag, Berlin

Nacht ohne Sterne (Starless Night)
A city somewhere in Europe. Its inhabitants’ paths cross or part forever in this starless night. Sirens wail constantly and there are demonstrations on the streets. Two men are killed, one in the theatre, the other in the street. A third who is mortally ill, throws himself out of a window. Its themes are gambling debts and guilt, fears about making a living and the desire for a little happiness and security. An actress with angel wings saves one and leaves the other, a doctor sacrifices herself for her profession, a girl wanders aimlessly through the streets. Death joins her and gives her a parting letter from her father. He is the only one who always knows what to do, doing his work efficiently and professionally. When it gets late (too late) the characters meet in the Bar a nox. They walk drunkenly over the cemetery of their dreams.
‘Starless Night’ tells of how the blanket of civilization is getting thinner in a time when terrorist violence and social inequality play into the hands of populists of all shades.
Cast: 5 F / 5 M
World premiere 2017, Slovak National Theatre, Bratislava
Director: Jan Luteran
Translated into Slovak.
Performing rights: henschel Schauspiel Theaterverlag, Berlin

They are non-smokers, drink organic beer and they grow their own vegetables. They are couples, singles or parents. They arrived in the middle of their lives. Branded as “Generation Golf”, as a “zero-goal” generation. They are the children’s children of the post-war generation, they are children of the hippies and the new bourgeois. They design their careers and their investment funds. They cultivate their bourgeois, liberal lifestyle and are on a permanent self-discovery trip. They live down-to-earth and functional. Or precarious and yet dreamless.
Finally they all meet again at a party, with (exceptionally) alcoholic drinks on a roof terrace high above the city. The children are in bed, the nanny instructed and yet the planned exuberant evening somehow does not succeed.
Forever young, already old. Cheers! Although there is nothing to celebrate, it’s nice that you’re all here.

Journal of the students of the masterclass led by Bernhard Studlar

At Teatr Dramatyczny, the Austrian author Bernhard Studlar led a masterclass for theatre students from 14-24 October 2018. The theme of the workshops was The Confessions of the Courageous Mind. Here we publish some reports from the students who partecipated at the masterclass. Zuzanna Bojda The workshops helped me to realize the mistakes that I […] 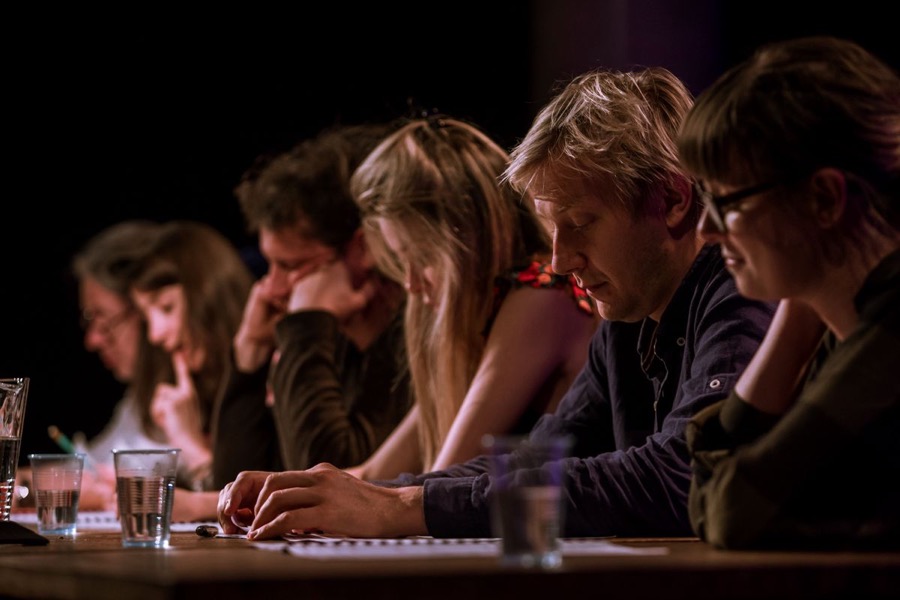 On 15th October, Starless Night by the Austrian playwright Bernhard Studlar has been presented at Teatr Dramatyczny in Warsaw, in the frame of the master for theatre students that the author leads from 14th to 24th October. Below we publish some pictures of the show.