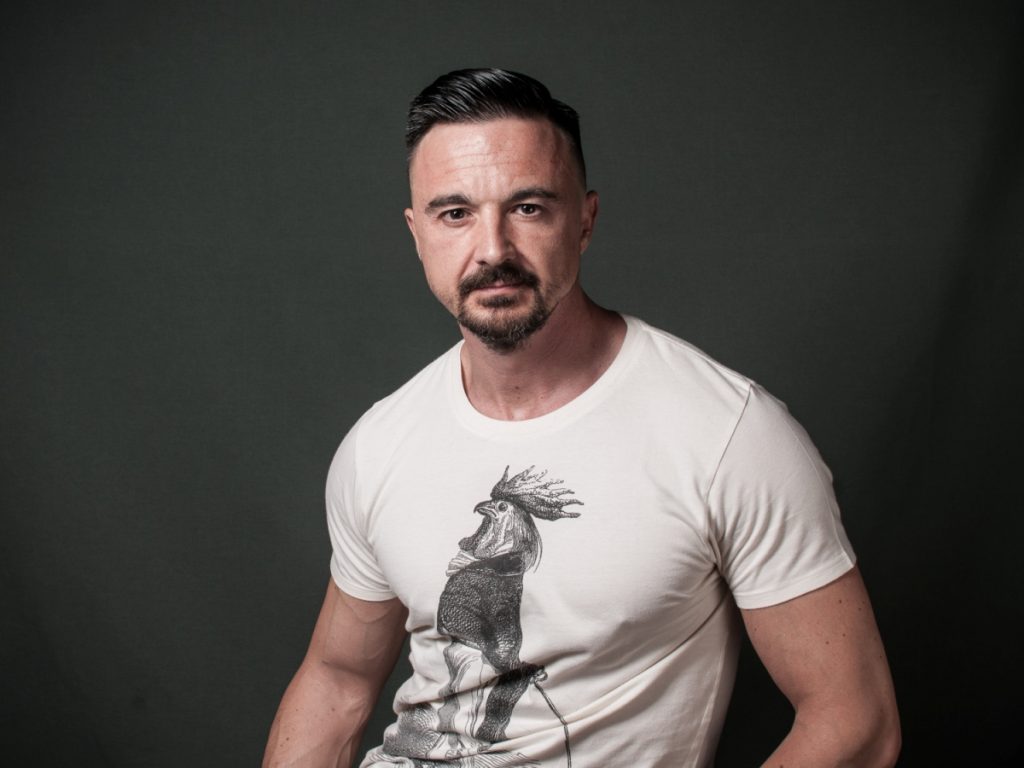 My theatre is fed mainly by the reality that surrounds us, whether gleaned from newspapers and news programmes or our personal day-to-day relationships. It is using this raw material that I produce my texts which focus, above all, on the plot and the characters. Formally, I am closer to texts of a naturalist convention, but always transformed by structures of fragmentation, juxtaposition or simultaneities. In this sense, I also try to mix eminently theatrical procedures with influences from other formats, such as television, film and videogames. As for genres, I like to explore a broad range: comedy, political drama, musical theatre and even dance theatre.

See below all the activities involving Guillem Clua in the frame of Fabulamundi.

He holds a degree in Journalism from the Universitat Autònoma de Barcelona, and commenced his theatre training at the London Guildhall University (London) in 1994 and at the Sala Beckett in Barcelona. His first text, Invisibles, was awarded the prestigious Ciutat d’Alcoi Prize for Theatre in 2002, the year in which he produced the stage adaptation of Mort a Venècia by Thomas Mann. His play Skin in Flames won him the Ciutat d’Alcoi Prize for the second time as well as the Critics Prize of Barcelona for the best text in 2005. Since then this play has been performed in over 15 countries, including at the Centro Dramático Nacional de Madrid (2012). Clua has written, among others, Taste of Ashes (2006), Marburg (2010), Promised Land (2011), Invasió (2012), Smiley (2012), La revolució no serà tuitejada (2013), adaptations of classics such as the Ilíada (2016) and La Revoltosa (2017), and the musicals Killer (2011), Ha pasado un ángel (2013) and 73 raons per deixar-te (2015). He has also contributed texts or collaborated on the dramaturgy for theatre-dance shows such as Cenizas (2014) and En el desierto (2015). Some of these works featured him as stage director. Clua also has extensive experience as a screenwriter for television series, such as La Riera and El cor de la ciutat (TV3), among others.

Per damunt dels nostres cants
Tomàs gets his two sons, Jesús and Abel, to come round for dinner so he can tell them some mysterious news. The evening progresses normally until the brothers realise that Tomàs has hung a large-sized flag across his terrace. This act, together with personal interests regarding the family inheritance, will lead to the three of them having a blazing row as they reflect on the mechanisms that construct our personal, family and collective identity.
Play in catalan and Spanish.
Play for 3 actors and 1 actress.

The Swallow
Miss Amèlia, a rather strict singing teacher, receives at her house a boy called Ramon who wants to improve his vocal technique in order to sing at the memorial for his recently deceased mother. The chosen song has a special meaning for him and also, it would seem, for the teacher who, despite a certain initial reluctance, agrees to help the young student. As the class progresses, the two characters reveal details of their past, deeply marked by an Islamist terrorist attack that the city suffered the year previously. The real meaning of this attack, the motivations of the terrorist and the long shadow of the victims spark a confrontation between Amèlia and Ramon that will lead them to discover the truth about those terrible events. This truth will force them to reflect on their own identities, the acceptance of loss and the fragility of love, baring their souls to the point that their destinies will become forever joined in a common song to life.
Play available in Catalan, English, Greek and Spanish.
Play for 1 actor and 1 actress.

Promised Land
The action is set at an indeterminate time in the future at the UN headquarters, where representatives of the Republic of Malvati, whose territory has almost disappeared due to climate change, ask their counterparts for an island in order to found a new land. The play narrates in a farcical tone the adventures of the President and his delegation, who are confronted with surrealist situations as they meet with delegates from different nations in their attempt to ensure their future as a people and as a family.

Skin in Flames
The American photographer Frederick Salomon returns for the first time after twenty years to a country destroyed by war. This is where he captured the most famous photograph in history: a little girl in flames thrown through the air by the explosion of a bomb. In the hotel room where the action takes place he meets with a young female journalist from the official newspaper of the regime who will interview him. Her questions, first focused on the tribute he will receive from the new administration and the ambassadors of the fifteen most powerful countries in the world, will enter more personal and more disturbing territory, and will finally uncover a secret which will shake both their lives. Meanwhile, in what could be another room of the same hotel, a delegate of the United Nations meets in secret with a local girl for a sexual encounter. The two plots will cross paths, creating surprising links. Skin in Flames is not a play about war, but about the stories, big and small, which pierce the skin of those who experience it.

Marburg
In August 1967 an outbreak of a virus unknown to man shattered the quaint village of Marburg killing 23 people in a matter of hours. Since then, the name of that German town has been linked to the horrible symptoms of that new illness. This historic event is present in the four stories that, over a period of 40 years, take place in four different places in the world named Marburg (Germany 1967, Pennsylvania 1981, South-Africa 1999 and Australia 2007).
The concept of illness, present in the four locations, imbues the issues that collide. The weight of history, the value of faith, the power of politics, the aim to survive, and the definition of our own identity shape the lives of nine characters, linked through space and time, who believe that the world they know – their life, their beliefs, their country – may end at any time.
Four cities, four moments of recent history, and one single voice that wonders who we are when we’re on the verge of vanishing from the planet. 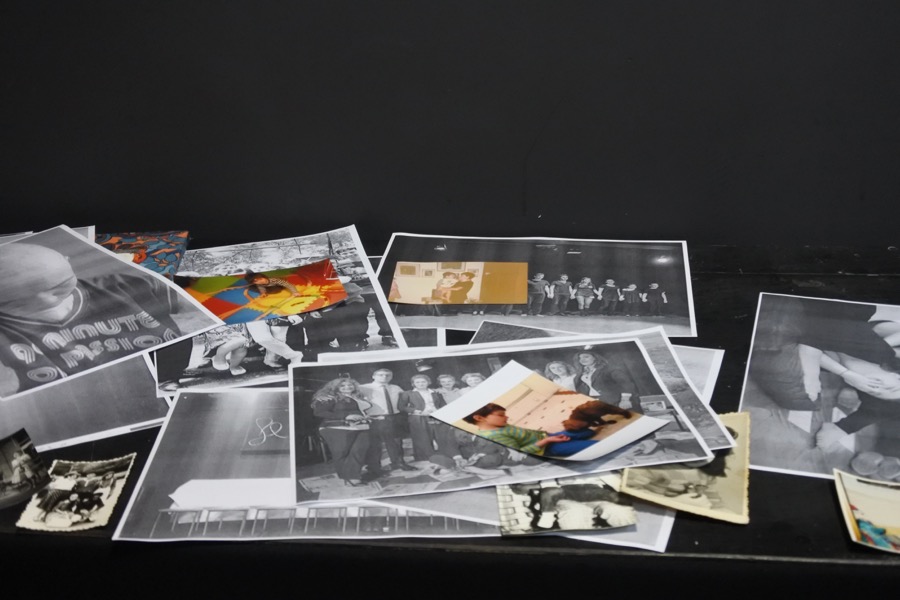 gallery: Workshop led by Guillem Clua at University of Arts of Targu Mures

On November 14-22, Spanish playwright Guillem Clua was at University of Arts of Targu Mures to lead a playwriting workshop which involved both Romanian and Hungarian postgraduate students. Here we publish some pictures of those days. 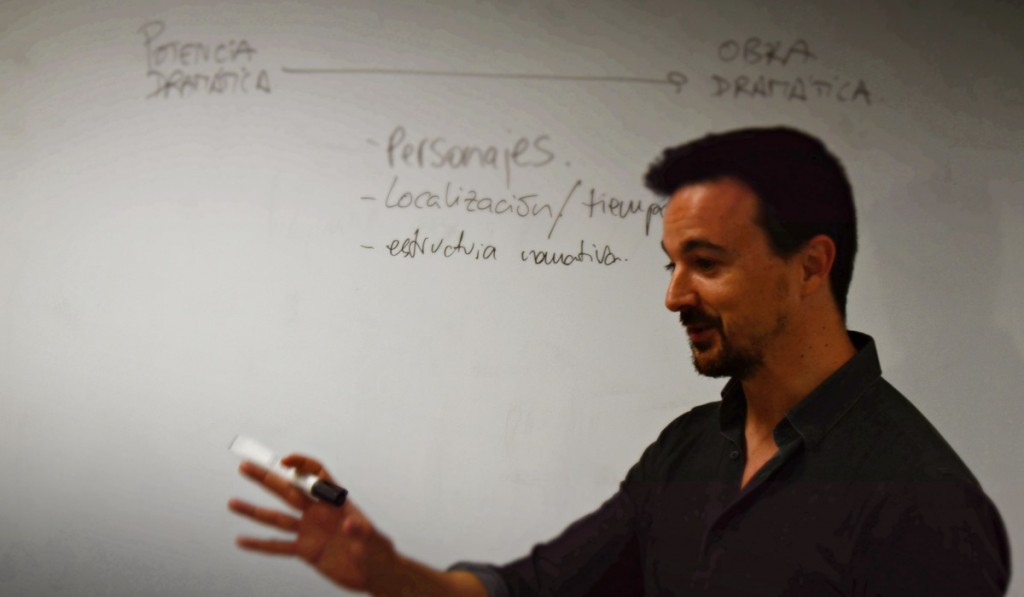 During his stay at Teatrul Odeon (Bucharest) for the stage presentation of his text Promised Land, Guillem Clua led  two masterclasses: one with University students and the other one with High School students. Below you can find the students’ feedbacks about their experience.   Invited in Bucharest on the occasion of the reading performance of his […]