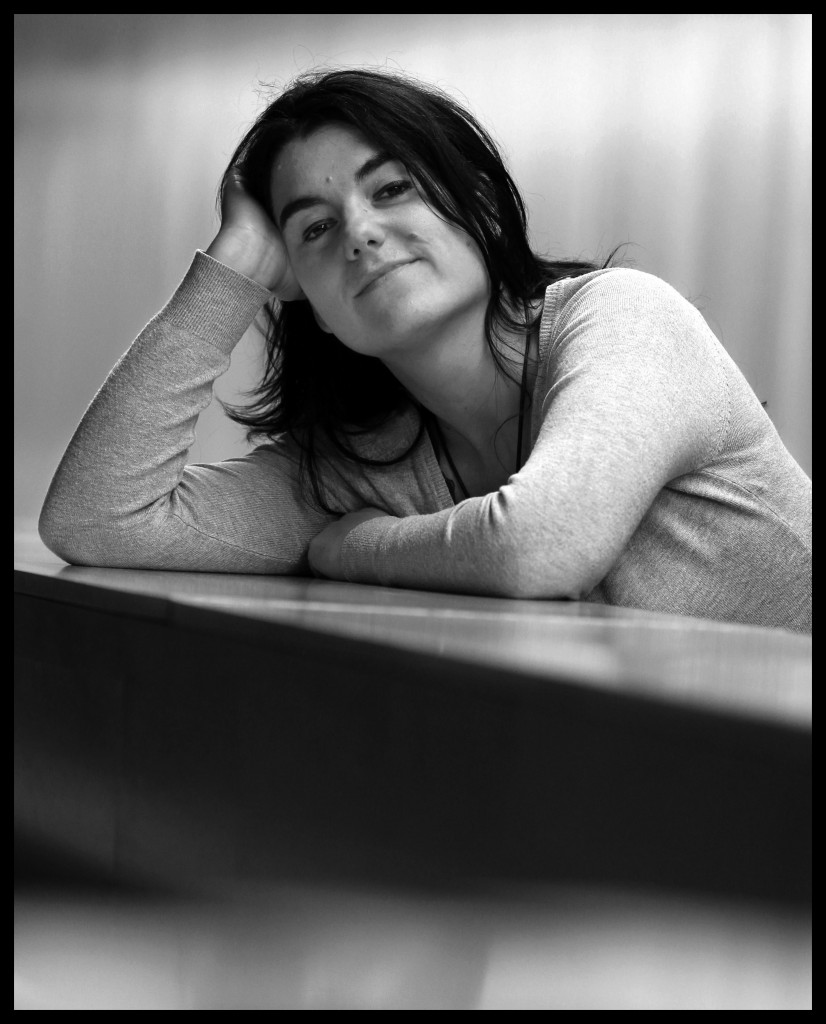 I’ve been writing for as long as I can remember, probably because I don’t know how to do anything else, and, above all, because from a very young age it has been my way of trying to understand the world. I suppose that, if the day ever arrives that I completely understand it, I’ll stop writing. I also suppose that such a day will never come. I write, but I don’t write novels or poems; above all I write plays, because theatre is the medium that I need to express myself, because it’s a living art and because it is an art that is completed by directing. I write, yes, but I also direct. For years now I have felt the need to direct my plays. I feel that from the solitude of my desk, plays are not finished, that they need teamwork in order to be complete, to extract the essence of them. I write about the reality that surrounds me, about what causes me to ask questions, about what I believe I know.

A graduate in humanities from the UAB. She trained as a dramatist at the Centre d’Études Théâtrales in Louvain-la-Neuve (Bèlgica) and at the Obrador de la Sala Beckett.
She is the author of L’olor sota la pell (V Joaquim Bartrina Prize; Sala Beckett, 2007), Emergència (runner-up for the III Fundació Romea Prize for theatrical texts), En conserva, Sorry (XXXV Ciutat d’Alcoi Theatre Prize, second place in the Marqués de Bradomín Prize 2007 and runner-up for the Max Prizes 2010; Sala Beckett, 2009), Les nenes no haurien de jugar a futbol (Festival Grec and Versus Teatre, 2010; with productions in Croatia, Mexico, Cyprus and Greece), A mi no em diguis amor (TNC, 2010), L’any que ve serà millor, written with Carol López, Mercè Sarrias and Victoria Szpunberg (La Villarroel and Teatro Bellas Artes de Madrid, 2011-2012; winner of the Max Prize 2013 for the Best Author in Catalan), Litus (SALAFlyhard/Teatre Lliure. Nominated for the Butaca Prizes for the best small-format show. First Post-funció Prize for the best play of 2012) and Losers (La Villarroel, 2014).
She combines her theatre work with scriptwriting for television.

Litus
Three months ago Litus died in a car accident. His girlfriend, two friends and his former band mate, who has since become a music star, meet at Litus flat. Toni has called them to give them something Litus left before he died. When he does, everything totters. What started as a friends’ gathering to talk about the dead friend becomes an evening where friends will discover their innermost secrets and where all the tensions hidden for years will come to light.
Litus is a bittersweet comedy with a touch of thriller that speaks about friendship, death and love.

Girls Shouldn’t Play Soccer
Anna, a twelve-year-old girl, Lídia, a thirty-year-old woman, and Josep, a fifty-year-old man, have suffered a  car accident. Their relatives do not know who the other people travelling in the car with them are. Who are Anna, Josep and Lídia? How did they know each other? Where were they going? And most importantly: why had none of them ever mentioned the existence of the other two?

Sorry
Marc, Pau and Arnau have done a bad thing, a terrible thing, perhaps they have committed a crime. A cruel crime. A happy, wealthy, normal family (with all the absurdity of the word “normal”). The parents just try to understand. To understand how a child can commit such a terrible act. If only pain could disappear with an “I’m sorry”.