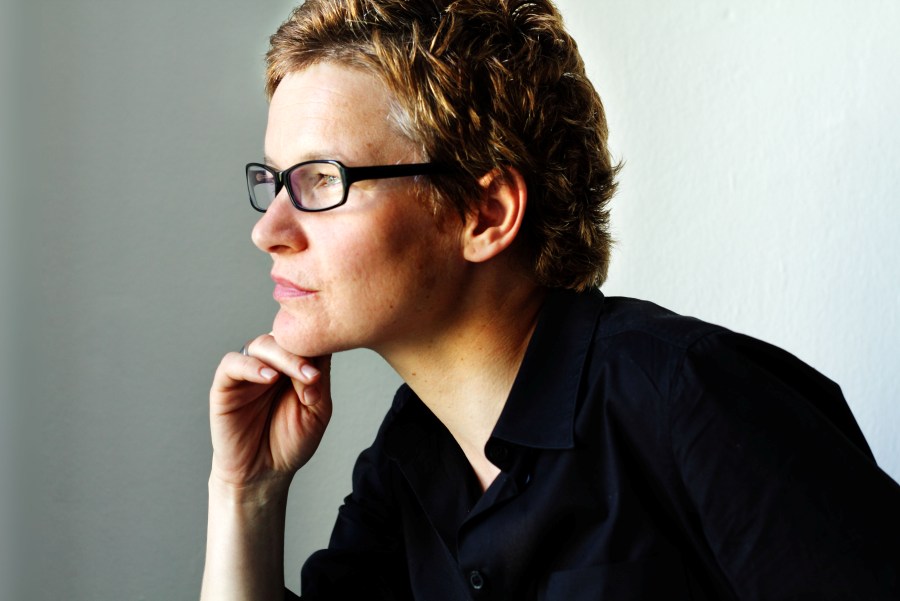 Maxi Obexer studied Comparative Literature, Philosophy and Theatre Studies in Vienna and Berlin. She writes fiction, stage and radio plays and made her name with political dramas and essays. Her work in recent years as a dramatist, author and lecturer has repeatedly examined European policies towards migration.
She has been awarded prizes and scholarships by institutions including the Akademie Solitude, the Academy of the Arts, Berlin, and most recently she was the winner of the 2016 Eurodrama Prize for ‘ILLEGAL HELPERS’.
She has been a visiting professor at Dartmouth College, USA, at the University of the Arts, Berlin, at the German Literature Institute in Leipzig and at Georgetown University in Washington, DC.
Maxi Obexer has a long-standing interest in advanced education in the field of dramatic arts. Together with Sasha Maria Salzmann she founded NIDS, the “New Institute of Dramatic Writing” in 2014: www.nids.eu
Obexer has also developed numerous performances in recent years as collaborations with artists working in contemporary visual arts and music. In 2008 she created the installation ‘Defending Europe’ together with the sonic artist Hannes Hölzl for the European Art Biennial Manifesta 7.
‘The Ghost Ship’, her most frequently performed play to date, is also a critical examination of the responses to refugee crises: a modern requiem about the many dead washed up on Europe’s shores and the indifferent reactions to this (world premiere: Theaterhaus Jena, 2007).
Her plays have been performed at the state theatres in Brunswick and Dresden, the theatres in Basel and Freiburg, at the regional theatres in Swabia and Tübingen, Theaterhaus Jena and the theatre die Rampe in Stuttgart.
ILLEGAL HELPERS was produced as a radio play by WDR in 2015. The eponymous stage play received its world premiere at Schauspielhaus Salzburg in January 2016, followed by a German premiere at the Hans Otto Theater in Potsdam.
HOT Potsdam then commissioned Maxi Oberer to write ‘Going or Staying’ on the specific situation of refugees in Potsdam.
Obexer’s plays have been translated into several languages including French, English, Bulgarian, Czech and Romanian.

Illegale Helfer (Illegal Helpers)
This documentary play addresses the plight of the people from all walks of life who seek to provide aid and shelter to migrants—even though it is against the law. A powerful insight into a contemporary tragedy that threatens to engulf Western Europe, ILLEGAL HELPERS provides a sharp look at those who help and those who callously sit by doing nothing.
Cast: 4 F, 7 M
Performing rights: schaefersphilippen
Translated into Bulgarian, English, French and Czech.
World premiere Salzburger Schauspielhaus 2015; Hans-Otto-Theater 2016
Radio play, WDR 2015. Director: Martin Zylka
Funded by the Film Foundation of North Rhine-Westphalia
Robert Geisendörfer Prize 2016; Eurodram Prize 2016.
Editor and Dramaturg: Isabel Platthaus

The Ghostship
Das Geisterschiff (The Ghost Ship) tells a story that took place in December 1996. Then, 283 refugees drowned off the southern coast of Italy, and their death was silenced for years. The legend of a “ghost ship”, whose existence and sinking was only unearthed by an Italian journalist six years later, haunted the area. Maxi Obexer focuses less on the reconstruction of the incident than on how it was handled.