See below all the activities involving Pauline Peyrade in the frame of Fabulamundi.

Pauline Peyrade is a playwright. She studied at RADA (London) and at ENSATT (Lyon). Among her plays, two have been produced by France Culture (0615); Ctrl-X was directed by Cyril Teste in 2016; Bois impériaux was a laureate of the Aide à la création of the CnT and was read at the Théâtre Ouvert and at the TNS directed by Anne Théron, and then at the Comédie Française and created by the Das Plateau Collective in 2018; Poings was the “coup de coeur” of the TNS’ and the Comédie Française’s reading committees and presented at the Mousson d’été 2017. In 2015, she presented a “Sujet à vif” performance at the Avignon Festival with circus artist Justine Berthillot with whom she founded #CiE. They created Poings in 2018 at the Préau-CDN de Vire. She is associate playwright at the Théâtre des Ilets-CDN de Montluçon (since 2016), at the Théâtre Poche/GVE (season playwright in 2016-2017) and at the Scène du Jura – scène nationale  in 2018-2019). She teaches in the playwriting departments of the ENSATT and of the École du Nord. Her plays are published by Les Solitaires Intempestifs.

A window opens. A video. An advertisement. A news flash. The phone rings. Adèle is worried. “Did you take your pills?” Laurent grows impatient. “Do you want me to come back up?” A window opens. Photos of Pierre. Interviews with Pierre. Memories of Pierre. A window opens. On Ida’s love. On her memory. On her urges. On her obsessions. On a past locked in the present of a computer screen. In the space of one night. For the duration of a crisis, or perhaps an escape.

Poings (Fists) is a fight to pull oneself together. It’s the story of five moments of a toxic relationship, from the first meeting to the breaking point, told from the point of view of a woman in shock who tries to makes sense of what she has lived through.  It’s the story of five actions with radical biases that bring loss to the surface. Exhausting oneself to be awoken, destroying oneself to be rebuilt, going far away to be closer to oneself; every experience explores a borderline state to reveal the relentless force of refusal and resistance we each carry: eyes that never look downwards, fists firmly clenched in the dark.

Journal: Pauline Peyrade about her experience in Barcelona

The French author Pauline Peyrade was in Barcelona from the 7th to the 11th July to lead a writing seminar and see the stage presentation of her text Poings at Sala Beckett. Here we publish the journal of the author about her experience. J’ai eu la chance, cet été, de voir Poings traduit et mis en [...] 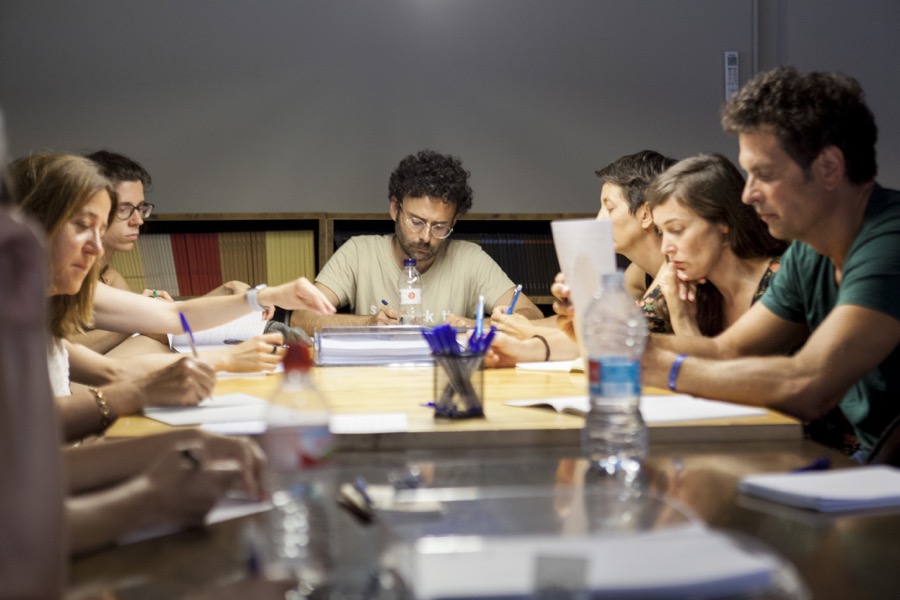 On 10th July the French author Pauline Peyrade led a writing seminar at Sala Beckett in Barcelona. Here there are some pictures of the day. 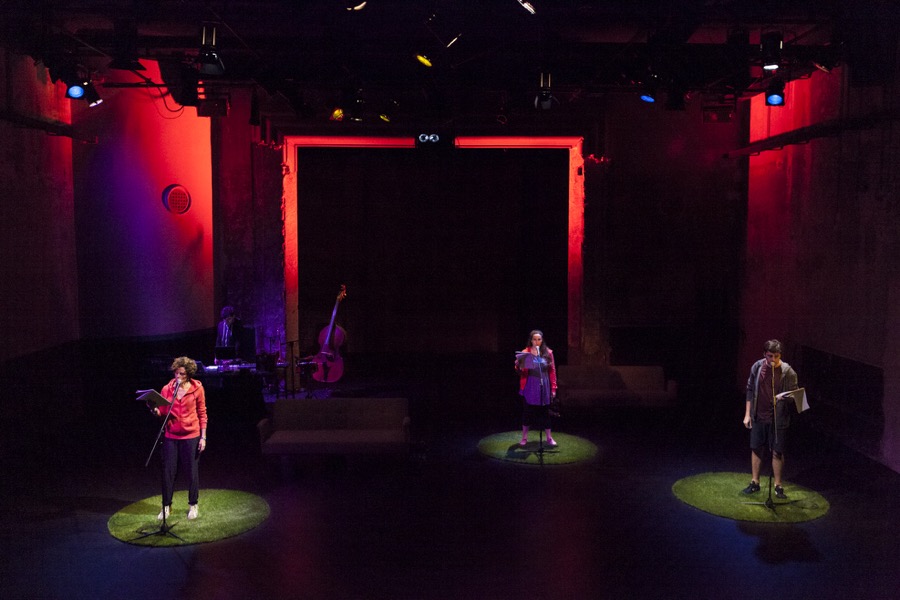 On 9th and 10th July the text Poings by the French author Pauline Peyrade was on stage at Sala Beckett in Barcelona. Here we publish some pictures.