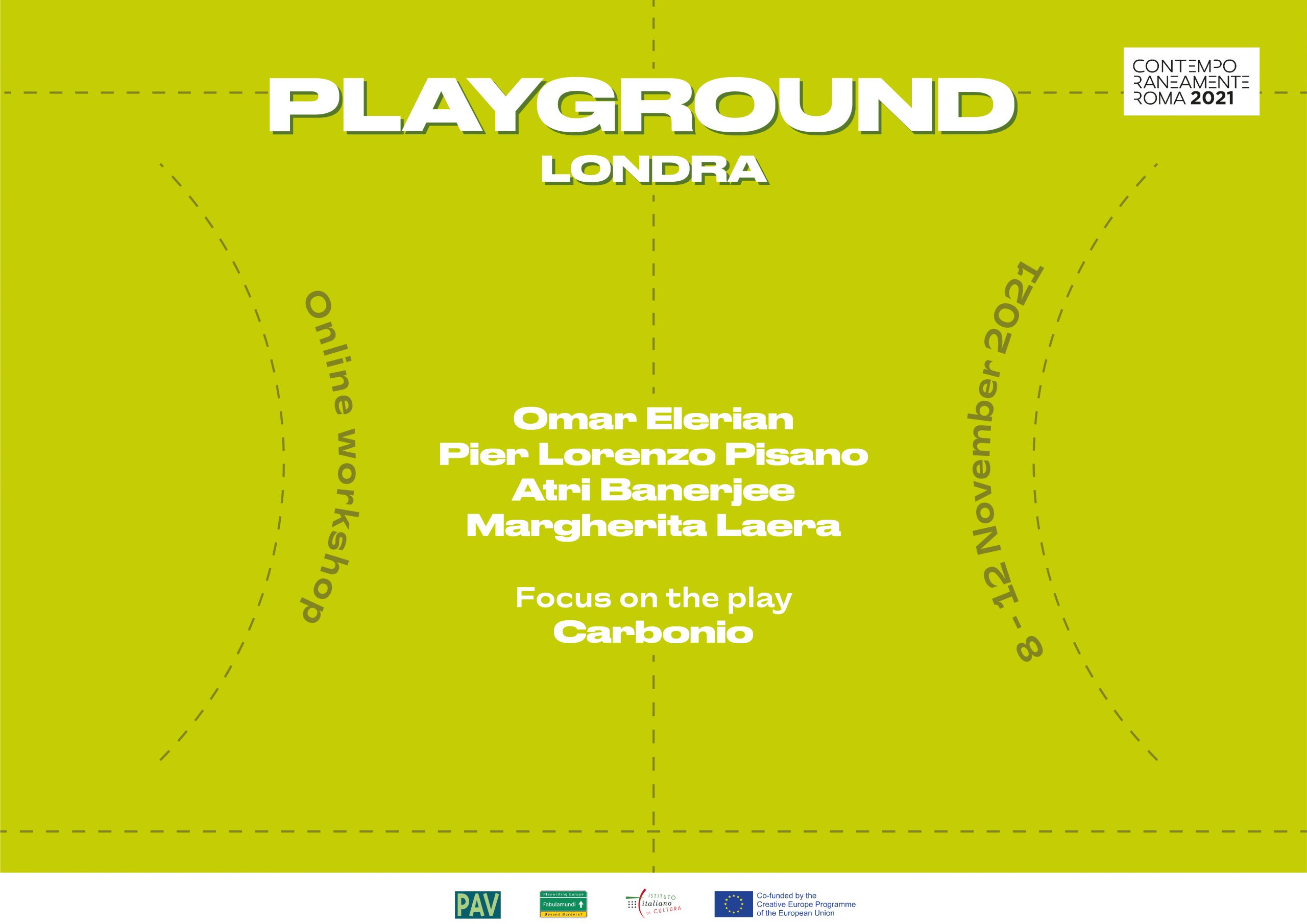 PLAYGROUND is a format of R&D workshops supported by the Italian Cultural Institute of London and the international network of Fabulamundi Playwriting Europe aimed at promoting and supporting new and emerging Italian playwrights by offering the opportunity to translate their plays into English and have them workshopped with UK based directors and performers in order to explore the opportunities and challenges of translation across languages and cultures.

From November 8th to 12th the Italian/Palestinian director Omar Elerian has been offered to direct in a one-week long workshop focused on the text Carbonio by Pier Lorenzo Pisano, together with the translator Atri Banerjee, the supervision Margherita Laera and a cast of three British actors Kate Maravan, Daniel York, Jon Spooner.

The main focus of the work during our week will be to both interrogate the script and characters as they appear on the page, and to discuss the wider issues of translation and adaptation from the Italian context into the British. There will be no doubt similarities, but also huge differences.

Thanks to its experience proven in almost a decade of activity and with its extensive network of partner theaters, authors and texts of contemporary dramaturgy representing 18 European countries, Fabulamundi Playwriting Europe creates with PLAYGROUND a showcase of languages and diversified formats, once again placing at the centre of its action theatrical writing and the creative process that continually leads it to the stage.

The last day of the workshop will be dedicated to a public opening, inviting directors, artists and professionals to attend the reading of the text and take part in a session of Q&A shared with all the people involved in the process.