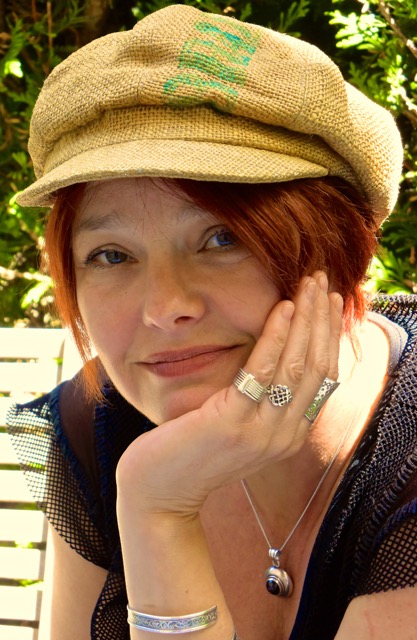 My attachment to playwriting comes from the unique way in which it puts into play a multiplicity of points of view around the same question and confronts them. I try to let the complexity of the world and its inhabitants emerge. I question my contemporaries’ contradictions, the tensions between our trivial preoccupations and our grand aspirations, our search for meaning, from the comic to the tragic. I create characters that are free to struggle with the conflict situations I’ve placed them in. I lie in wait of the epic in a time without heroes and struggle with the way women are represented, from writing to staging. Dialogue, polyphony, entanglement impose themselves, and any number of theatricalities inhabit each play, as any number of realities inhabit this world.

See below all the activities involving Nathalie Fillion in the frame of Fabulamundi.

Nathalie Fillion is a playwright, director and trained actor, and she directs her own plays. Since 2004: Alex Legrand (L’Harmattan), acclaimed by audiences and critics in Paris and on tour, Pling, musical tale (CDR Lorient), À l’ouest (Actes Sud Papiers) (les Célestins, le Rond-Point, tour), Sacré Printemps¸ theatre concert (created at the Centquatre, on tour since 2013), Leçon de choses (CDN Saint-Denis, Limoges, Nancy, Théâtre du Nord), Must go on, dance theatre piece (Montreal, Limoges, La Cartoucherie), Plus grand que moi (Théâtre de l’union, La Chartreuse, Avignon Festival 2017). Her plays have been translated and performed abroad, such as : Les Descendants (L’Avant-Scène), commissioned by the Comédie Française, produced in Rome, and broadcasted over RAI 3, À l’ouest (2011 Fondation Barrière Prize), translated in many languages, selected by the Comédie Française reading committee and presented in Montreal, San Francisco and created in Marburg (Germany). She wrote a libretto, Lady Godiva, Opéra pour un flipper (Opéra Bastille, Théâtre du Chatelet-Paris). Spirit, comédie occulte du siècle 21, supported by the Royal Court Theatre in London, presented at the 2015 Jamais Lu Festival in Montreal, will be created in France in 2018. She is a member of the Coopérative d’écriture, and an associate artist at the CDN Limoges and at the Théâtre du Nord. In July 2016, Nathalie Fillion was named Chevalier de l’ordre des Arts et des Lettres by the Minister of Culture.

SPIRIT
Paris, spring 2014. Through a mysterious real estate agent, three sisters,  impoverished intellectuals,  move into the apartment once occupied by Lenin in 1909. In the apartment they are confronted with a series of eerie occurrences… Is the apartment haunted? Or possessed by other stories?… In a normal three-room apartment, two timelines, two parallel stories will cross baths, collide, interfere with one another.  The ghosts of the past confront visions of the future, and both eras are the ghost-echo of the other, its distorted mirror image. The historical figures put into question present convictions and commitments, while the contemporary characters unsettle the certainties held by those of the past. Caught in a time warp, these beings, separated by a century of history, are forced to come together over the course of an endless night.

OUT THERE
A contemporary family, a motley reconstituted family : grandparents, grandchildren, the rejects of separated spouses still grafted onto the family tree, and a son, Jean, middle manager, the center of this constellation, who supports everyone’s needs as best he can. But Jean, frugal and depressed fifty-something, just switched doctors… Suddenly propelled into euphoria by a new antidepressant, he stands on the verge of selling all of the family’s properties. As the global market collapses and the grandparents’ sound investments dissolve, everyone begs Madeleine, grandmother and pillar rock of the family, to put her nose in a business that doesn’t concern her: her son’s finances, and to bring back Jean to his senses. Blending playful and dramatic, intimate and political; Out There questions everyone’s relations with having and being and creates the portrait of three lost generations in a rich country in crisis.

Alex Legrand
Alex Legrand has just written a provocative book in which he settles some scores with his family. The book is coming out today. The play begins today. Alex is in a total state of panic. His parents are about to arrive at his house. They know nothing about their son’s book or that he has assassinated them in a work of fiction. In real life, they are just coming over for tea to meet his new fiancée, Annabel Lee… Alex Legrand makes a case for the complexity of human relationships without judging or condemning. It is also a story about words that are spoken or withheld, and words that are life-creating or life-condemning.

A l’Ouest
A family of today: grandparents, grandchildren, the rejects of separated spouses still grafted onto the family tree, and a son, Jean, the hazy center of this constellation, a depressed man in his forties propelled into euphoria by a new anti-depressant… While the global markets collapse and the grandparents’ sound investments dissolve, Jean, as careless as the markets are perturbed, prepares to sell off the family’s properties. Upon this canvas, Nathalie Fillion interweaves the comic and the dramatic, the playful and the serious, the political and the personal, giving the picture, in epic dimension, of our present time.

Spirit
Paris, 2014. The 14th arrondissement. Thanks to a mysterious rental agent, three sisters,  impoverished intellectuals,  move into the apartment occupied by Lenin in 1909. Once in the apartment, they are confronted with series of eerie occurrences… Is the apartment haunted? In thrall of other stories, other histories? The ghosts of the past confront visions of the future, with each historical period acting as the phantom echo of the other, its distorting mirror image. The historical figures put into question the convictions and the commitments of those from the present, while the contemporary characters unsettle the certainties of those from the past. Caught in a time warp, separated by a century of history, these disparate beings will be forced to come together in a night without end. 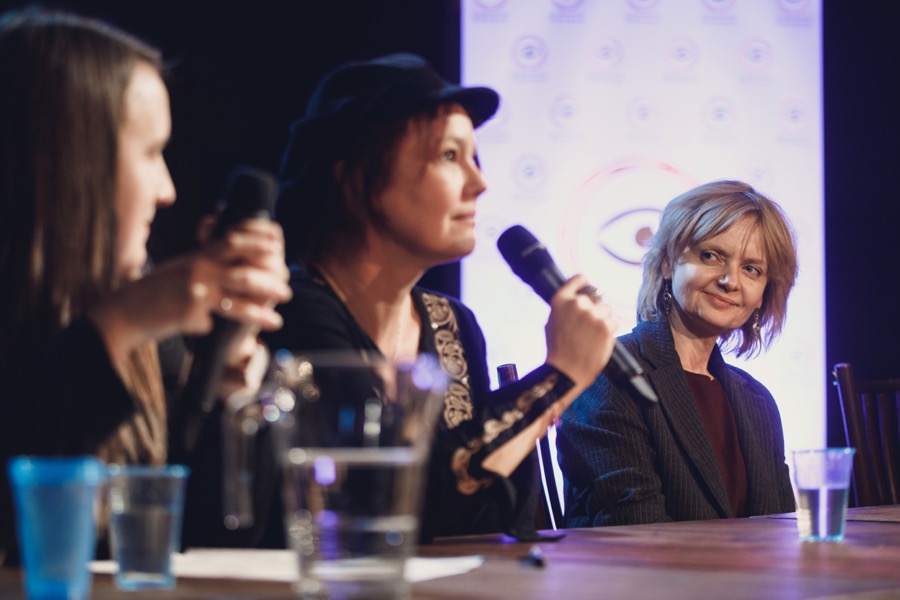 gallery: Reading of the text “Spirit” by Nathalie Fillion in Warsaw 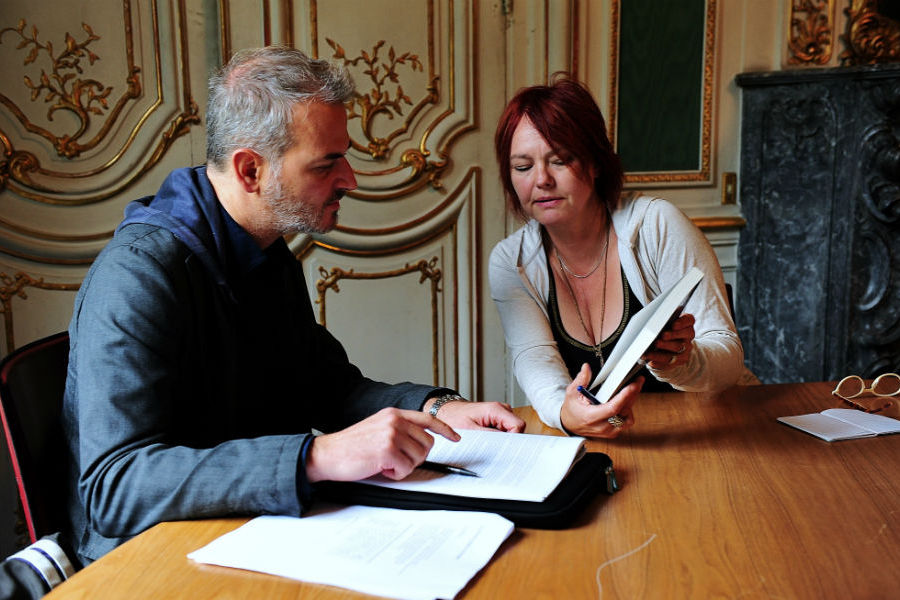