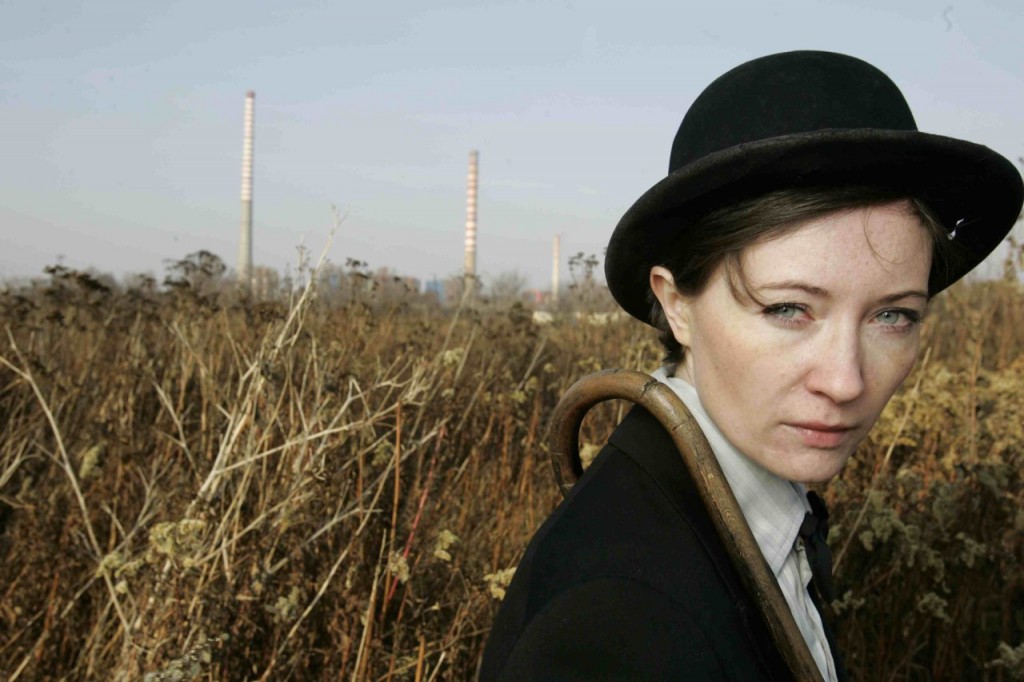 I write when I have accumulated a lot questions, when I want to have my say, when something makes me uneasy, and that disquiet becomes an obsession. Writing puts thoughts in order, but it also twists things around. When I sit down to write, I must be prepared. Have a story in my head. There is a lot of bitter humour in my writing, abstraction, sometimes surrealism, but everything is very strongly based in storytelling and history. I like relating back to things that have already occurred. To the experiences of bygone generations. I believe history will continue to repeat itself until people learn to listen to it. There is so much to be gleaned from history because we are so repeatable… Theatre is an intimate meeting with another human being. When dialogue accompanies this meeting, it makes it even better. Theatre ought to be like writing. And like writing, it ought to have no boundaries.

Agata is a graduate. She has been looking for work for a year now. Any kind of work. She lives with her Mother who has an unconventional take on the job market. No job is too shameful for Mother, not even the kind that conspicuously strips you of dignity. Life, after all, is about surviving at all costs. Agata gets a job interview at a bar. The Thug in charge does not mince his words: in order to get work as a bartender, Agata must surrender to prostitution. She flees. She argues with her Mother about bodily integrity and autonomy. At the Unemployment Agency she receives a referral to a Catholic Secretaries Course, where women are taught submissiveness to men – superior beings, whom they must serve. Agata pretends she sees visions of the Holy Mary, in the meantime mocking Catholic ideology. She eventually lands a job interview at a life insurance agency. It goes very well and Agata proceeds to the next recruitment stage, which requires her to wait for a call from the Manager. Meanwhile, she receives an invitation in the mail for Vagina Consciousness Sessions – women who get together in search of the New Feminine, rejecting the stereotypes that hold them down and pen them into predictable social roles. They honor their own vaginas, seeking communion with biblical Eve. Agata is not convinced that as a woman she is foremost a Vagina. She visits the Unemployment Agency again and bullies a Female Employee for a job offer – an illegal job not sanctioned by the bureaucratic system. She meets the potential employer – a Stranger in search of someone capable of altering peoples’ identities, and even their sexual orientation. Agata takes up the challenge. She ends up back at the bar in order to alter the lewd Thug’s identity. Agata’s Mother appears at the bar with news that the life insurance policy Manager called. A bidding war for Agata ensues between the Stranger and the Manager. Agata’s Mother ups the pay rate, but Agata, not waiting for the bidding results, rejects both job offers and walks off into the distance, into a world of boundless absurdity.

It is 1919. Poland has reclaimed independence after over more than a century. Refugees, forced to flee their conflict-torn region a few years earlier, return to her eastern lands, delineated by fresh borders. Deemed as “foreigners” – they do not speak the native language – they are treated as a threat to Polish identity. The Chief of Police, whose task it is to protect the eastern front of the young nation, is quickly convinced of this. The Polish locals do not trust each other. The atmosphere of suspicion is exacerbated by subsequent murders: refugees, called “bieżeńcy” (from the Russian word for refugee) are murdered. Jews are the first to be suspected of the crimes – they are hanged by the locals without trial. The Police Chief decides to investigate. The murdered themselves help him along, willingly testifying and recounting the story of their exodus: Aniela, a Soldier, a Young Bride. A Police Assistant (who cannot seem to decide which he prefers – pining for love or fornication) has difficulty picking up on forensic techniques. Instead of shedding light on collected clues, the investigation just seems to multiply them. The Police Chief tracks down a Man with a Dog’s Head, an Orthodox Saint, a Soviet Comrade/Grand Duchess Tatiana, as well as an Ethnologist studying the refugee “tribes” for his doctorate. Bit by bit, the Police Chief and his Assistant discover that the Polish soil is like a sea of dead bodies, and that the refugees’ ruckacks contain nothing more than footwraps. When consecutive interrogations – Barbara Niechcic’s among them – yield no results, an Official from the capital arrives. His political message is clear: abort the search for the guilty and focus on instilling Polishness. After the Official’s visit, the Police Chief confronts the Orthodox Priest, who is trying to rebuild his church – for this purpose he carries around an icon of the Mother of God. As it turns out, the Poles no longer want to pray to an icon – a symbol of czarist invaders. The icon’s golden dresses are eventually stolen, while the Orthodox Priest recognizes the Police Chief as as escapee from the psychiatric hospital. Trapped, the Police Chief kills the blackmailing Priest, the only witness to his past. Survival at all costs is something the Police Chief shares with the returning refugees. When the locals discover another dead body, the Police Chief opens a new inquiry. It will continue this way without end, for the Polish land, a land of milk and honey, is fertile in secrecy and death.