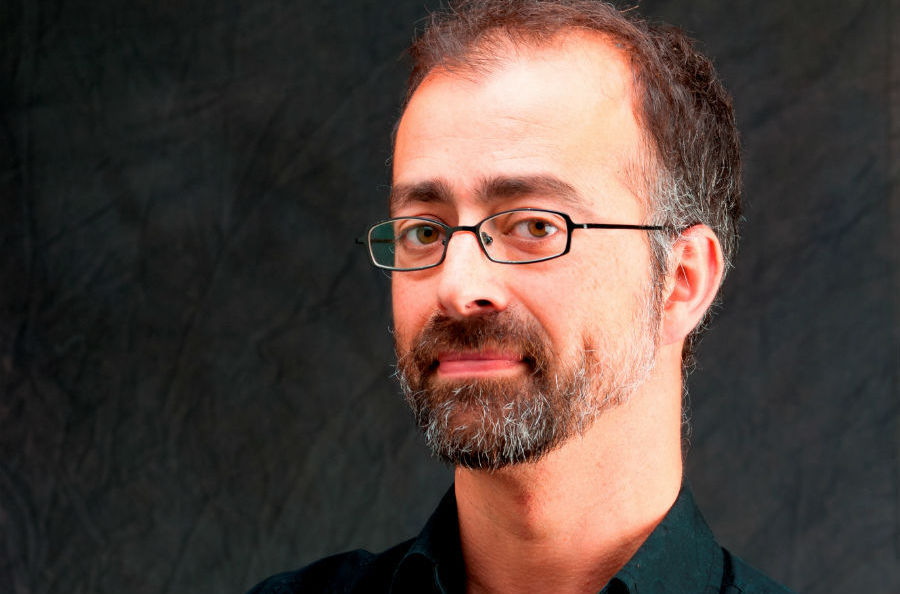 I believe that I write, basically, because I need to, but also because I enjoy it. I like re-presenting the world (or a part of it) through words and the images that emanate from them. Once I feel the need or urge to try to understand something by theatrically reformulating it, I start writing and I really enjoy the process. I undergo true immersion in whatever I am writing. For me, theatre is basically a mirror, a mirror through which we try to understand ourselves, each other and our society. Apart from that, I am convinced that the theatrical phenomenon, the here and now of performing understood as a collective act, is something unique and handmade, something that no social network can substitute.

See below all the activities involving Ferran Joanmiquel Pla in the frame of Fabulamundi.

Girona, 1975
With his company, Cos a Cos, he has directed Vidres als ulls, La crida, El rey del Gurugú and Chagall’s Daughter. He won the Boira Prize for Riu Gener, the Josep Ametller Prize for Dinou, the Bartrina Prize for Blue, the Lluís Solà for Vidres als ulls and the Inicia’t Prize for Chagall’s Daughter. A staged reading of Blue was performed at the Théâtre Ouvert in Paris and afterwards it premiered at the Sala Beckett. His play La crida was selected by the PIIGS Festival and was performed at the Tramedautore Festival at the Piccolo Teatro Grassi in Milan.

Chagall’s Daughter
Tamar is a young Israeli woman of Sephardi origin who lives in Tel Aviv. Her family wants her to go to Girona, taking a rusty old key that has been handed down from generation to generation. Supposedly, it opens the door of the house where their ancestors lived, in the Jewish Quarter, before being expelled by the Catholic Monarchs in 1492. Tamar refuses to believe in this family fairy tale: she wants to move on and be free of the dead weight of history. With the Israel-Palestine conflict as a backdrop, her personal and professional life are about to take an unexpected turn. Then, Tamar decides to go on a journey, thinking that this way she will dodge history and definitively flee from her past. She does not suspect that, ultimately, a journey can also be a return route.
Chagall’s daughter is a journey towards the search for individual roots.
Play available in Catalan and English.
Play for 1 actress.

The Gurugú’s King
El rey del Gurugú is a testimony to the drama of migration seen through the eyes of a dog called Marley. Adopted by Adbul, he sets off for Gurugu mountain, the crossing point, the waiting room for paradise, where Sub-Saharan migrants live rough as they wait for the time to come when they can scale the fence and enter Europe. When Marley reaches Abdul’s camp, he discovers that he has been adopted as a guard dog, to alert to the frequent assaults by Moroccan police. That is when he realises that he is useful for something, that he is essential, that he can have a home and can forge bonds with these Ulysses of the 21st century who will do anything to reach the Promised Land they have dreamed about for so long.
Marley addresses the audience as if they were a new batch of Sub-Saharans that have just reached Gurugú. His view is simultaneously lucid and disconcerted: he does not understand the world of humans but he wants to understand the reason for everything.
Play available in Italian and Spanish.
Play for 1 actor. 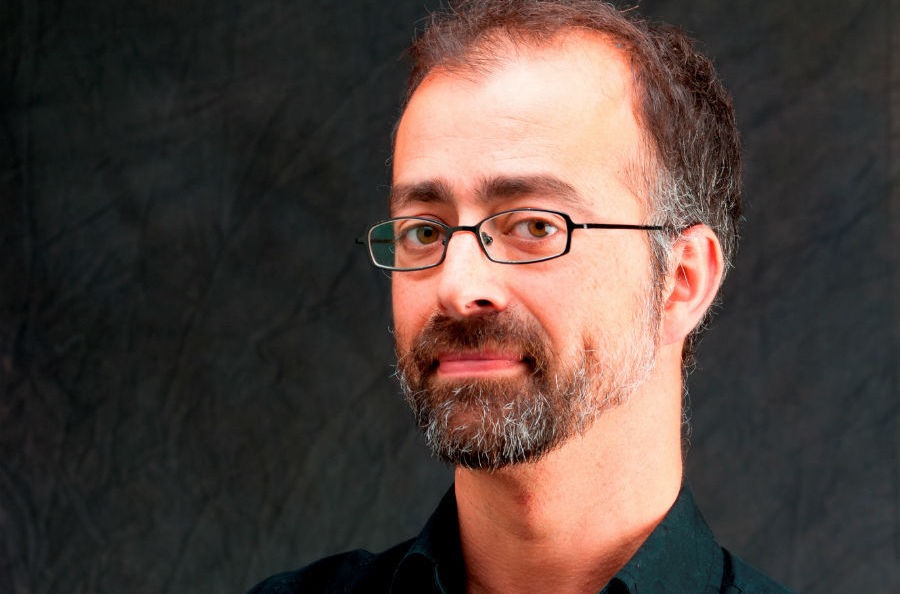 From the 12th to the 14th September, the Spanish author Ferran Joanmiquel Pla was in Rome to attend the Mob Pro held in the frame of Short Theatre festival. Here below we publish the text the author wrote as a journal of his experience: A meeting with the Pope Two guys taking a walk in Sant [...]

Press review: Interview with Ferrán Joanmiquel Pla by the “The Serendipity Periodical”

In the occasion of the thirteenth edition of Short Theatre festival, the students of Sapienza University interviewed the Spanish playwright Ferrán Joanmiquel Pla about his work and discussing with him important topical issues. Click here to read the interview published on The Serendipity Periodical, available both in Italian and Spanish.