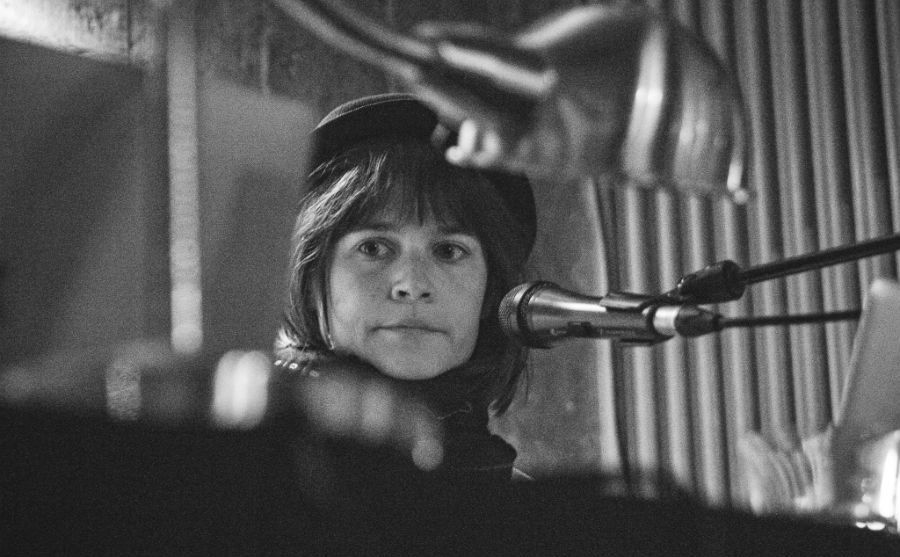 Born in Mödling (Austria) in 1983, studied Scenic Writing in Graz (graduating in 2006) and a Master’s in Dramaturgy at the “Ernst Busch”, Academy of Dramatic Arts, Berlin (graduating in 2016). She works as a writer in theatre and music theatre, a freelance dramaturg and a translator from English.
In 2003 Gerhild Steinbuch won the Schaubühne am Lehniner Platz, Berlin’s playwriting competition with ‘kopftot’ (“headdead”). Since then she has won numerous literary grants and prizes including the Young Author’s Scholarship of the Hermann-Lenz-Stiftung, the Young Literature Prize of the magazine manuskripte and the State Scholarship of the Austrian Federal Ministry of Education, Art and Culture. She has taken part in the Vienna Burgtheater‘s Werkstatttagen, the Royal Court Theatre, London’s Summer School and the Ingeborg-Bachmann Prize. She has won the Author’s Prize at the 4th Franco-German Autorentage and was a scholar at the Akademy Schloss Solitude, the prose writer’s workshop at the Literary Colloqium Berlin and the Author’s Laboratory at Schauspiel Frankfurt.
Gerhild Steinbuch’s plays are represented by the Rowohlt Theater Verlag. Her translations for the Berlin Schaubühne include ‘The Yellow Wallpaper’ by Charlotte Perkins Gilman (2013) and ‘Ophelia’s Room’ by Alice Birch (2015), which were both directed by Katie Mitchell. In 2016 Gerhild Steinbuch worked under the direction of Philipp Becker as a dramaturg for the Tellspiele Altdorf.
In 2016/17 she was awarded the Hannsmann-Poethen scholarship of the State Capital Stuttgart. The resulting musical performance was given its world premiere in February 2017 at the ECLAT Festival for New Music. The theatrical work she developed together with Laura Linnenbaum ‘Beate Uwe Uwe Selfie Klick’ on the NSU and the European right was invited to the 2017 Heidelberger Stückemarkt. She is currently working on a commission from the Deutsche Oper Berlin/Münchener Biennale to be given its world premiere in 2018.
Gerhild Steinbuch teaches at the University of Applied Arts in Vienna and at the German Literature Institute in Leipzig. She is a founder member of von ‘Nazis & Goldmund’, an alliance of writers against the European right: www.nazisundgoldmund.net

MS POCAHONTAS
Pocahontas, Version 1: A beautiful woman meets a well-travelled stranger in the wilderness. Nothing connects them, nothing may connect them but their love overcomes the chasm between their peoples.
Pocahontas, Version 2: An eleven-year-old girl is attacked by a group of brutal invaders, raped and kidnapped: her people is conquered, her home destroyed.
History is written by the victors, stories by Disney – and the crew of Gerhild Steinbuch’s already rather ramshackle ship Pocahontas, equipped with buckets of paint and brushes, make a great effort to depict their story in the brightest possible colours for the audience. However they soon notice that maintaining a positive self-image is hard work: “No sooner have you given the world something beautiful, horror immediately begins to seep through.” Above all when the world keeps turning and one is confronted with the consequences of this beautification. Suddenly the protagonists see boats heading towards their own coastline full to the brim with people seeking help and shelter. And fear and defensiveness set in while at the same time they hastily assure each other of being on the side of the good guys
Cast: variable
Performing rights: Rowohlt Theaterverlag
World premiere: 17. 05. 2015, Schauspiel Frankfurt
Director: Laura Linnenbaum

GUTE GESTÄNDNISSE BESSERER MENSCHEN
(GOOD CONFESSIONS BETTER PEOPLE)
During the week people suffer their way miserably through their lives, slipping out of their rotting apartments into the office, an imposition on others and barely able to put up with themselves. But on Sunday they go to the woods, like everyone else, dressed in leisure wear, with an apple, thermos and sandwiches. Because the woods are a socially acceptable leisure destination: here people become creatures, their facades drop, nature breaks fresh ground. Knowledge of one’s own misery, mutely tolerated humiliations, apathy and desolation: none of these count any more when you go hunting together, when you’ve got your opponent in front of you, when flesh meets flesh and the first bone breaks.
‘Good Confessions Better People’ descends into the abyss of everyday life. Like in a distorting mirror these average individuals appear both sympathetic and monstrous at the same time: their desire is insatiable, every one of their caresses an assault. The noose of longing, loneliness and violence draws ever tighter – until in the woods killer and victim, tenderness and brutality finally become one.
Cast: variable
Performing rights: Rowohlt Theaterverlag
Free for world premiere