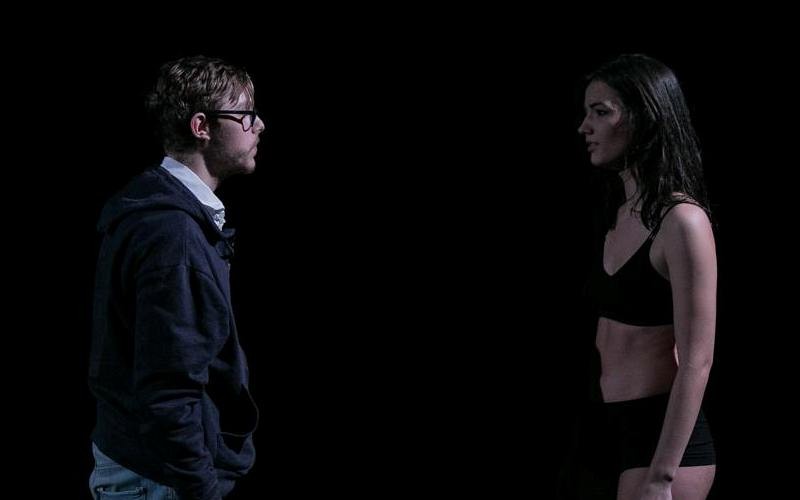 It is one of my favorite shows (that I play in)! I fell in love with the text from the first reading, but mostly I fell in love with the character. Firstly, I found myself in Mia, the character that I play. Secondly, I found the text really up-to-date, containing really common issues. Maybe the fact that I am the same age as the author, Jan Frederich, is one of the reasons that I understand it better. I also like the fact that the text is pretty tough, in speaking and in actions, as well in the issues of the characters.

After meeting the audience, I discovered that many of them found themselves in the play, more or less. The truth is that there were a few people that found the language rude, but in my opinion, this kind of language is so often used nowadays that it’s not a taboo anymore, it’s in fact the harsh reality that most of the teenagers live in and not only them.

It’s needless to say that we formed a great team during the rehearsals. I felt really great working with my colleagues, the director and the technical team of the Studio Theatre as well.

Honestly, I would have loved to have a talk with the author, given our interest in this text.

I can only say that I look forward to the next performance and I wish that we will play it as long as possible. I am also glad that I was a part of this collaboration because it really is a great performance.

𝗜𝗺𝗮𝗴𝗶𝗻𝗶𝗻𝗴 𝘁𝗵𝗲𝗮𝘁𝗿𝗲 𝗶𝗻 𝘁𝗵𝗲 𝗳𝘂𝘁𝘂𝗿𝗲, a participatory lab to open questions about representation, co-creation, and the politics of space and design.

Share on FacebookShare on TwitterShare on Linked InShare by Email