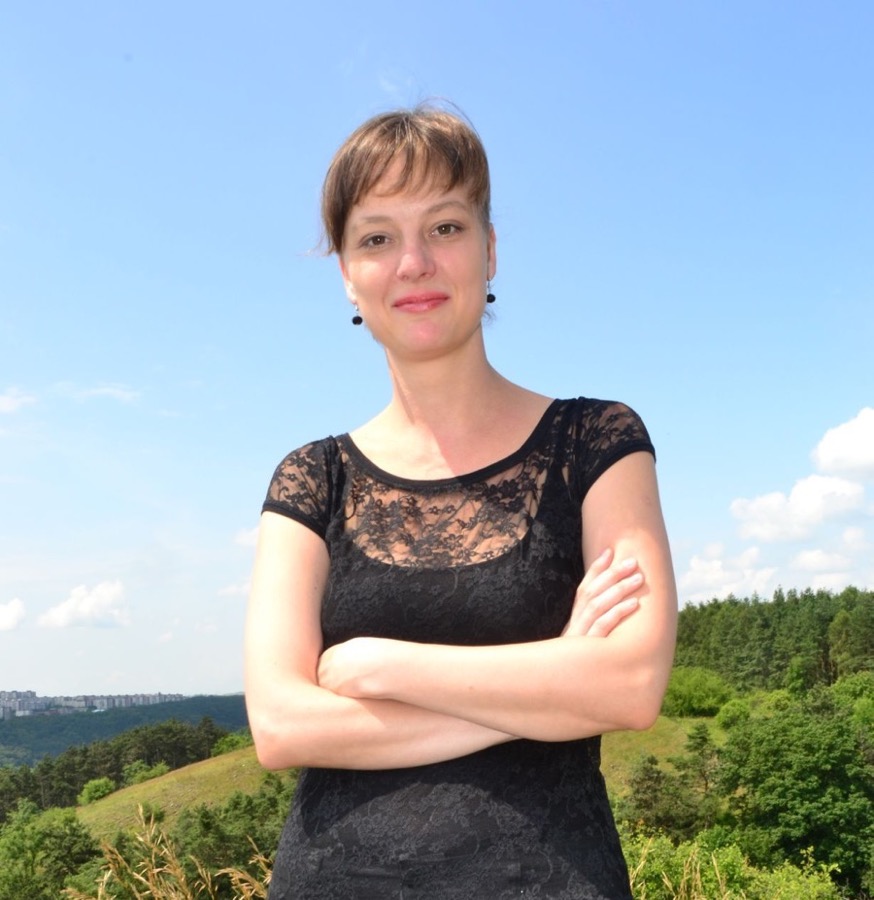 Kateřina Rudčenková (1976) is a real woman playwright of a specific poetic vision, her plays resemble scenic poems in which the reality with the dream mingles. With painful crawlness she reveals the impossibility of mutual understanding, the deep mental abyss among the individuals. She often experiments with form and language (e.g. writing in a third person).

Kateřina Rudčenková (1976). Poet, novelist and a playwright. She has published collections of poems Ludwig (1999), It Is Not Necessary for You to Visit Me (Není nutné, abyste mě navštěvoval, 2001), Ashes and delight (Popel a slast, 2004) and Walking on Sand Dunes (Chůze po dunách, 2013), za niž získala cenu Magnesia Litera 2014, a book of short stories Nights, Nights (Noci, noci, 2004) and a play Niekur (2007), with this play she won the Alfréd Radok Awards for the best play of the year 2006 and it was produced by Theatre Ungelt Prague in 2008. The scenic draft of a theatre play Frau in Blau was staged by the Drama Studio Ústí nad Labem in 2004. For her bilingual translation of her second collection Nicht nötig, mich zu besuchen (2002) published in Austria she received the German Hubert Burda Award for young Eastern European poets in 2003. She was chosen for a month-long residency organized by the Royal Court Theatre in London for playwrights from all over the world. This resulted in a new play, The Time of The Cherry Smoke (Čas třešňového dýmu, 2007), which was shortlisted for the Alfred Radok Awards Playwriting Competition for 2007.
In June 2008, her play was produced as a staged reading in the New York Immigrants’ Theatre and broadcasted on the Czech Radio Vltava station. In 2011, she participated in the Visegrad Poetesse Translation Workshop in Hungary, and in 2014 a Poetry Translation Workshop in Spanish Galicia. She has participated in many international literary festivals, her poems have been translated into twenty languages, books with her poetry have been published in Austria (Nicht nötig, mich zu besuchen, 2002) and Serbia (Granična senka, 2011). Her play Niekur was introduced at the festival of contemporary Czech playwrights Ein Stück: Tschechien / Piece: Czech 2016 in Berlin, where she won the Audience Award. In 2017, at the same festival, her play Time of the Cherry Smoke was introduced for the first time.

“The poet and playwright Katerina Rudenkova, in her plays, deals with women’s problems and criticizes the distorted construction of female identity. In Frau in Blau (2004) she interprets Alma Mahler’s relationship with Oskar Kokoschka by looking at their unborn (in fact, interrupted) daughter, and she sides with the freelance artist. In Blue Horses (2005), she was inspired by Karin Jäckel’s popular publication This also is marriage… (1995) and portrays the love pentagon of characters who live in relationships but are lonely. Her most famous drama is Niekur (2007), where she portrays the relationship of a Czech novelist with a Lithuanian poet during their scholarship as a clash of two different attitudes and narrative perspectives. The Time of the Cherry Smoke (2007) was articulated as a three-generation interview with women in favour of female emancipation. In the play Accident – Coma – Timelessness (2008), she exposes a woman after an accident to confront the men of her life. The play Pacified (2009) is created as a fantastic poetic-philosophical debate between man and woman about the forms of female demeanour. In Petroleum (2009) she was inspired by the American astronaut who tried to hurt her colleague who had a relationship with her husband-pilot.” (L. Jungmannová)

The main topics of the play are intergenerational relationships among women in a family, their relationships to men, relationships between mothers and daughters, our relationships to our ancestors, and also how dispositions to making the same mistakes in a marriage are inherited in a family. The play is written in poetic language and tragicomically tries to depict the pressure of society on women to be “the right women”, to marry, to have kids. There are two storylines in the play. The real one where three women of one family line meet; daughter, mother and grandmother, who is coming from the underworld to help the mother and daughter to reconcile. The second storyline is imaginary. There are three women waiting for their weddings, which is a parallel to Beckett’s Waiting for Godot. The women are the heroines of national fairy tales and children’s models of „the right women“: Cinderella, Snow White and Sleeping Beauty. They are waiting for their weddings to no avail, since neither the grooms nor the wedding guests are coming, instead of that; the female characters undergo a symbolic gender change in secret androgynies.
The Time of Cherry Smoke was created during the residency at the Royal Court Theatre in London and ranked among the finalists in the 2007 Alfred Radok Award.
The play is available also in English translation.

A poetic drama about Czech-Lithuanian friendship (forever) is a slightly ironic and very personal confession telling the story of romance between a young Czech writer Agnes and her older Lithuanian colleague Kornelijus during a working residency in Germany. The playwright is trying to keep her distance from the self-analyzing, almost clinically Bergman-like confession by telling almost all of her text in the third-person reporting style. In fact, the author even refers in the text to the source of her inspiration, Ernst Jandl´s play Aus der Fremde and lets her leading character self-ironically proclaim: “Is she really thinking that writing her play in the third person, nobody would notice how banal it all would sound should she write in the first person?” Nevertheless, the play is far removed from banality thanks to the authenticity of its feeling and its rough openness. The love story of the two protagonists is interrupted from time to time by fragments of a new play written by Agnes. The heroes of that play are two Siamese twin sisters joined at their heads (they are played by the same actors as Agnes and Kornelijus) whose absurd and almost brutally grotesque dialogues balance out the intellectual and erotic relationship between the two writers.
This intelligent, candid and bitterly funny play for two intelligent actors won the 2nd prize at the 2006 Alfred Radok Awards, where the first prize was not awarded.
The play is available in German translation.