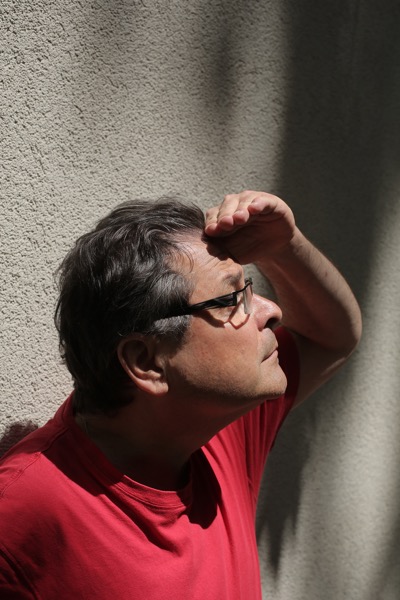 He graduated from the Academy of Performing Arts (VŠMU) in Bratislava where he studied theatre directing. In 1991, together with Blaho Uhlár and Miloš Karásek, he established the Stoka Theatre – a non-conformist alternative theatre where he worked as an actor, director and author. Stoka theatre visited many theatre festivals – with the play Impasse won the Main Jury Prize in Périgueux, France (1994), and with Eo Ipso they took part at the Bonner Biennale in 1996. In 2002 he established the MED Theatre Association where most of the productions are the results of collective and individual improvisations. He has published books of poetry Sinful Sleeping (1991), I came, I saw…) (2000), book of short stories I Feel… (2004), the novel A Bad Actor (2009) and a collection Radio Plays (1999) in which he presented texts of plays: On the Surface, Beatles in a Box, Into Warm Countries, Drops. All of these plays were recorded by Slovak Radio, the Beatles in a Box was staged at the AHA Theatre in Prague, Czech Republic. His play Dobro was recently produced by the Andrej Bagar Theatre in Nitra. He has also regularly co-operated with amateur ensembles. He works as an actor, radio and dubbing director and screenwriter. Since 2006 he has worked as a dramaturg and since 2008 as a director in Radio and Television of Slovakia.

Dobro (the protagonist of the play bearing the same name; „Dobro“ means goodness) is a peculiar parody of the heroes in initiation novels. Dobroslav experiences a variety of situations in which he gets to understand who pulls the strings in this world. The unsuccessful actor and timid homebody still living with his mother is gradually pushed by his predatory relatives and a mobster „friend“ to take a job in Brussels. Once there, he is supposed to become the face of the Slovak EU presidency. „Dobro“ also means the „good stuff“, i.e. the advantages and big profit his Slovak supporters expect he will amass in the centre of European bureaucracy. But the goodness they await goes amiss. In Brussels Dobroslav gets out of control.