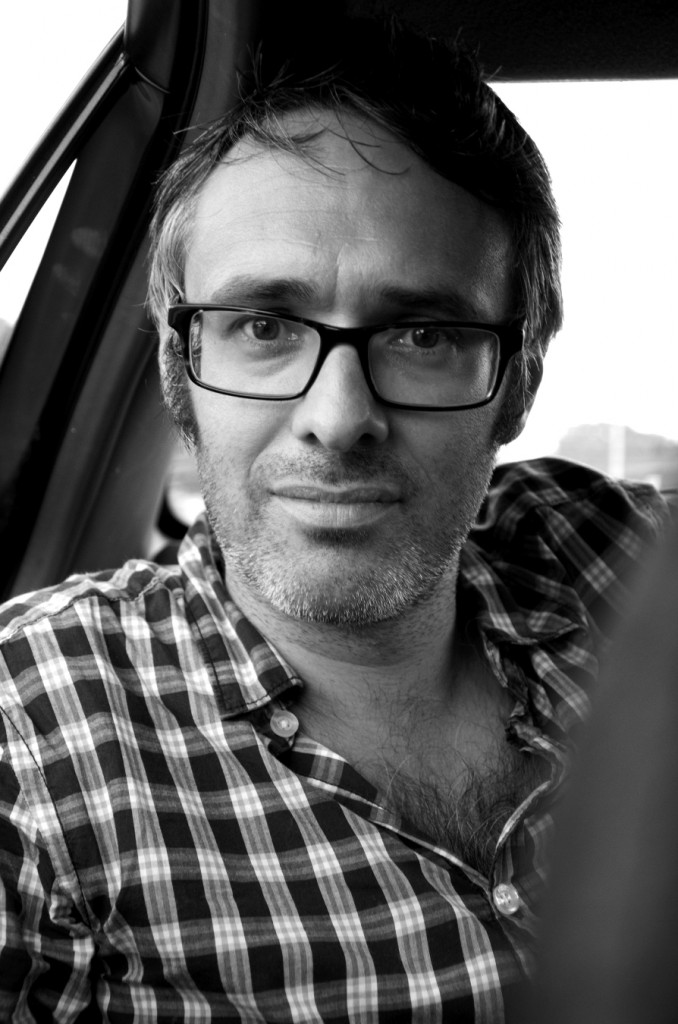 «Theatre has been for me a tool of displacement which allows me to look for and hear somebody else’s voice».
International issues are present in some of my works and the frontier between conscientiousness and unconsciousness, like dreaming, can be found in other projects.
To me, in order to be more personal, the writing of an author needs to expand and spin its web with the speech of others. This is the reason why I write for the theatre as this genre encourages, accelerates and intensifies connections.
To write about the wounds of the Algerian war of independence, refugee camps, or other themes inspired by classical literature, my creative process requires field work and encounters which could be journalistic investigations for magazines (like Les Inrocks or Vacarme) but it could also be a trip, either in foreign countries in Asia, Africa, or Europe, even the USA, or in some areas of France, in the countryside, cities or suburbs.
Hearing my text translated, watching it being worked on by actors from other theatrical cultures – through the influences of their national identities people who have a different way of interacting with the world.
Every time I had the chance to witness that metamorphosis, my love of writing and the language which is my tool were shaken and recharged.
I use theatre as a form of political art, capable of changing the health of the society, even the society itself because stories shape the world, and I am sensitive to the idea that the European project has to go through artistic creation and cultural exchanges.

Lancelot Hamelin is an author (novels, essays and plays). He lives and works in Paris. His plays are published by Théâtre Ouvert (Alta Villa, 2007), Quartett and Espace 34.
In 2007, French director Mathieu Bauer-Sentimental Bourreau directed Alta Villa at Theatre Ouvert; later, in 2010, the Comédie-Française presented A prologue for The Madness of Heracles… directed by Christophe Perton at Theatre Le Vieux Colombier.
In 2017, Alta Villa, translated into English by Christopher Campbell, was presented at Traverse Theatre, Edinburgh, and then published by Oberon Books Ltd.
In July 2013, he participated as a playwright in the Lincoln Center Theater-Directors’ Lab, New York.
Hamelin’s novels, Le Couvre-feu d’octobre (2012), À la crête des vagues (2016), are published by Editions Gallimard.
In October 2012, as a journalist, Hamelin covered the American presidential elections in Miami and New Orleans for the French weekly magazine Les Inrockuptibles.
Since 2012, he collects people’s dreams and nightmares: from New Orleans to Rome, with stops by French cities such as Nanterre, Paris, Lyons, Valence, Calais… In April 2017, Les Inrockuptibles published a reportage about people’s dreams during the French electoral period.
Lancelot Hamelin is a writer in residence at Théâtre Nanterre-Amandiers, directed by Philippe Quesne, and he is now pensionnaire (resident) of the prestigious Villa Medicis, Academy of France in Rome.

France, 1999, an old pied noir (former Algerian colonist) runs a hotel in the mountains with his two sons, Franck and Manu.
The old man is getting drunk on whisky in front of the guests: he reminisces about Algeria, his recent past in the OAS (military secret service) and his wife, Judith…
Karim is the new waiter hired for the summer. Despite the family’s racism he seems to fit in well. But something is happening between him and the girlfriend of Frank, the boss’s elder son.
As the tension mounts, we come to understand that Karim did not come to work here by chance.
He has a question to ask of the boss.
We are plunged into the events that lead up to the final crisis: life in the hotel before the storm…
The text is made up of fragments of a film script or film archive, which try to highlight the details of life in this bar in the mountains.
We feel that everything is heading for a fatal finale: after the curtain falls, Franck could kill Karim and Faïza, but also, Karim could kill Franck, or Franck kill his father, or maybe none of these murderous intentions will come to fruition – and life will continue on its opaque journey.

The weapon stages a man and a woman in a bed, in a country divided by civil war. Several elements remind us of the Israeli-Palestinian conflict, but the present events become blurred as if we were watching the scene through a time-frosted window. The woman, a retired soldier, belongs to the dominant group. The man is in the dominated group but he is no longer involved in the conflict. On the contrary, he is taking advantage of the situation to make himself rich. We discover the characters in the middle of a situation that last several nights. Lovers, they are also connected by a plan of illegal smuggling traffic. Time seems imprecise. For me, it is about dealing with a nocturnal atmosphere and the loss of time implied in it, and even sometimes dissolution of the limits between what has been dreamed and what has been lived. The more the play goes on, the more we get the impression that we are going back in time. Did the story begin at the end? Or at another time?
Something of the worldview is playing out in this mythical territory that is Palestine. How can we keep writing without facing what is going on in these places? How can we do this without being blinded by the brutality of the issues at stake?
The play is in 6 actions. They are neither scenes or acts. I would like to keep working on the blurred aspect in order to get a clear and open narrative that would allow it to be played in any order.