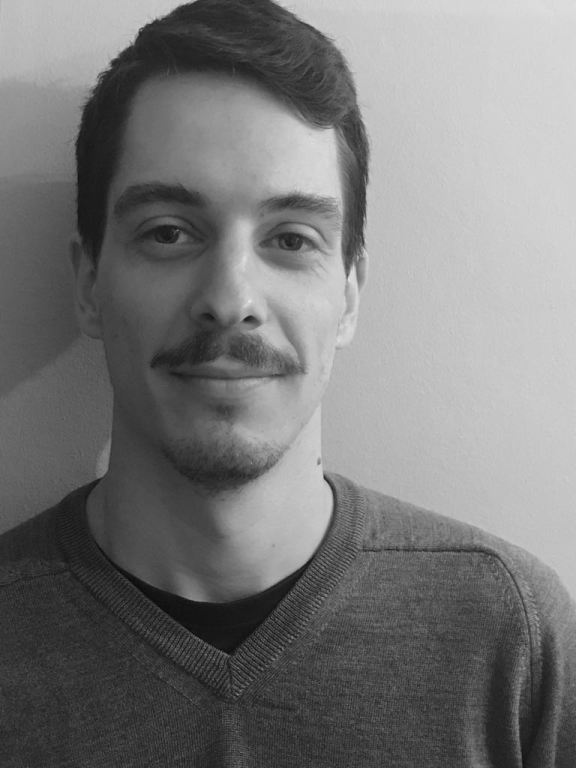 Matteo Luoni graduates in Communication Studies at the Università San Raffaele, in Milan, and earns the Academic Diploma as a playwright at the Civica Scuola di Teatro Paolo Grassi. He collaborates with the Teatro dallarmadio theatre company (Fabio Marceddu and Antonello Murgia), based in Cagliari.  “L’anatomia degli affetti” (“Anatomy of Affections”), supervised by renowned Italian playwright/director Lucia Calamaro, marks his debut in 2015. In 2016, he takes part of “Santa Estasi” (“Holy Exctasy”), a special project turned into a 20-hour show, directed by Antonio Latella. While following the whole process, he writes “Elettra” (“Elektra”) and works as assistant in the 2018 Piccolo Teatro di Milano reprise. “Santa Estasi” wins The Critiques’ Award and two UBU Awards. In 2017, he assists Antonio Latella during “Pinocchio” (produced by Piccolo Teatro di Milano) and adapts “Aiace” (“Ajax”), by Sophocles, with Linda Dalisi, also director of the play. He also co-writes “Adios”, by Simon Waldvogel. In September 2017, he is selected as one of the European playwrights at the CNES-Chartreuse’s Studio Européen, in Villeneuve Les Avignon, France. The outcome is the play “Le ossa danzanti” (“Dancing bones”). Directed by Pablo Solari, it ranks in the final six projects at the Under 30 Directors competition at the Venice Biennale Teatro in 2018. A monologue, “Deliquio” (“Swoon”), is to debut in Naples, October 2018, directed by Domenico Ingenito. Aside from Theatre, Matteo Luoni works as a copywriter for advertising in Milan, where he lives.

After her mother dies, a woman takes care of her father. He mourns his wife by hunting alone in the woods. He shoots and hurts a heron, a buzzard and an angel. The daughter, who works as a physiotherapist, is visited by the three winged and wounded figures. They seek rescue, but also try to help her deal with her mother’s death. When the father dies, he reaches his wife in the Cretaceous-Tertiary era. The two old dinosaurs stare at the sky, blackened after the fall of the asteroid, which will cause the mass extinction. To save themselves, they only have one option: to evolve and grow wings, to fly over the dusty clouds.

Dancing bones is the dramatic and joyous story of a family dealing with death, eternity, Nature, in a world populated by speaking birds, dazed dinosaurs and limping angels.