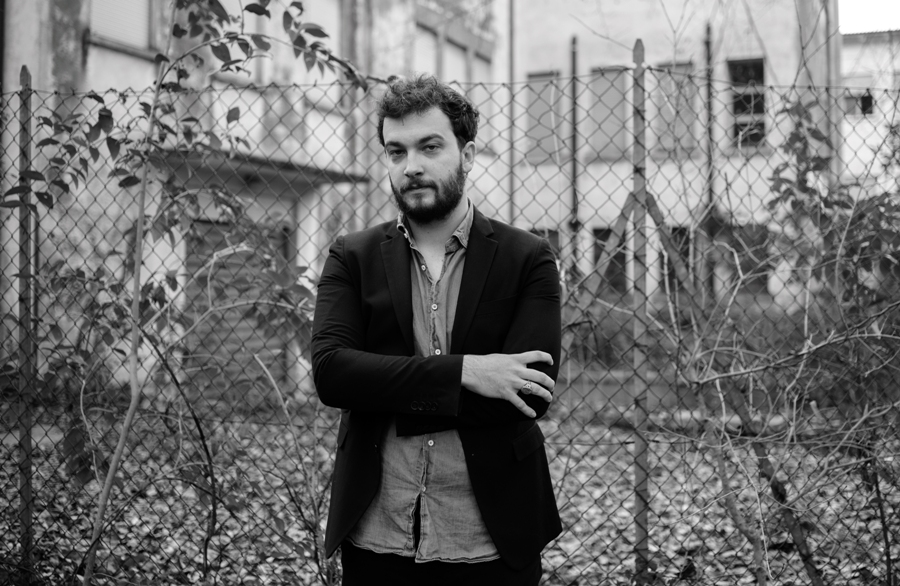 Born in Treviso on March 16, 1994. After his classical studies, he moved to Milan, where he graduated as a playwright at Civica Scuola Paolo Grassi and worked on adaptations for the direction of Giampiero Solari. Among the finalists of the Riccione-Tondelli Award in 2017 with the play Nastro 2, he won the Scenario Award 2019 with the show Una Vera Tragedia of which he is the author and co-director, together with Alessandro Ban-dini (prod. LAC Lugano Arte e Cultura, Teatro -the). Also in 2019, he made his debut at Biennale Teatro di Venezia with Saul (special mention from Biennale College), written with Giovanni Ortoleva. He works and is a playwright guest at the Greek Theater Festival in Syracuse (2018), the FIT Festival in Lugano and the Festival delle Colline Torinesi (2020). From 2019 he starts collaborating with Carmelo Rifici who calls him a member of the editorial board of Lingua Madre – Capsules for the future (LAC), a project winner of the Hystrio DigitalStage Award and the Ubu Special Award, both in 2021. As part of the same project, he writes Logical Analysis, directed by Fabio Condemi. For Piccolo Teatro di Milano he worked at the rewriting of Doppio Sogno (Traumnovelle, by Arthur Schnitzler) directed by Carmelo Rifici (produced by Piccolo Teatro di Milano – Teatro d’Europa). He is among the members of Situazione Drammatica, a project of read-ings and dissemination of contemporary dramaturgy, participating in the first edition (Teatro Carcano, Milan 2021), with the text Ultima Spiaggia. Still in the context of projects on contemporary dramaturgy, he participates in the Abbecedario per il mondo nuovo by the Piccolo Teatro of Milan and in PubblicAzione (Se non potessi più e Antagonista) by Teatro-i.

A table laden with food, before dinner, before an important dinner, a night to celebrate. Waiting for the son to arrive. The son who then arrives and shows up is not the son but some other guy. Just as the father (Vater) and the mother (Mum) change during the night, being not the parents anymore, just as the boy (Chico) isn’t the boy anymore. They try to gather memories, feelings, a common past, building and tearing down again a family unit which can’t exist but through relations that hurt each other. And at the end of the night, which still hasn’t turned into day, police finds the body of another boy in the back of a car. All that follows – an online sex chat and the dramatic meeting of two boys in the suburbs – is the reconstruction of a substitution, a stolen identity, a killing, a wound that won’t heal; a cut that never coalesces, blood spilling always at the same time, same night, everything repeats. A table laden with food, before an important dinner, where a son who isn’t really a son will arrive. And the only thing that remains is the mud invading the dining room and transforming it into something different, a place where you can eat no more.