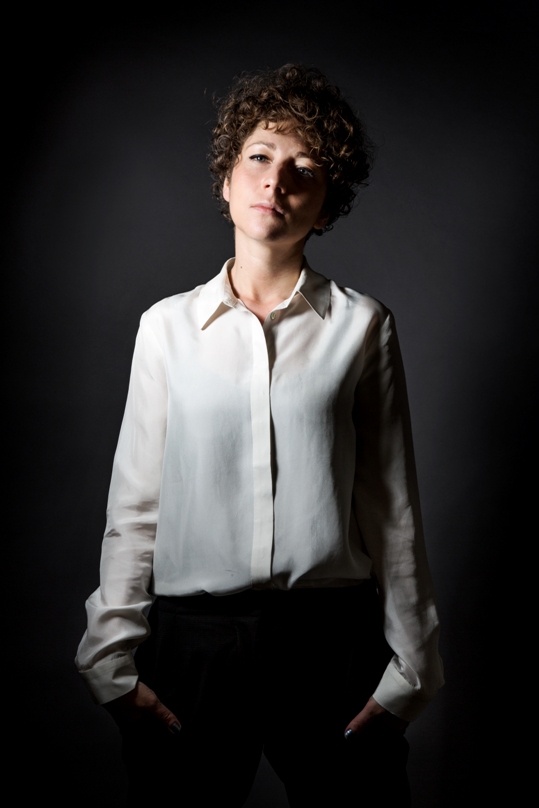 See below all the activities involving Sasha Marianna Salzmann in the frame of Fabulamundi.

Sasha Marianna Salzmann is a freelance writer and lives in Berlin and Istanbul. She was born in 1985 in Volgograd and grew up in Moscow. In 1995, she emigrated to Germany, where she studied literature, drama and media studies at the University of Hildesheim, before taking up a place on the course in ‚Szenisches Schreiben’ (writing for the stage) at Berlin University of the Arts in 2008. Following periods as an assistant director and assistant dramaturg at the Schauspielhaus Hannover and the Theaterhaus Jena. Her poems, essays and short plays were published in various magazines. She is co-founder of the cultural and social magazine freitext. Her first play‚ White Bread Music, won the Wiener Wortstaetten Prize 2009 and IKARUS 2012 and was invited to various festivals. In January 2012, she received the Kleist Prize for Young Dramatists for her play Birthmarks Window Blue. In 2013 her play Mother Tongue Mameloschn was nominated as the best play of the year with the Mülheimer Audience Award. Since the 2014/2015 season, Marianna Salzmann is writer-in-residence at the Maxim Gorki Theatre Berlin, where she is the director of Studio Я.

Muttersprache Mameloschn (Mother Tongue Mameloschn)
Three women, three generations, three sets of aspirations: grandmother, mother and daughter. Social dependencies repeat and vary across the generations: What was it like living as a Jewish woman 50 years ago in the GDR, and what does it mean today? Questions are raised about the characters’ identity, where they belong and their homeland, all against the background of the latent anti-Semitism that was widespread in the GDR, of which the mother has bitter memories. Even if some things have changed since then and they now enjoy different freedoms, the questions about liberty and how to lead a self-determined life have remained the same.

Weissbrotmusik (White Bread Music)
Inspired by the real case of the so-called “Munich subway Thugs” WEISBROTMUSIK is a story about three teenagers – Sedat, Aron and Nurit – who find themselves in a world where issues and conflicts are not theirs, they feel overwhelmed. The situations pointed to inevitably. The failure of the tree young teenagers is preprogammed.
Paradigmatic the play shows the difficulties of young people who are oriented between first and second generation, between fatherland and place of residence and who must find its own position in a jumble of cultures and religions.
2009 Marianna Salzmann was awarded for the play WEISSBROTMUSIK with the Austrian Exil-DramatikerInnenpreis (Exil Dramatists’ Prize).

WIR ZÖPFE (Us Braids)
The last week before Christmas: traditionally the time of stress, family disputes and relationship dramas. The persons in this Christmas comedy do not fit the stereotype of the German bourgeois “fest of love”. They all – Christians, Jews, Muslims – are not born in Germany: there is Vera, a Jewish-Russian doctor, in whose hospital the Kurdish flower sellers Imran was admitted after he was attacked by neo-Nazis. There is Chris, the hospital Angel. There is Vera’s daughter Nadezhda with short hair, a bottle of whiskey in his luggage and a child aborted in the head. There is Ljubov who observed everything. There is Constantine, the terminally ill family patriarch, once hero of the Red Army, now looking for a wig. There is John an American guy who sold in his second-hand shop nostalgic Soviet trash and in the night is running through the streets to find Nadezhda. Seven people whose immigrant biographies are touching, overlapping and relinking in the days of the most important German fest. Old braids are cut, someone made new ones. As it is just at Christmas.