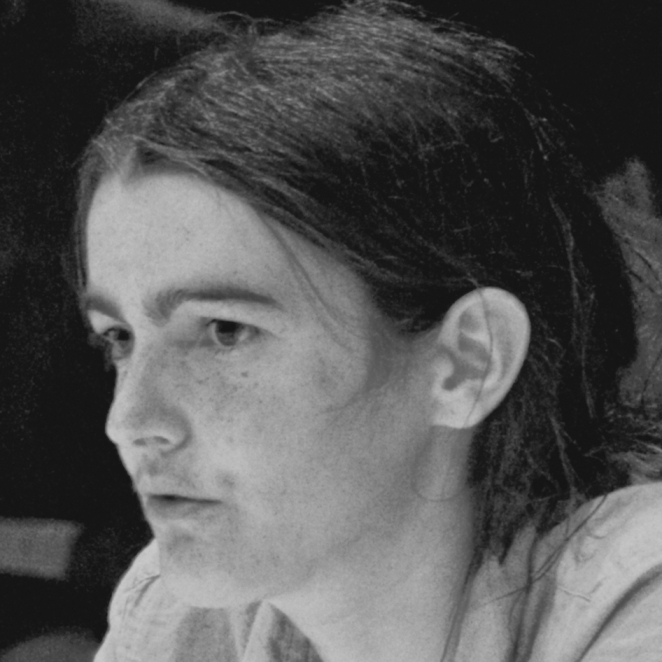 The way I see the world is essentially linked to my flesh. Writing for theatre is the only way I have found to hold back the swerved at this world prompts in me. I like flesh and everything that goes through it. This is the basis for my writing. It is bestial and noisy. What I write is entirely meant to be incarnate. It is just a part of a whole. I like everything my writing lacks to exist. I like gatherings around this living entity called theatre and all the opportunities it offers: it hurts, it sweats, it loves, it contests, it tells the story of the world in a collective way thanks to multiple artistic disciplines, and above all, what can be more exhilarating than getting away with murder?

See below all the activities involving Marie Dilasser in the frame of Fabulamundi.

Marie Dilasser grew up in north Finistère among rocks and cauliflowers. After she obtained her baccalauréat, she left to spend a year in Ireland to look after children, write letters, work in a pub and walk around Dublin. After three years in Rennes, she passed a degree in performing arts and got acquainted with the banks of Saint-Martin canal, Alfred Jarry, Francis Bacon and the dustbins of the judicial precint. Writing grabbed her by the collar and she devoted the major part of her time to it. She joined the writing department of ENSATT in Lyon and encountered, among other things, the Queer theory, the city’s typical alleyways and Copi. During this time she wrote Décomposition d’un déjeuner anglais and Me zo gwin ha te zo dour ou quoi être maintenant ?
She left for central Brittany and thanks to her first royalty payments she bought sows that she would sell as pâté and potted meat a year later.
She wrote Les vieilles, a play which was performed in Toulon by the company Le Bruit Des Hommes; Echo-Système, directed by Sylvie Jobert for the festival Regards Croisés in Grenoble; Crash test, directed by Nicolas Ramond in Vénissieux; Le Sous-Locataire, directed by Michel Raskine with Anthony Poupard in and around Vire; Paysage Intérieur Brut, directed by Christophe Cagnolari in La Passerelle in Saint-Brieuc; and Montag(n)es which was produced collectively.    Marie continues writing in her room above the local café she owns in the small village of Saint-Gelven.

Paysage Intérieur Brut
Since she came back from mental hospital, Bernadette has spent all her afternoons transforming herself in the kitchen. As she was violently put aside active life, the kitchen became her own territory where she can finally settle accounts.

Crash Test
Arsène Doch, director of a poultry factory, Brit’Butum, a factory worker, and Oyo, the delivery man meet for the first time during a serious crash. The uninjured delivery man testifies of what he has seen. Both in a coma, Arsène Doch and Brit’Butum don’t remember anything about what happened and start replaying and diverting in their minds the relationships rooted in domination, exploitation and daily violence that are typical of the factory.

Me zo gwin ha te zo dour ou quoi être maintenant?
A play in 3 parts, ponctuated by conversations between a very distinguished bull, a red angora sow, and a carnivorous sheep about their living conditions and their owners: Boruta Priscillone, who claims to be an illegal immigrant, Paule Kadillac, a girl who wishes to be reborn as a man, and Elfie Razhad, the mother who, in one single day, saw both her husband and his mistress leave. Restricted by their gender, their age and their nationality, these characters struggle and try to free themselves from the yoke of their imposed identities.